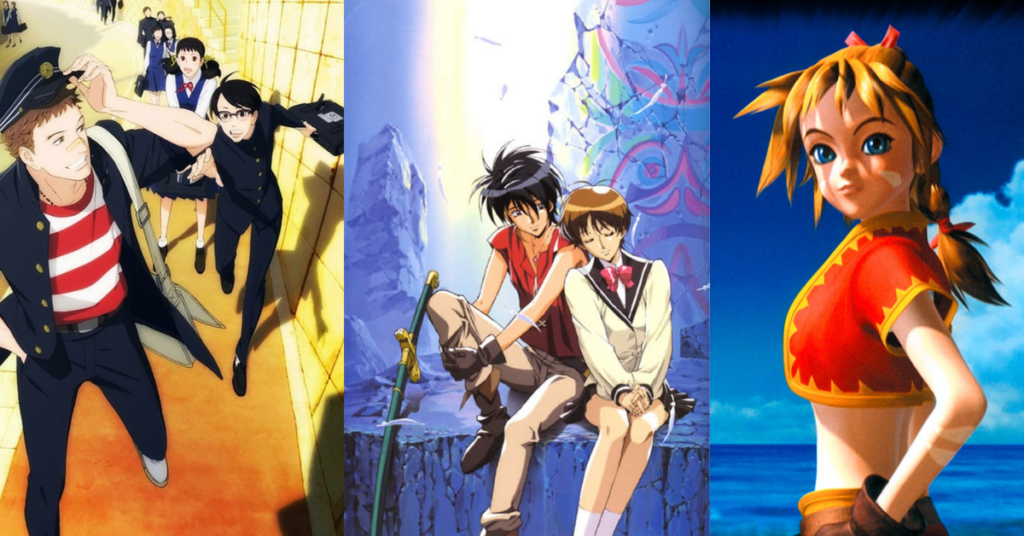 Each week we try to get the more curious of the anime-watching and manga-reading population to learn a little more about the creators who make their beloved series. People know their Hayao Miyazakis, their Hideaki Annos, their Hirohiko Arakis, but there’s a whole world of creators who make all their favorites unbeknownst to them, which needs to change.

So far, we’ve covered film directors, manga scribes, and hybrid anime-Ultraman scriptwriters on the Know the Creators column, but we’ve left out (at least) one key person to the animation process thus far: The character designer.

It might seem like machines and algorithms churn out these visual-character-archetypes at times (and with some of these modern anime, it’s tempting to really believe that), but very real people are putting pen to paper just to figure out how your characters look and what your characters wear.

One of the best character designers is Nobuteru Yuuki, whose dreamy characters can be found all over anime and video games.

Nobuteru Yuuki’s been known to go to Tokyo Disneyland with Five Star Stories creator and Zeta Gundam designer Mamoru Nagano. His work on Toward the Terra reignighted a fannish spirit in his heart. The ‘Manga and Anime research club’ from his Saitama high school can proudly boast him as an alumnus.

Before he was an animator, he worked a Government job and produced doujinshi on the side, and kept an active participation in several doujinshi circles well into his professional career. While mostly known as a character designer, Yuuki did actual animation work on classics like Megazone 23, and still occasionally dabbles in other parts of anime production.

The Character Designs of Nobuteru Yuuki

You can’t talk about what makes a Nobuteru Yuuki design with talking about his love for big, honking noses. Creeping into his original character designs, noticeably starting with The Vision of Escaflowne and hanging around through Heat Guy J and beyond, Nobuteru Yuuki admits that his penchant for distinct sniffers comes from a love for a certain brand of shojo manga less popular with ‘Anime Fans’ and more in line of what your average Japanese girls were reading in the mid-90s.

Taking that Shojo nose and plastering it on mecha anime and hard-boiled detective stories could be called genius all its own, but once he started mixing it up with his never-ending imagination for fantasy-fashions, a unique styling was born.

When it comes to his philosophy for adapting other people’s manga characters for television, perhaps most excellently done in the Paradise Kiss anime, Yuuki does believe in a little bit of personalization. That doesn’t mean he’s attaching big-old-honkers on Ai Yazawa character designs, but because in his own words he can ‘never match the original’, he tends to convey his adapted characters with some additional heaviness for subtle realism.

We arbitrarily decided here at Know the Creators to include three recommended starting points (mostly to keep these articles from getting too long) to get into each featured-artist’s work. Without any further beating of the bush, here’s a handful of titles that feature characters designed by Nobuteru Yuuki!

The Vision of Escaflowne

We (I) wax poetic about The Vision of Escaflowne any chance we (I) get! An entire magical and constantly engaging cross-section between shojo, mecha, and fantasy, no other anime in the world quite like it exists.

The way the show looks is just one of the reasons it remains one of the best pieces of animated storytelling the world has to offer, and there are two reasons in looks so good: First, animation studio Sunrise was at the top of their game. Second, Nobuteru Yuuki got to go buck wild and the show’s entirely better for it.

His signature extra-long noses, hair sharp enough to crack a mirror, and rich, imaginative fashions look great on TV and even better in their movie iteration. Yuuki’s contributions to making Esclaflowne as distinct as it is, untouchable to this day, cannot be understated.

Chrono Cross. It is criminal that the only way to obtain this game legally at the time of writing would be on the Playstation 3 or Playstation Vita digital storefront, and that’s shutting down at the end of the year! We hope Square Enix sees the financial potential of giving Chrono Cross the remaster and prerelease treatment they’ve afforded the Playstation 1 Final Fantasy trilogy.

While not the only reason we pray for this to happen nightly, getting to the see the myriad designs Nobuteru Yuuki whipped up for this Playstation 1 Squaresoft Not-Final-Fantasy Japanese RPG, which span all sorts of genders, species, and states of existence, would be a treat. With forty-five potential party members to find in the game, some of whom are dogs and aliens and the like, you can witness the full spectrum of Yuuki’s imagination.

Kids On The Slope

Nobuteru Yuuki is capable of contorting his illustrative efforts to recreating the art of any mangaka, while keeping both his and their spirit intact. One reason we wanted to highlight Kids On The Slope, instead of say the beautiful X/1999 or fan-favorite Orange, is because Yuuki’s name often gets left out of this modest show’s received praise.

Being a collaboration between the Shinichiro Watanabe-Yoko Kanno dream team, they’ve gotten most of the accolades, and they’re not undeserved, of course. However, Nobuteru Yuuki perfectly mirrored original manga author Yuki Kodama’s designs while adding just that little bit more weight to them, giving all those fluid rotoscoped-animation segments of jazz jam-sessions some extra real-world grit. Subtle, but dear to the show’s wealth of experiences.