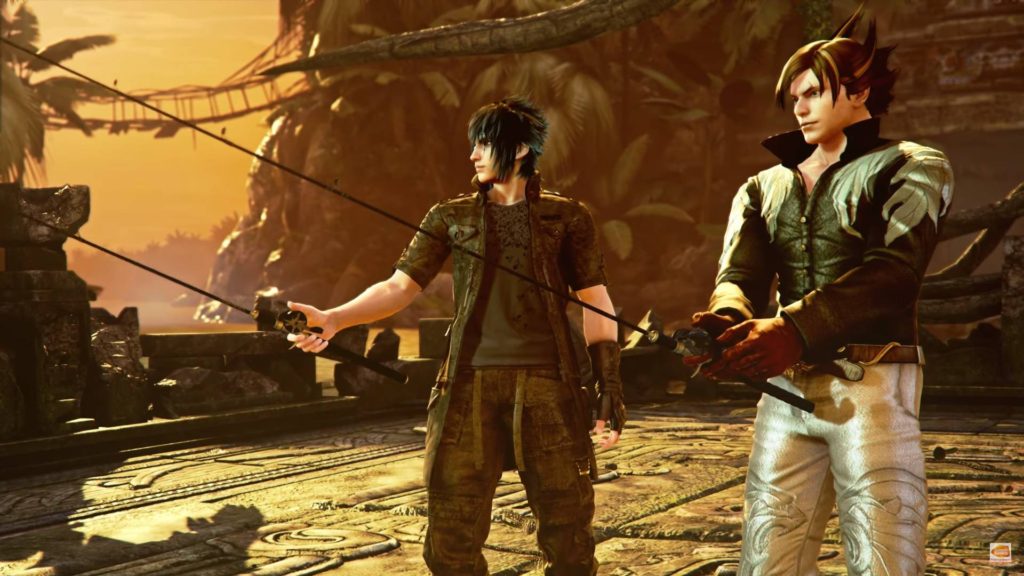 Lately, the world of fighting games has been awash with crossovers, and we’re talking about a genre that has certainly been no stranger to the concept historically. It’s a trend that seemingly gained traction with Capcom‘s Vs. series, and has now become an integral part of keeping each iteration of any given title fresh and compelling to pick up and play.

In the past three years though, we’ve seen the likes of Cloud Strife of Final Fantasy VII join the ranks of the Super Smash Bros. brawlers and the cast of Rooster Teeth’s RWBY step into the ArcSys fighting game universe in BlazBlue Cross Tag Battle. There has been one game throwing curveballs pretty consistently as of late, however, and that trend shows no signs of slowing down. Coming a few months after the announcement that Geese Howard of Fatal Fury fame is to join Tekken 7, we’ve been hit with another huge Final Fantasy bombshell.

Noctis Lucis Caelum from Final Fantasy XV enters the Tekken 7 ring! Wielding his signature Engine Blade, Noctis is ready to deal heavy hard-hitting blows as he takes on the likes of Yoshimitsu, Devil Jin, Jack 7, and the rest of the Tekken 7 fighters when he enters the King of Iron Fist Tournament in spring 2018!

How on (Eos) did Lars get Noct’s number? I’m pretty sure they don’t even live on the same planet!

Noctis will be introduced to the PlayStation 4, Xbox One and PC versions of Tekken 7 as downloadable content in Spring of 2018. In addition to the Hammerhead stage clearly visible in the reveal trailer, I’m extremely hopeful that a fishing minigame will finally be introduced into the Tekken universe. It’s only right.