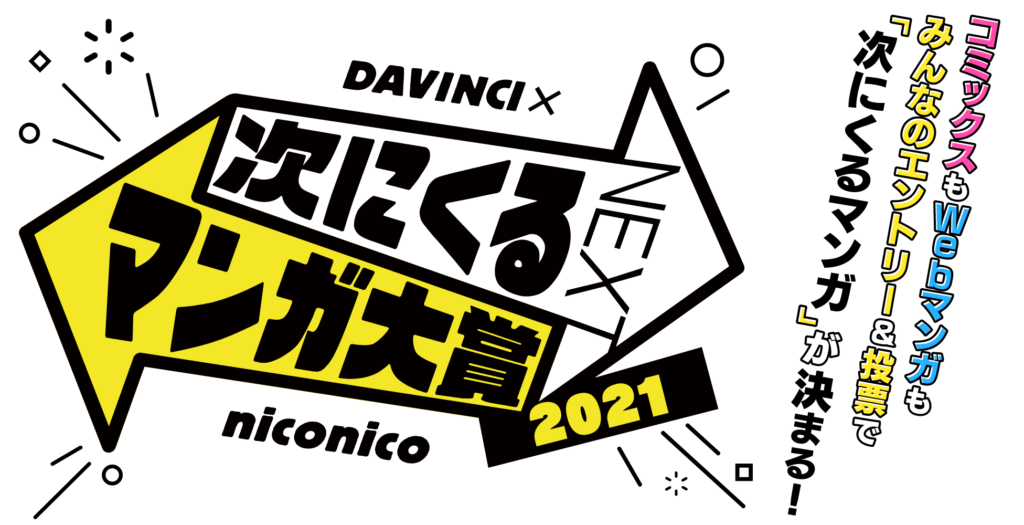 The nominees for the Next Manga Awards 2021 have been unveiled, including some OTAQUEST staff favorites.

Organized every year by Da Vinci and Niconico, the Next Manga Awards (also known as the Tsugi ni Kuru Manga Awards in Japanese) are of particular interest to us as they specifically aim to highlight what is up and coming. Eligible series in the print or web manga category must either have less than five volumes published or started serialization after 1 January last year, which fans submit through the official website. A judging panel then determines the final list of nominees, which fans vote on. 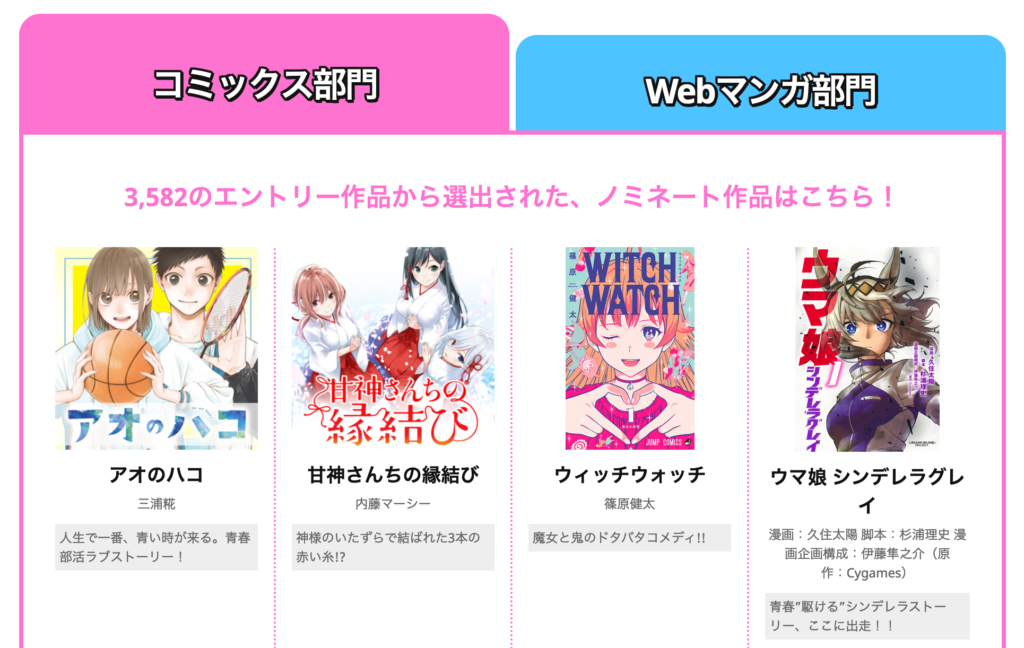 Last year, the Weekly Shonen Jump series Undead Unluck by Yoshifumi Tozuka took home a very well-deserved win in the print manga category. There’s no shortage of Jump series this year, either: there are no less than six manga serialized in the magazine among the nominees for the Next Manga Awards 2021. These include Blue Box by Kouji Miura, Witch Watch by Kenta Shinohara, The Elusive Samurai by Yusei Matsui, and Magu-chan: God of Destruction by Kamiki Kei.

Other notable series in the print manga category include Kanehito Yamada and Tsukasa Abe’s tearjerker of a fantasy series Sousou no Frieren, Negi Haruba’s tokusatsu labor of love Sentai Daishikkaku, as well as the incredibly original historical thriller Chi. -Chikyuu no Undou ni Tsuite (About the Movement of the Earth) by Uoto. All of these deserve more recognition, making picking a winner from among the Next Manga Awards 2021 nominees very difficult indeed. 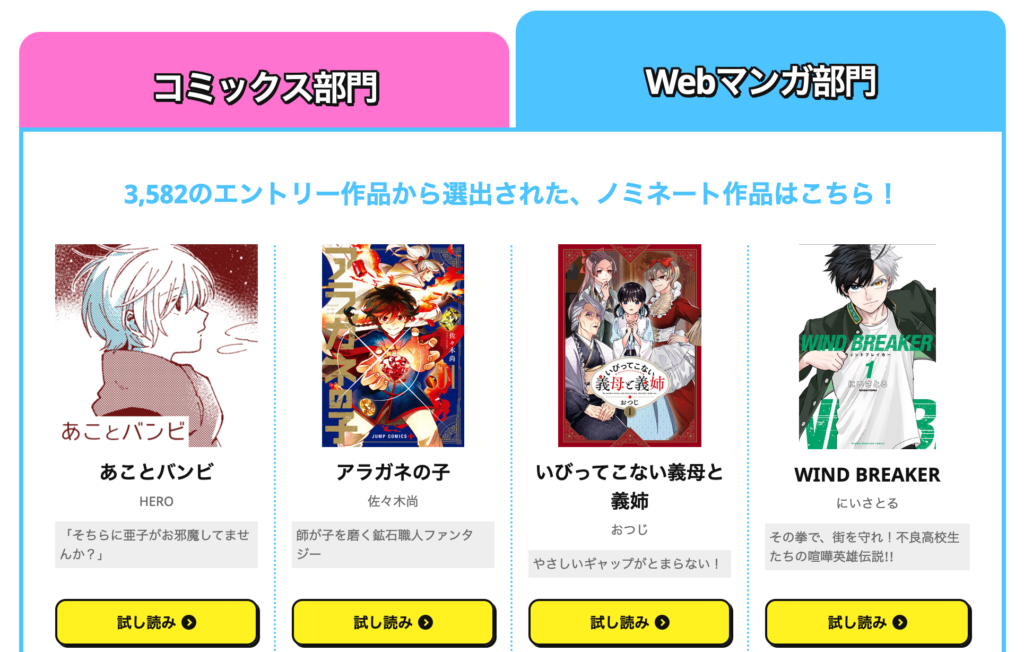 Moving on to the web manga category, The Dangers in My Heart by Norio Sakurai picked up a well-deserved win last year. The series’ star has only risen since then, meaning that this is a golden opportunity for the manga that wins it: the nominees that we have articles on include Kaiju No. 8 by Naoya Matsumoto, Ron Kamonohashi: Deranged Detective by Akira Amano, Gaming Princess by [email protected] (story) and Maru Masao Yoshi Mokumoku (art), as well as Dandadan by Yukinobu Tatsu.

Considering how much momentum Sousou no Frieren and Dandadan have behind them, in particular, it wouldn’t be surprising at all to see them both win in their respective categories. Nevertheless, anything could happen between now and 2 July, which is when voting ends.

You can find the full list of nominees via the Next Manga Awards website (mainly in Japanese).