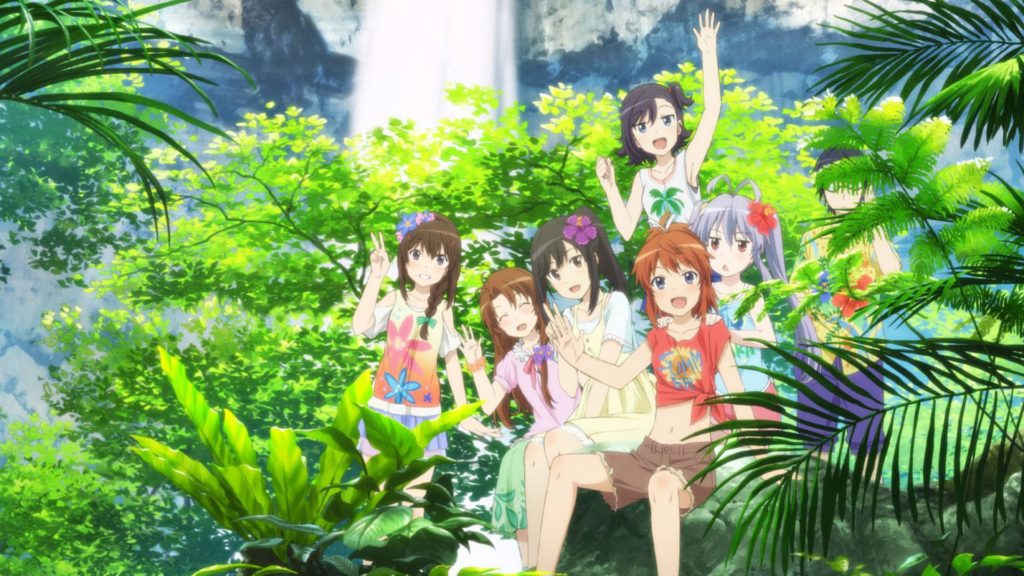 When it comes to the slice-of-life genre, few are more recognizable to fans than author Atto’s Non Non Biyori, a series which follows the lives of a few lovable young residents of Asahigaoka, a tiny town in rural Japan. When you live in a town where there are only five students in total attending the school, eliminating the need for even multiple teachers teaching the multiple grade levels of the students.

With over two anime seasons under the Non Non Biyori name, I’m sure everyone is well aware of the upcoming anime film Non Non Biyori Vacation which is set to release during the month of August. Well, the official website for the film today revealed a brand-new key image which features all of our favorite countryside kids hanging-out in the luscious forests of the Okinawan islands. You can take a peek at it in all its glory below! The lush locales of Okinawa are such a drastic departure from the rice fields of Asahigaoka that we’ve become so accustomed to, so as someone who has admittedly not read the entirety of the manga, it’s surely going to be a treat to see how the crew has managed to land themselves on Japan’s southern-most islands.

The film is opening in a rather limited capacity — just 27 theaters around Japan when it launches on August 25. With these kinds of releases however, it is not uncommon for the theater list to expand depending on the financial success of the first few weeks on the silver screen.

Animation studio Silver Link is returning to animate this theatrical release, and the wonderful nano.RIPE are returning to perform the film’s opening theme song. The voice actresses of the four lead characters will all be lending their voices to close out the film with the ending song, which will be composed by rising anison craftsman ZAQ.

Non Non Biyori is an absolute hallmark of the extremely chilled-out side of the slice-of-life genre, and I’ve been craving more ever since the credits rolled on that last episode of Non Non Biyori Repeat. If you’re looking for something to ease that fast-paced, big city tension away, then I recommend nothing less.

More information on the film can be found here, on the official site.