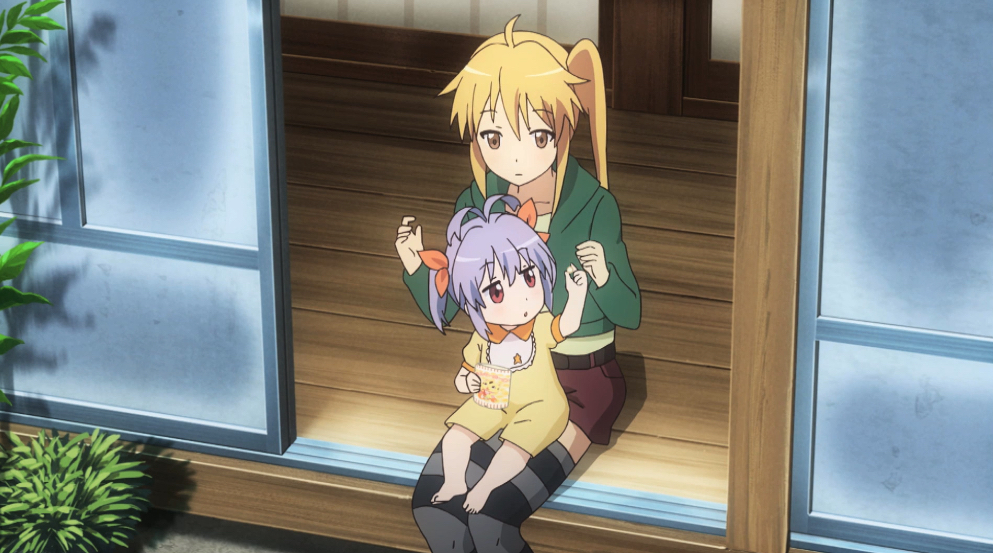 If you’re a fan of Non Non Biyori like I am, you know that the woman nicknamed ‘Candy Store’ is one of the more underrated characters in the anime/ manga series. The manga may have officially ended a couple of months ago but Candy Store fans can get a little bit more ‘Candy’ in the July issue of KADOKAWA‘s Monthly Comic Alive, which just came out on Thursday.

The new story is a prequel to the original, and the first part takes place when Kaede Kagayama (that’s her real name!) was a third-year junior high school student. 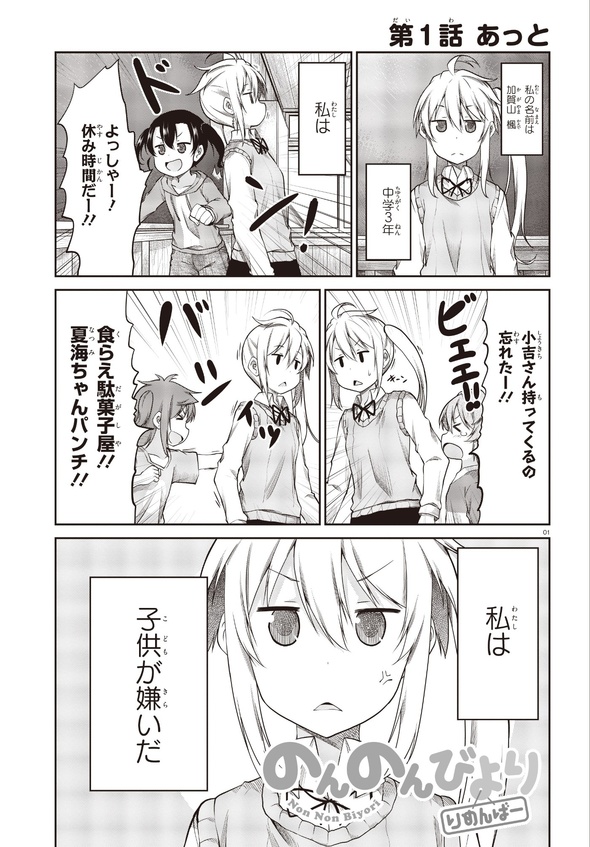 We’ve already met a slightly older, high school-age version of her, who babysat Ren-chon. The series also provided other hints about her background before she inherited her grandmother’s small town candy store.

The new story is called Non Non Biyori Rimenba, which is a Japlish way of saying ‘Remember.’ They’re calling this a short-term serialization, not a one-shot manga. However, it’s not clear how long the new series will be, or if the whole thing will follow Candy Store. (If so, they will need a replacement for everyone’s favorite weirdo, Renge.)

Incidentally, the anime series also released the DVD/ Blu-ray for season 3, volume 3 in Japan this week. So, there’s a lot for Non Non Biyori fans lately.