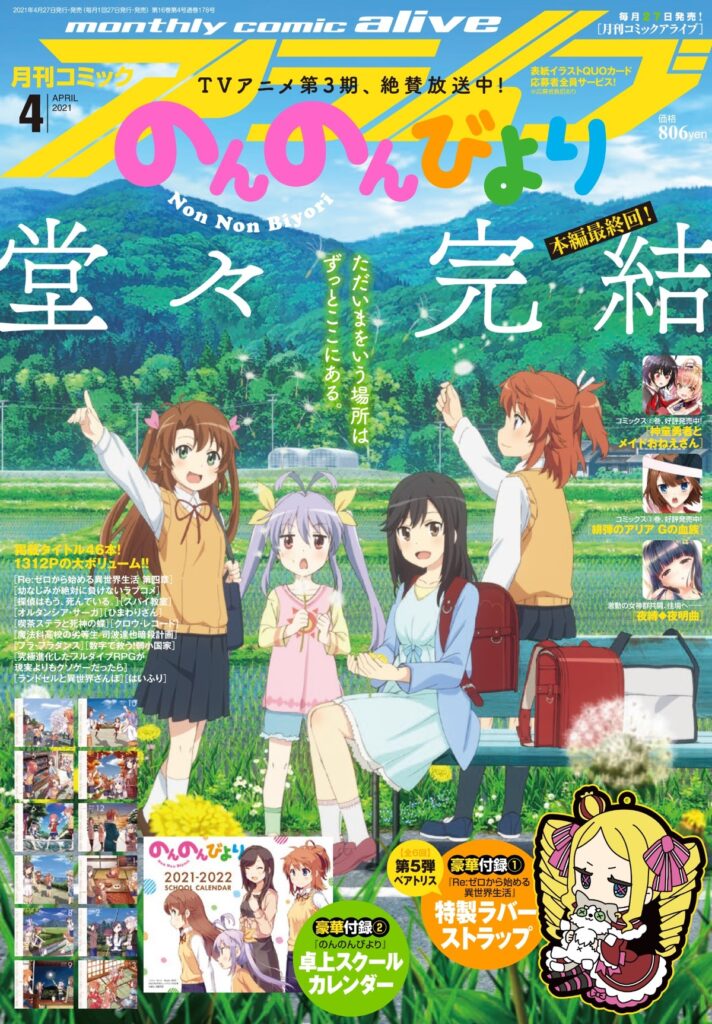 After 11 years, Monthly Comic Alive published the final chapter of the Non Non Biyori manga in its April edition, which came out on Friday (Japan Time).

Manga artist Atto started this comfy slice-of-life comedy series in 2009, and it was adapted into an anime series in 2013. The anime is currently in the middle of its third slow-paced season.

If you’ve seen the anime, then you already have a pretty good idea of the manga. Ren-chon is just as odd and amusing in both versions. 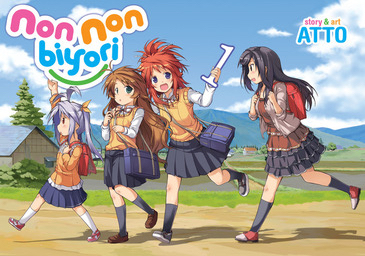 Fans of Non Non Biyori have compared it favorably with Yuru Camp (Laid-Back Camp), because of its all-natural countryside setting and relaxing charm. Both also have relatively small, mostly schoolgirl casts.

Of course, comparisons will only get you so far. While the girls of Yuru Camp often head out on camping adventures, Non Non Biyori focuses on the average, everyday adventures at home. In their case, home is a small farm town with only a handful of students (and multiple grades in the same classroom). And slow is not the same thing as boring, as the series has had some truly hilarious moments. 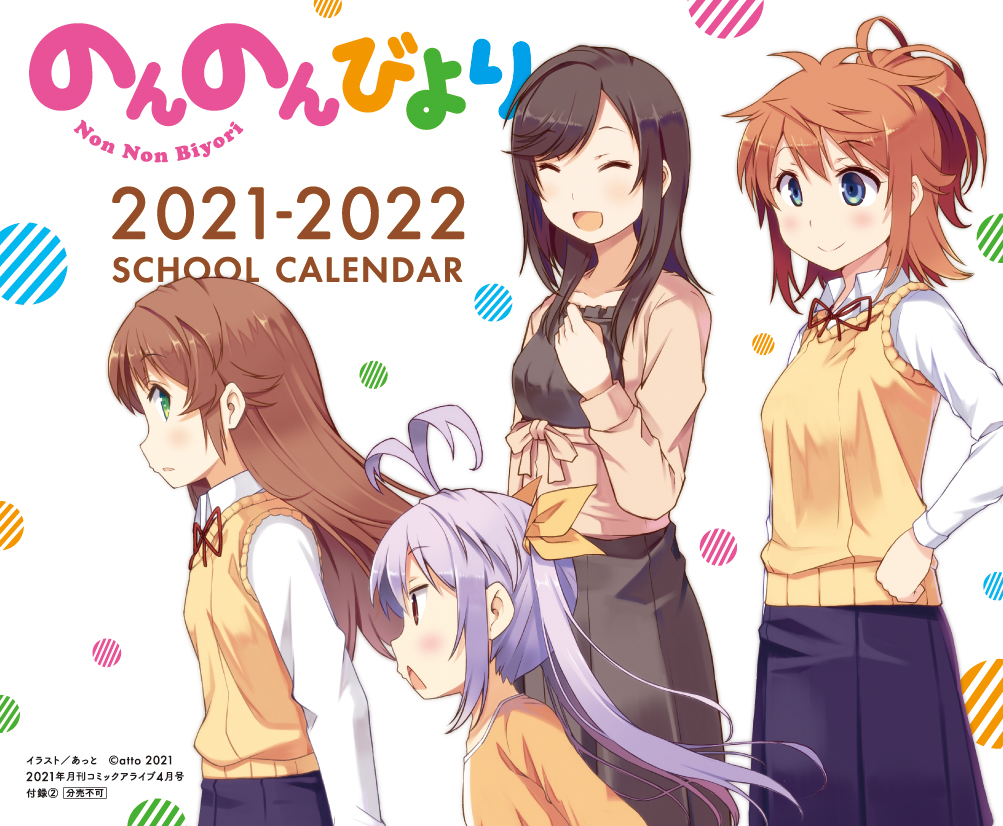 Incidentally, the April edition of Monthly Comic Alive comes with a Non Non Biyori 2021-2022 desktop school calendar. The final tankobon of the manga, Volume 16, will be released on 23 March.