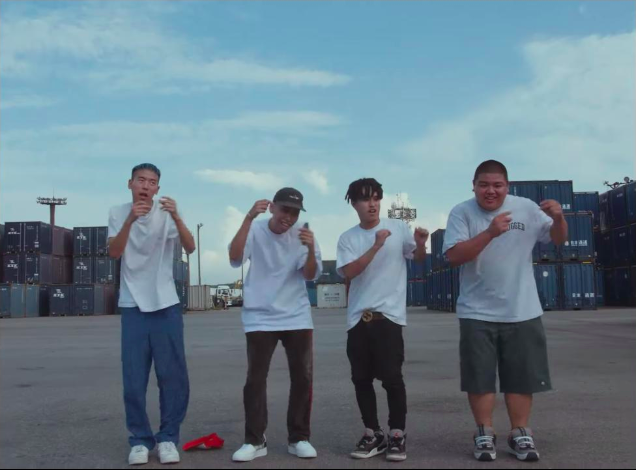 It works to lower your guard sometimes and have some fun sometimes. That’s a lesson more Japanese rappers could benefit from, as a lot of the music coming out of this corner of the nation’s music community can sometimes seem a little too preoccupied with showing off their serious chops rather than making something, you know, enjoyable. They should be more like Normcore Boyz, a Tokyo collective who have moments of self-seriousness, but balance it out with numbers about walking around in nature and celebrations of Santa Claus (shades of A Dipset Christmas, always welcome). Their new single “ANTI SOCIAL CLUB” goes even further by being a playful, dance-indebted number complete with endearingly goofy video. Watch it below.

The beat goes a long way towards giving “ANTI SOCIAL CLUB” its loose feeling, as it avoids the trap-inspired or emo-tinged sounds most young rappers in Japan have flocked to in favor something far closer to electronic music. The swiftness of the tempo gifts this one a particularly light vibe, and makes repeated instances of “drip drip drip” sound pretty hooky. Nobody involved with Normcore Boyz is treating this as a joke, as they use their verses to flex their unique approaches to hip-hop before the sing-a-long hook comes in. Yet they also seem to be having fun in their delivery — just check the melodic “skrrrt skrrrrt” that pops up later on.

Really, though, the video is what shows they are just enjoying themselves. Few rappers in Japan are going to gather in some sort of outskirt-adjacent parking lot to perform synchronized dance moves in front of 18-wheelers…but here we are, Normcore Boyz looking like they are having a blast as they sorta-kinda move in unison. Don’t expect J-pop-level choreography, but that’s part of the charm — just some young kids getting together, making songs and pogoing around some trucks.