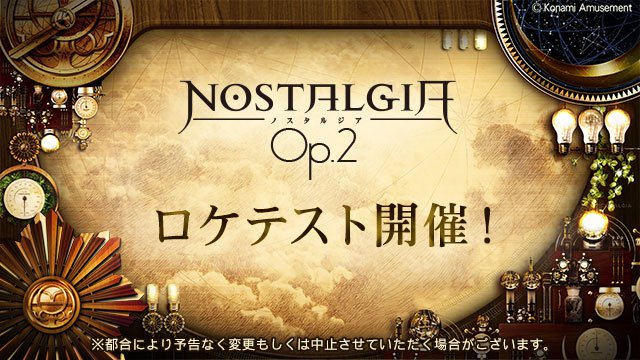 Just now, KONAMI announced that the new version of Nostalgia, titled Nostalgia Op.2, and it will be heading into location testing this Friday, July 13 until July 16 at Silk Hat Kawasaki Dice and Round1 Umeda in Japan. The theme seems to still be astronomy but a tad bit steam punk based. Nostalgia is piano based touch music game released by KONAMI in March, 2017 and Nostalgia Op.2 marks the third game in the series. 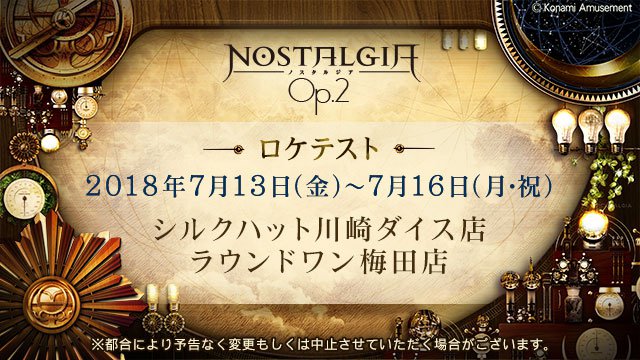 Remember to get to either location for your lottery number where you can expect new tracks along with new game features when you’re number is called.