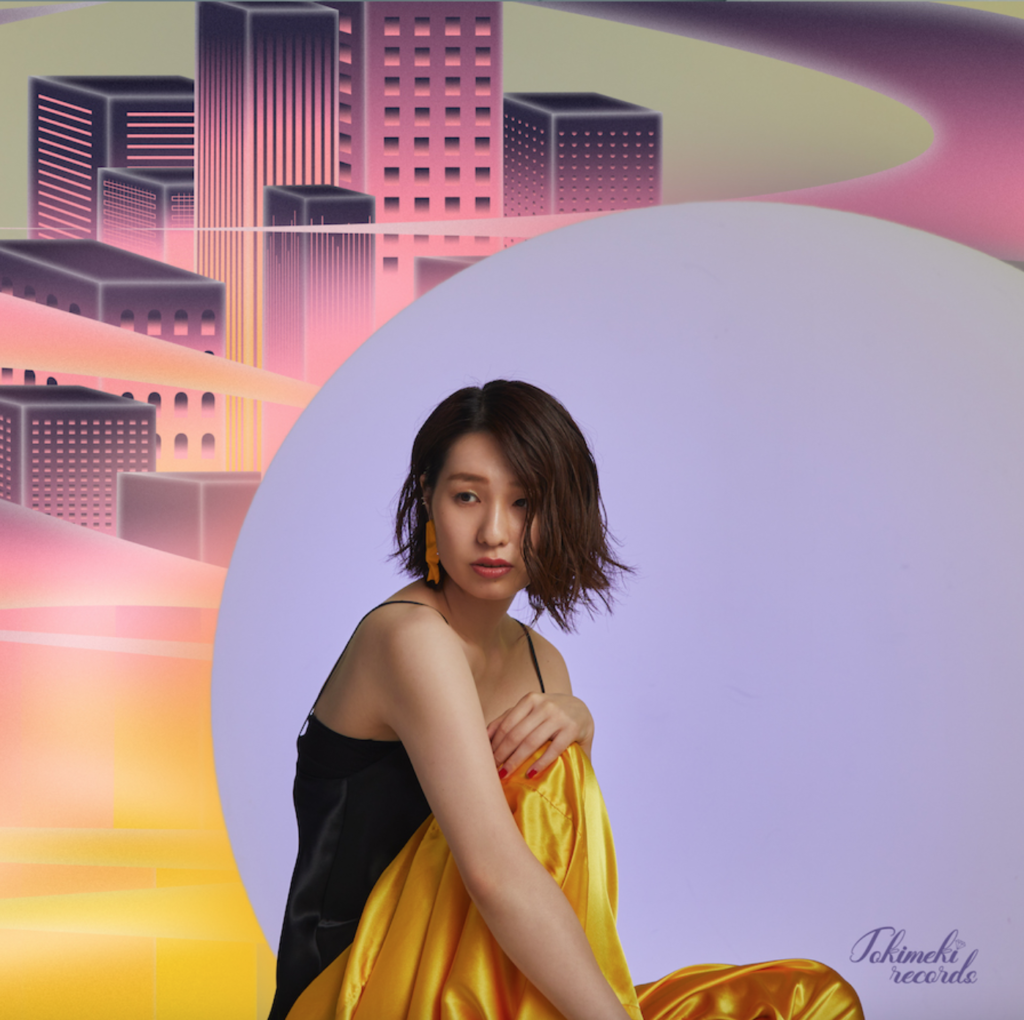 In this feature, OTAQUEST aims to help introduce some of Japan’s best musicians to the world. Today, a new project obsessed with the old. As global interest in city pop swells, new outfits in the modern Japanese music landscape are starting out with retro trends in mind, with today’s featured artist being one of the most buzzed-about domestically at the moment. After a series of successful releases on subscription streaming services, it has been labelled a hit-in-waiting for the back half of 2021, with the potential to go further than Japan’s boundaries. It also says a lot about the place of nostalgia in the world right now.

The Japanese music industry is well aware of the world’s current fascination with city pop. Not to get too ‘I have talked with people at labels in the past year’ here, but the online-powered success of songs such as ‘Plastic Love‘ and ‘Mayonaka No Door / Stay With Me‘ has caught everyone’s attention. Labels are racing to get older works back into circulation or, more savvy than before, getting them online. Artists are getting back together, with one eye on the potential for international attention that alluded them when they were younger. Then you have something like Tokimeki Records, a new set of faces tackling the sounds of yesteryear at a time when that’s en vogue.

Started in 2019, Tokimeki Records is enjoying newfound buzz in Japan, with an eye pointed outside of the archipelago too. The relatively anonymous project (it feels like a loose collection of collaborators coming together to cover some hits rather than a locked-in band) has started enjoying more press coverage in the country, highlighted by Nikkei Trendy magazine naming them one of their picks to be a breakout music ‘hit’ for the second half of 2021. That prediction seems to be moving in the right direction, with the project’s latest song ‘Night Birds’ getting attention on streaming charts across Asia (more on that in a bit).

Maybe Tokimeki Records will be the next big hit, or just a content creator for streaming services in need of more covers. Their existence at this moment, though, is telling of where Japanese music is at in 2021. Let’s take a deeper look at them.

Settling Into the Night

The story of Tokimeki Records really starts in 2016, when Spotify finally launched in Japan after years of anticipation. While other platforms had already kicked off by this point, most media attention fell on the arrival of the world’s biggest subscription streaming service in a nation that, at the time, was still seen as being obsessed with CDs and generally portrayed as being behind the times. Spotify’s debut in the country signalled a change, albeit one that had already been in motion primarily via YouTube; the Japanese music industry was catching up to the digital realities of modern life.

At about the same time, listeners all over the world were falling for an older form of Japanese pop, dubbed ‘city pop’ by many. This maximalist and shimmering take on funk, disco and other popular forms from the 1980s enjoyed a lot of love during the country’s Bubble Years. Songs such as Mariya Takeuchi’s ‘Plastic Love’ became viral hits decades after appearing in Japan, sparking newfound interest in older music out of the archipelago.

These two developments would be vital for the what Tokimeki Records does today.

Figuring out just what Tokimeki Records is proves to be difficult. The project began in 2019, powered by the company Namy&, a label and artist management company with a particular interest in retro-tinged acts. Tokimeki sells itself with the following description:

‘When the night falls on the city, Tokimeki Records take the stage to bring you the nostalgic sounds. When the summer was nearing its end in 2019, a musical project was launched to cover 80s-90s hit songs of Japan and abroad. Electro-boogie sounds highlighted by synthesizers are infused with the singer’s soulful & sensual voice to tell stories of sophisticated, mellow and sultry evenings.’

Initial covers of Takeuchi’s ‘Plastic Love’ and Olivia Newton John’s ‘Physical’ among others featured a foundation of session multi-instrumentalist Yuma Hara and a rotating cast of female singers who would stick with the project as it moved forward. They include Hikari from the Tokyo group Mime (a great outfit, check out their newest album, a charmer from 2021!) and Malaysian singer Froya. Over the course of that first year, they covered a mix of Japanese and English-language hits from primarily the 1980s.

The YouTube views and general attention was relatively muted at first… but the Spotify streams were looking strong, especially around the ‘Plastic Love’ cover. They had hit on something important: people turned to services like Spotify to find music, including Japanese songs. A cover of a familiar hit could connect with listeners all around the world… especially when said number wouldn’t actually be on the service until a year later.

Reflection With a Purpose

Tokimeki Records have kept busy in 2021, releasing more covers of songs, ranging from new viral discoveries such as Miki Matsubara’s TikTok-famous ‘Mayonaka No Door / Stay With Me’ (above) to less celebrated numbers like Miki Nakatani’s ‘MIND CIRCUS.’ They also kept dabbling in non-Japanese numbers, including most recent offering ‘Night Birds,’ a cover of English band Shakatak’s number from 1982. Listen to that below.

The buzz around Tokimeki Records isn’t necessarily a result of their music, itself a sleek and often faithful take on the source material. Rather, they stoke excitement because of what they put out and how they distribute it. They converge around two epoch-shifting trends for Japanese music: global interest in older pop and the sudden rise of digital spaces being the go-to space for the industry both domestically and internationally, and have the numbers to back up hopes they can grow even bigger. They are playing the Spotify game perfectly, bringing to mind the electronic duo AmPm, who studied what songs did well on the service en route to scoring some platform-centered hits. That they use a variety of singers from across Asia (where the city pop boom has been especially strong) underlines this strategy, allowing them to perform even better across the continent.

Tokimeki Records represent what comes next as Japan becomes more savvy about how to market music. They might channel the past, but this project is all about what comes in the future.

While ‘Plastic Love’ might have been an early hit for the project, this take on a Takeuchi-penned song for Akina Nakamori fits the voice of Hikari much better.

Their finest cover, largely because they find a gear not present in the original, making it their own.

No worries about cashing in on a TikTok-powered surprise when your take is so solid.