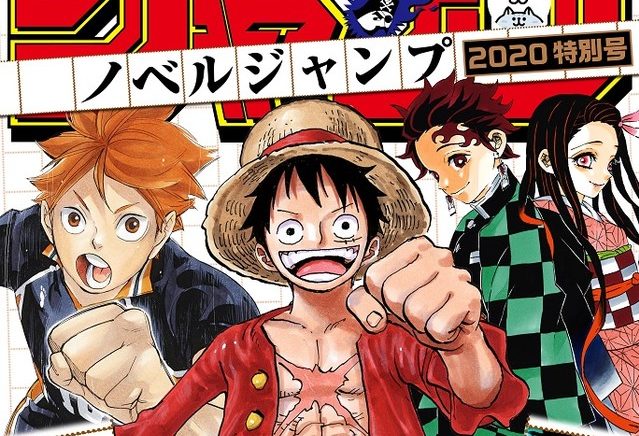 Weekly Shonen Jump may be off this week due to the Coronavirus, but that doesn’t mean that you can’t get your regular fix of Jump goodness. Announced just this morning, Shueisha is putting together a special magazine entitled ‘Novel Jump 2020’ that features chapters from the various light novel adaptations of the publisher’s ongoing series. Here is the lineup (translations mostly taken from @WSJ_manga):

As of the time of writing, ‘Novel Jump 2020’ is only available via the Zatrack and TanZak light novel services (owned by Shueisha), but the company plans to release the special magazine on other services come May 1. 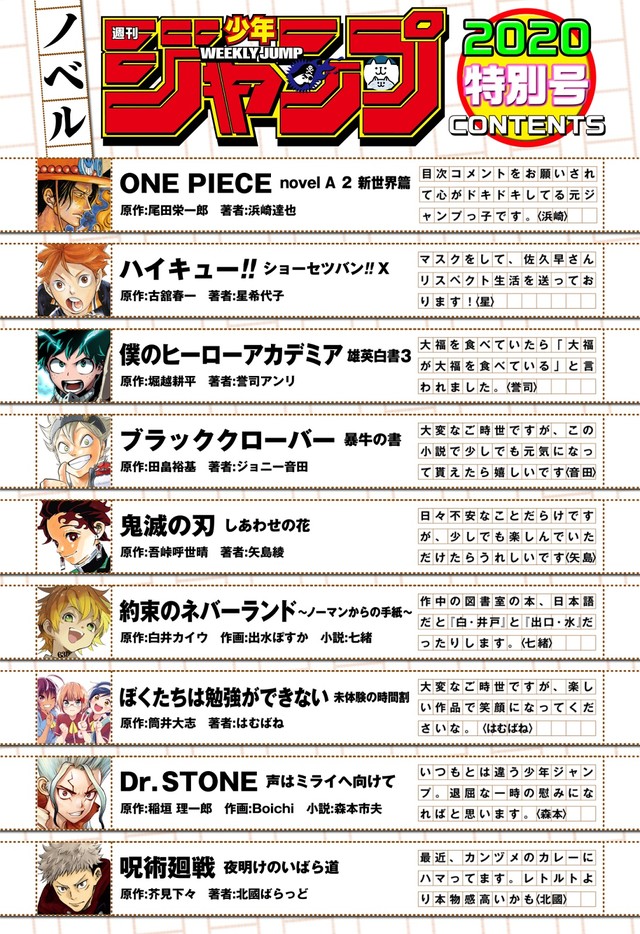 Whether or not Novel Jump was always planned to release during this extraordinary period, during which Weekly Shonen Jump was forced to take its first unexpected hiatus since 2011, is an open question. Certainly, this project could have been in the works for a long time before that, with the release date simply being moved up to take advantage of the gap in the production schedule.

Nevertheless, the criteria by which the editorial team over at Jump J Books – Jump’s light novel publication label –  chose the chapters seems to suggest the opposite. According to Comic Natalie, the Novel Jump 2020 lineup was chosen on the basis of “those chapters that you want to read because of everything that is going on” and “those chapters that go beneath the surface of the series’ worlds.”

In this sense, Shueisha seems to be offering its manga readers with a golden opportunity to branch out and get familiar with some of the company’s light novels in the form of Novel Jump 2020. Whether or not this succeeds, however, remains to be seen.

You can read Novel Jump 2020 via Zebrack and TanZak now.