Nujabes is a Legendary Name in Avant Garde Hip-Hop 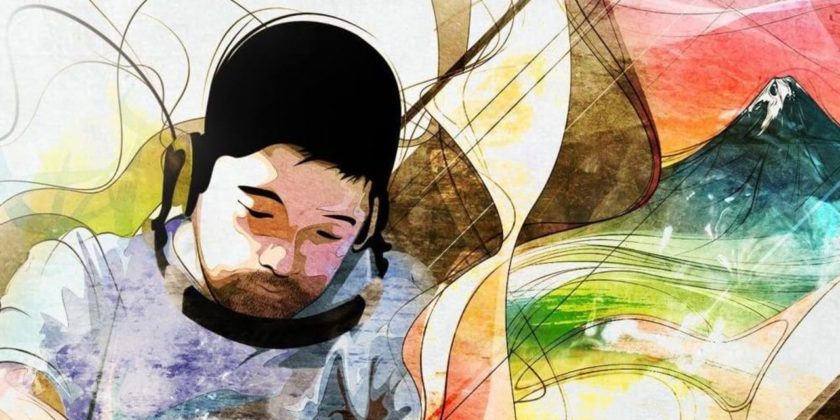 From his emergence in the late 90s until his untimely death in 2010, Nujabes was a pioneer in the ever-changing Hip-Hop scene, and well known across the globe – possibly even more so in the West than his home country Japan.

The name Nujabes is a backward spelling of the artist’s birth name, Jun Seba (Seba Jun, in Japanese standard order). Seba’s passions included experimenting with Hip-Hop and Jazz, blending the two genres together harmoniously and elevating Hip-Hop to new levels of sophistication in the process. In such, his signature sound stood out and was a favorite among music enthusiasts and Hip-Hop fans around the world.

Nujabes would often collaborate with other artists from around the world, like Shing02. A Japanese born Hip-Hop specialist who spent his early life relocating in cities all over the world and ultimately ended up in the bay area of Northern California as a young adult, Uyama Hiroto, who is known for his down-tempo style Hip-Hop, Substantial, a rapper based out of Virginia, and Minmi, a Japanese singer who specializes in Reggae and Hip-Hop.

Following his death, these artists, as well as many others, have released numerous albums and continue to this day to perform tribute concerts in honor of Nujabes, an indication of the boundless influence his music has left on the Jazz Hip-Hop scene and with his closest collaborators and friends who were always as much a part of his music as himself.

Anime fans and Hip-Hop fans alike were exposed en masse to the genius of Nujabes through the 2004 hit anime series, Samurai Champloo. Directed by Shinichirō Watanabe of Cowboy Bebop fame, Samurai Champloo is a spiritual successor in the sense that it follows much of the same formula and style. Whereas Cowboy Bebop features Space bounty hunters and calming jazz music to class everything up a notch, Samurai Champloo is set in Edo-era Japan, infused with Hip-Hop culture and sounds.

The art style of Samurai Champloo was fresh, and the story captivating, but the star of the show was no doubt, the music. To sufficiently infuse the show so that it lived and breathed in Hip-Hop culture, something novel was absolutely essential.

The Hip-Hop soundscapes found throughout the series that met these criteria were produced by two primary artists, one of which was Nujabes, and the other, Fat John, an American MC, and producer out of Ohio. The two created instrumentals that at times almost seemed as if the show was created to complement the music, rather than the other way around.

Aruarian Dance is one such track that has remained a popular piece of music following the show’s success. Its lo-fi stylings have gained popularity on Youtube in a time where people often search for mix playlists of relaxing music to accompany chill study sessions. Various edits of Aruarian Dance have appeared, with some amassing more than a million hits.

Samurai Champloo also led to some of Nujabes’ most well known collaborative pieces with Shing02 and Minmi. The song Battlecry was used at the opening theme of the anime and featured Shing02 as a lyricist. The ending was Shiki no Uta, which featured Minmi’s vocals. Both of these tracks have been elevated to legendary status among anime songs, and contributed vastly to the fame and widespread recognition of Nujabes.

Albums in Life, Albums in Death

Nujabes released three full-length albums, each with over a dozen tracks starting with Metaphorical Music in 2003. Artists from overseas such as Cise Starr, Five Deez, Pase Rock, and Substantial provide backing vocals for half of the tracks on the album, while the other half are instruments.

One standout track and a personal favorite is Lady Brown, which combines Cise Starr’s lyrical flow with a funky jazz instrumental that maintains the perfect balance between mellow and energetic. Next came Modal Soul, perhaps the most well-known of Nujabes’ studio albums in 2005, similar in structure to the first, which features the stand-out track: Feather, once again featuring Cise Starr, this time with Akin, both of which are members of the group CYNE.

Nujabes’ third full-length album, Spiritual State, was left in an unfinished state upon his death. His close friends and collaborators would work hard to see it finished and released two years later, first in Japan, then the United States. It features 14 tracks, 7 of which are collaborations with the usual suspects, who ensured it followed a similar pattern to the previous albums as that is the way Nujabes would have likely wanted it.

The posthumous release of Spiritual State is indicative of a driving force that resides within Nujabes’ collaborators and friends to continue the legacy of the man that inspired and shaped their music so substantially. Tribute works including songs and entire albums have followed steadily since, to the extent of more total tracks than he had produced himself during his career.

The name and legacy will live on forever via those he influenced over the course of his short, but a fruitful career as a Hip-Hop pioneer – not in Japan, but rather the entire world.

Nujabes: 5 Things You Need To Know