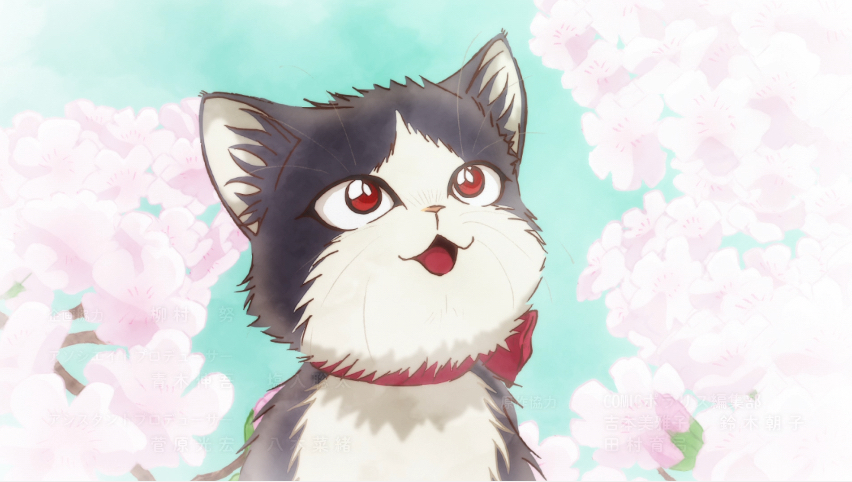 If you have a cat, or if you just like cats, you’ll love Monday, 22 February. That’s National Cat Day (Neko no Hi) in Japan!

Japan is one of those cultures (along with Turkey, Egypt, and a few others) that ADORES cats (at least, generally speaking. My Japanese grandmother wasn’t a cat lover). In 2018, the Japan Times reported that 9.6 million pet cats lived in Japan. Considering Japan’s size, that’s a lot of little felines.

Let’s take a look at this peculiar cat holiday; cats in Japanese culture; and how Japanese cat culture influenced the world.

The origins of Japan’s National Cat Day are as fuzzy as a kitten. A 2016 ABC News story says that it started in 1978 with a poll by ‘the Executive Cat Day Committee.’ But the BBC says that 2016 was the 30th annual National Cat Day. A lot of publications say either 1986 or 1987, so let’s go with that.

There are no specific rituals or traditions for National Cat Day; it’s just a day to appreciate and enjoy our feline friends.

Japan’s National Dog Day is 11 January, but it doesn’t get nearly as much publicity. In fact, there used to be more dogs than cats in Japan, but cats just sneaked up on the dogs (isn’t that just typical), and in 2017, they overtook them. The growing popularity of cats contributed to Cat Day’s growing acceptance.

We think that cats were introduced to Japan as early as 200 BCE, and they’ve been a part of Japanese art and culture for centuries. Utagawa Kuniyoshi (1798-1861) loved to draw cats, and there are many other examples of cats in traditional Japanese art.

By their very nature, cats can seem a bit mysterious, with their stealthy prowling movement and nocturnal habits. That’s probably where the idea of Bakaneko, a cat yokai, comes from. Some Bakaneko are shape-shifters who can take human form. Neko Musume from GeGeGe no Kitaro is a friendly version of this. 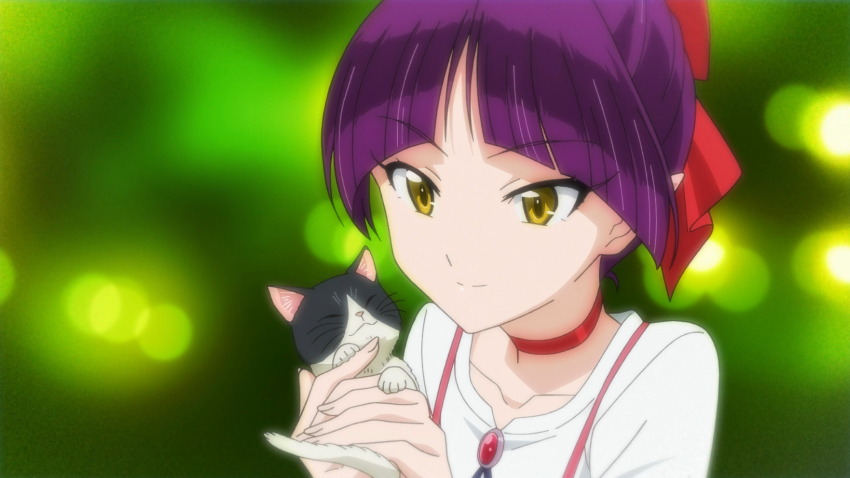 On the other hand, Nekomata are monstrous; they have been known to eat people.

Then there is the Beckoning Cat, or Maneki-neko. According to one legend, the Beckoning Cat saved a samurai’s life during a storm near Gotokuji Temple in Setagaya, Tokyo. The samurai was sheltering under a tree when the temple’s cat caught his attention. He followed the cat away from it, and shortly afterward, lightning destroyed the tree. As a result, the grateful samurai financed the temple. That temple is still known as the ‘cat temple,’ and they have dozens of maneki-neko statues on display there.

Another version of the story says that the cat belonged to a merchant, and it beckoned customers into his store. That certainly explains why a lot of Japanese businesses have maneki-neko statues, but it lacks the poeticism of the Gotokuji tale.

There are too many cats in anime to count them all, but here are some favorites: 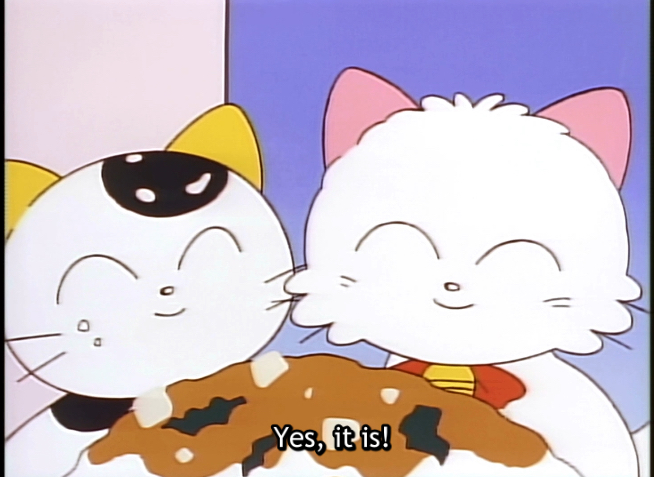 Tama of the Third District- Have You Seen My Tama?: This is one of those interesting ‘lost’ or classic anime series that Crunchyroll will sometimes rescue from the archives. The character designs are very Sanrio-ish, but don’t let that fool you.

This 1993 series features a whole lot of cute cats (and a few dogs). Human things get misinterpreted from their creative and imaginative animal point-of-view. It’s mostly a fun, cute comedy, and a little bit of a kitten-sized adventure. Surprisingly, there are also dark and deep episodes involving ghosts, other mystical creatures, and death. 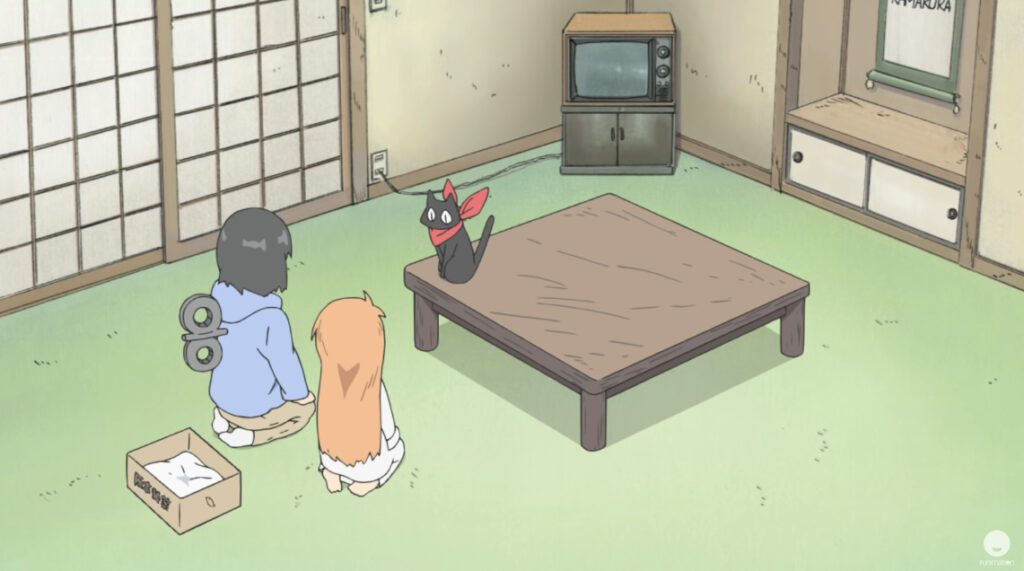 Other cats: Kyo Sohma from Fruits Basket is based on the legend of the cat who got tricked out of the Zodiac. Kyon’s cat Shamisen in The Melancholy of Haruhi Suzumiya temporarily gains the ability to speak, thanks to Haruhi.

Sakamoto-san from Nichijou is technically older than Hakase or Nano, and he tries to act like a father figure; but he’s still just a cat. And poor Sakaki on Azumanga Daioh loves cats, but can’t get near one without getting bitten or injured.

If you haven’t seen My Roommate Is A Cat, about a writer and his eccentric cat (or a cat and her eccentric human), I highly recommend it.

Happy is not so much a cat as he is a fish-loving mascot/comic relief character for Fairy Tail. But it says a lot that the cute blue kitty was the only character that Hiro Mashima ported directly into Edens Zero. Aye, Sir!

You also have Luna and Artemis, the two adorable feline guides for the Sailor Scouts in Sailor Moon, and their offspring Diana! 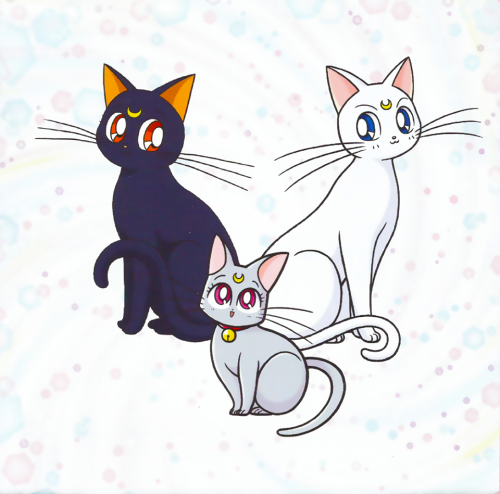 A lot of Studio Ghibli films have cats in them. The best ones, in my mind, are sarcastic Jiji from Kiki’s Delivery Service and Moon from Whisper of the Heart. If Moon’s train-riding habit sounds improbable, it has happened in real life. One cat was even a stationmaster on the Kishigawa Line.

Honorable Mention: Doraemon, who doesn’t act like a cat; and Kirara from Inuyasha, who doesn’t look like one. Also, all of the cute catgirls ranging from Azunyan (K-On!) to Cyan (Show By Rock!!) and even Serval (Kemono Friends).

Of course, cats are popular in lots of places around the world. Here in Los Angeles, we even have a CatCon, dedicated to cats in pop culture. But Japanese cat memes fueled this cat-themed pop culture explosion: Maru the box cat, Nyan cat, Longcat, etc. are all from Japan. All of the aforementioned anime cats also helped.

Japan didn’t invent the cat café (that was Taiwan), but they certainly helped to popularize them.