Who Knew The ‘Nyaruto’ Soft Vinyl Cats Would Be So Adorable? 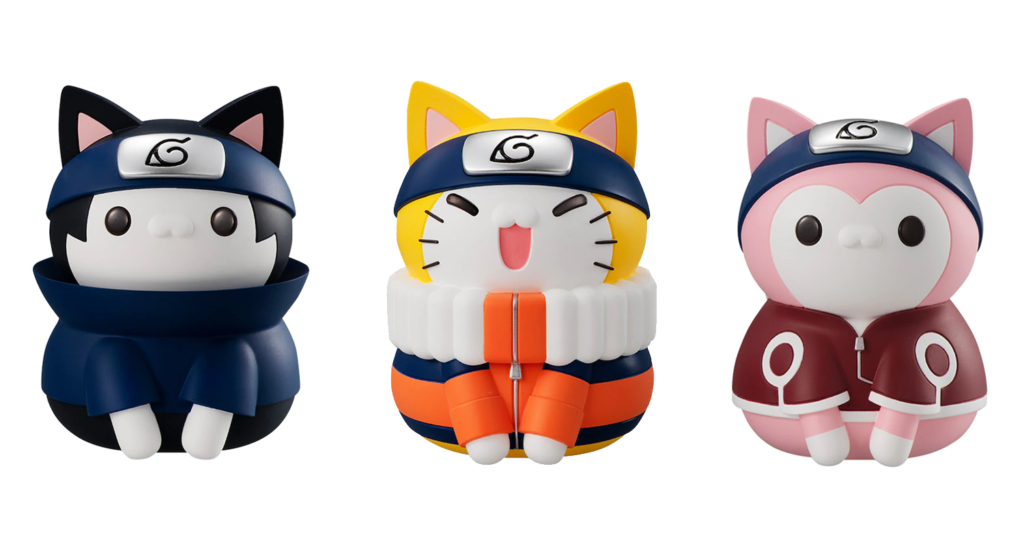 Naruto itself has been over for some time now, but the franchise remains a giant kunai shaped touchstone in the anime culture. It’s sequel series Boruto is still going strong, though the original manga creator Masashi Kishimoto received a harsh set back recently with his first post-Naruto series Samurai 8 prematurely canceled due to lack of readership. Despite said cancellation though, Naruto’s such a strong property that we’re not too worried for Masashi Kishimoto’s future, financially speaking. Case in point, Even in 2020 there’s new and creative Naruto themed merchandise to be bought. These Soft Vinyl Toy cats are worth it for the ‘Nyaruto’ pun alone. 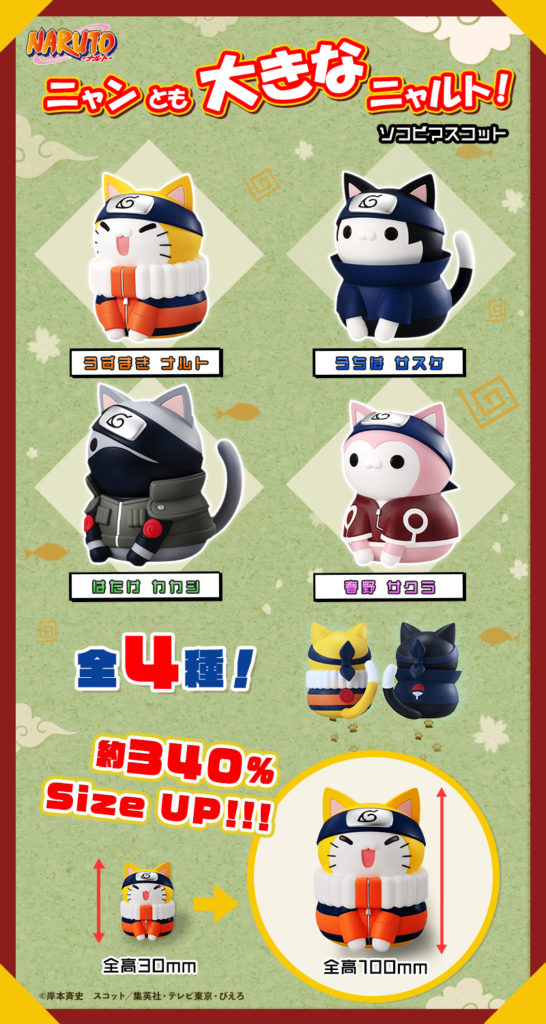 These soft vinyl cats are have been decked out in old school Naruto, pre-Shippuden, Team 7 outfits. Naruto, Sasuke, Sakura, and even Hatake Kakashi are here and if you want to collect these cool cast, they’ll set you back 1540 yen each. They’re based on an existing Naruto soft vinyl cat collectible previously sculpted at a tiny 3 centimeters. This new Nyaruto collection scales up the Team 7 kitties to 10 centimeters or roughly 4 inches. Not huge enough that you wouldn’t have a place to put them, but still big enough to adored at from a distance.

We love that this Nyaruto collection is a homage to the show’s early days, bringing us back to simpler times. While the Naruto Shippuden era of the show is what fans remember most fondly, what with its more mature themes and iconic Akatsuki members running amuck, that first chunk of Naruto is still rather endearing.  Of course, his orange jumpsuit has been a meme for the better part of a decade, but the original with the blue and white fluff is still an iconic outfit look if we’re being honest.

The Nyaruto soft vinyl collection will be released in November, and you can preorder the cats here.