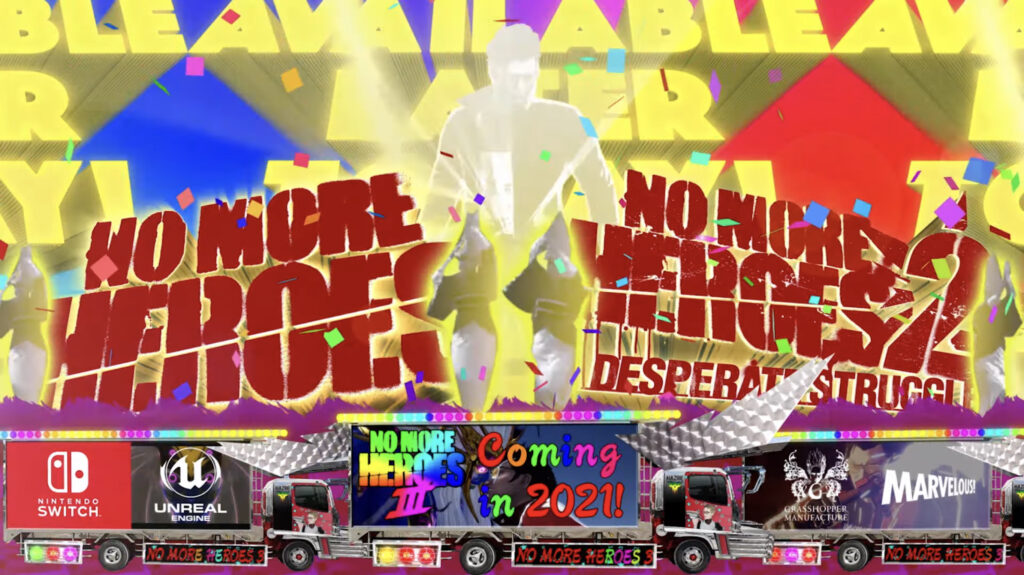 Without warning, Nintendo chose to drop the latest Nintendo Direct Mini: Partner Showcase for October 2020 onto unsuspecting audiences, a Direct the company confirmed would be the final Partner Showcase of 2020. While a surprise announcement, for sure, the event didn’t disappoint, with a huge array of new announcements and exciting updates on previously-announced titles being shown in a jam-packed 20-minute showcase. With this Nintendo Direct Mini, there’s plenty to look forward to for the rest of this year and the beginning of 2021 if you’re a fan of Japanese games!

The event opened up with an update on the development of Bravely Default II, treating fans to a fully-voiced new trailer centered on the new protagonists and more information on the game’s story. In this brief trailer, the focus is predominantly aimed at introducing players to our four main protagonists, Seth, Elvis, Adelle and Gloria, and the Continent of Excellence where the game’s adventure takes place.

Both the world and characters are different from the areas and characters familiar to those who have played previous games in the series. Still, while the locations may be new, the tone and setting, alongside the gameplay, are familiar, the turn-based action of the original as seen in the demo released earlier this year making a return.

A good chunk of time is also spent introducing us to the various Asterisk Holders we meet on our journey and their unique abilities and jobs that we can use over the course of our journey. For example, we meet the vanguard Dag, who can take advantage of their buff nature to protect allies and use shields to attack enemies. There are Bards like Orpheus who can use melodies to inflict magical spells on allies and enemies. Anihal is a Beastmaster similar to those seen in previous entries, characters who can summon and control beasts they face, while Shirley the Gambler uses a wheel of chance to inflict attacks on enemies, but there is a chance they can backfire.

It all sets itself up for an engaging experience, with Square Enix also implementing difficulty changes based on feedback to the earlier demo. This all builds towards a February 26th release on Nintendo Switch.

Next up in the October 2020 Nintendo Direct Mini was a look at Story of Seasons: Pioneers of Olive Town. While the farm-cultivating gameplay of previous entries once again makes a return here, this title will see our protagonist take over his old grandfather’s farm as they start a fresh life in Olive Town. However, upon arrival, all that exists is little more than an overgrown forest, leaving you to chop trees and cultivate the farm from scratch.

This gives you the ability to shape your farm however you like. Rundown facilities and wild livestock can be found in the forest as you refine the area and you can tame these animals or take advantage of these buildings while creating your farm. Alongside familiar features to fans of the series like interacting with the town and marriage, the game should be a hit with series fans. Story of Seasons: Pioneers of Olive Town is set for release on March 23rd 2021.

Following that was an update on No More Heroes 3. The tone of the announcement was as tongue and cheek as you’d expect from the series, right from Travis entering the toilet at the beginning of the trailer. In this game, the number 1 assassin in the assassin rankings is required to face a new, larger threat, as his fight has expanded from a battle between assassins to a fight to the death on the galactic stage against aliens and intergalactic forces. It’s just crazy enough to work, with lots of fun content being shown.

Still, that’s not coming until 2021, without even an indication of which season of the year the title is set to release. With a bit of time to wait before diving into Travis Touchdown’s latest adventure, fans old and new will be pleased to hear that No More Heroes 1 and 2 have both been ported to Nintendo Switch. Not only that, these titles are available to download right now on Nintendo eShop.

Toning down the action from there is a port of HAL Laboratory’s mobile puzzle game Part Time UFO. Originally released on mobile devices as the company’s first independently-published mobile game, this game sees you control a UFO and its claw in order to help people complete various tasks. This new release looks to expand on the original release with new modes as well as co-op play, and releases on Nintendo Switch later today.

The final title in the English Nintendo Direct Mini: Partner Showcase for October 2020 was Hyrule Warriors: Age of Calamity, which received yet another new trailer ahead of its release next month. While this trailer shows little in terms of new information for those who haven’t been following the game since its announcement, that doesn’t mean there was nothing to show. New gameplay showcasing players controlling the various Divine Beasts is another feather in the game’s cap that looks to be a lot of fun to control.

Perhaps more important than this is the news that a demo has now been released for this new Hyrule Warriors title. This demo will give an introduction to the story by allowing players a look at chapter 1 of the adventure ahead of the game’s release, with data transferring to the full game when it’s released on November 20th.

If you watched the Japanese October 2020 Nintendo Direct Mini, however, there was one more title shown at the end to close out the event. Alongside showing off Hyrule Warriors, Koei Tecmo Games had a brand new original IP to unveil to the public, this one being a buddy-cop story-focused action title named Buddy Mission BOND.

This story-focused action title follows Luke, a man in the police academy who tries to become a hero like his late adoptive father. He goes alone to a compound thought to hold a kidnapped woman after an email from a mysterious criminal known only as AAA is sent to the police department, but upon arrival finds the thief Aaron instead. although they sit on different sides of the law, they can work together to find the truth behind Luke’s father’s death and the mysterious conspiracies impacting the world around them. These mysteries have all been caused by a team known as DISCARD, so Luke and Aaron form an undercover investigative team with two other men to learn the truth about their plans. 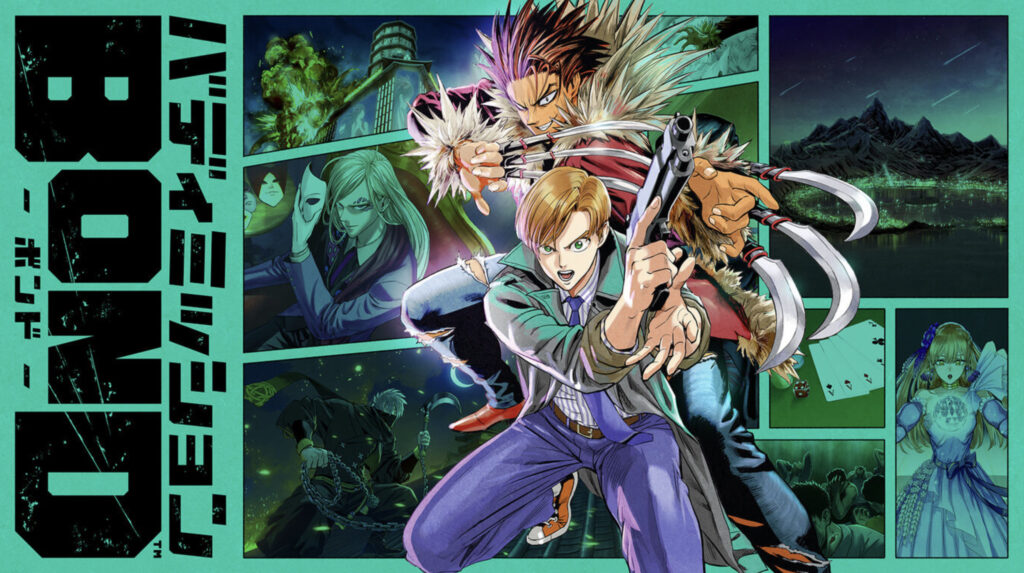 While story is the main focus with very little gameplay being shown, I like the tone this game is going for. The story segments are told in a visual novel style, but with character designs by Eyeshield 21 mangaka Murata Yusuke you’re drawn in and engaged with every scene. Couple it with a jazz-inspired soundtrack and this title has potential. Buddy Mission BOND has been given a Japanese release date of January 29th exclusively on Nintendo Switch, but no international release has been given at this time.

With this October event being the final Nintendo Direct Mini: Partner Showcase of 2020, this certainly feels like a Halloween treat, not a trick. Lots of exciting titles were shown off that suggest Nintendo Switch has a multitude of exciting titles coming to the system in the remainder of this year and into next, and we’ll just have to wait and see for more information on everything showcased during today’s event.