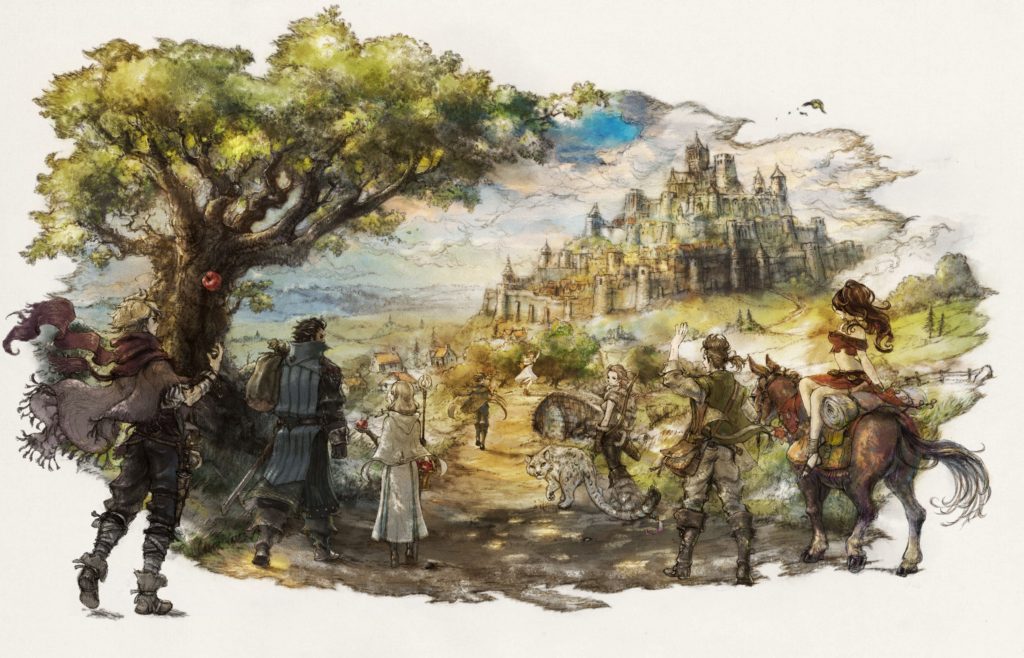 Having been successful at igniting interest in turn-based RPGs through the Bravely Default series on Nintendo 3DS, Square Enix Business Division 11 were entrusted with the challenge of attempting to recapture this success on Nintendo’s hybrid console. This culminated in the Switch-exclusive Octopath Traveler that utilised a ‘HD-2D’ art style that mixed classic 2D sprite work with modern technological advances to create a unique experience that harked back to SNES RPGs in both its visuals and gameplay, with a superb soundtrack that will soon be receiving a brand new rearrangement album. The game was a remarkably fun JRPG, and a successful one at that – and it looks like a new title from the team will be coming to Nintendo Switch in the future too!

Speaking to Famitsu as part of the magazine’s wider year-end discussions with 119 developers about the year in games and the next year to come, Tomoya Asano, Business Devision 11 executive, and Masahi Takahashi, Octopath Traveler producer, spoke a bit about the division’s plans for new games going forward. The studio have previously said they will be primarily, though not necessarily exclusively, developing games for Nintendo Switch, and in the comments provided to Famitsu noted that they will be moving forward with development on multiple new titles.

While no details were provided on what these new projects will be and they also specified that no new information can be provided for at least a little while yet, their challenge for 2019 will be one that is different from the challenges faced with Octopath Traveler and Bravely Default, suggesting the possibility of a new IP unrelated to either of these games. Takahashi also noted that they want to make games for fans of the ‘Octopath series, Bravely series, a new series and more’, giving more credence to the possibility that one of their future projects could be a new IP.

A new title in the Bravely series was teased by the game’s twitter account earlier in the year, too, suggesting this may also be one of their unannounced projects.

One thing the success of Octopath Traveler has resulted in is a newfound belief from Square Enix that there is an audience for a more traditional style of RPG. The confidence shown by allowing the team to work on multiple new projects is a sign that the company want to capitalise on this, and it’ll be exciting to see what comes next from them.