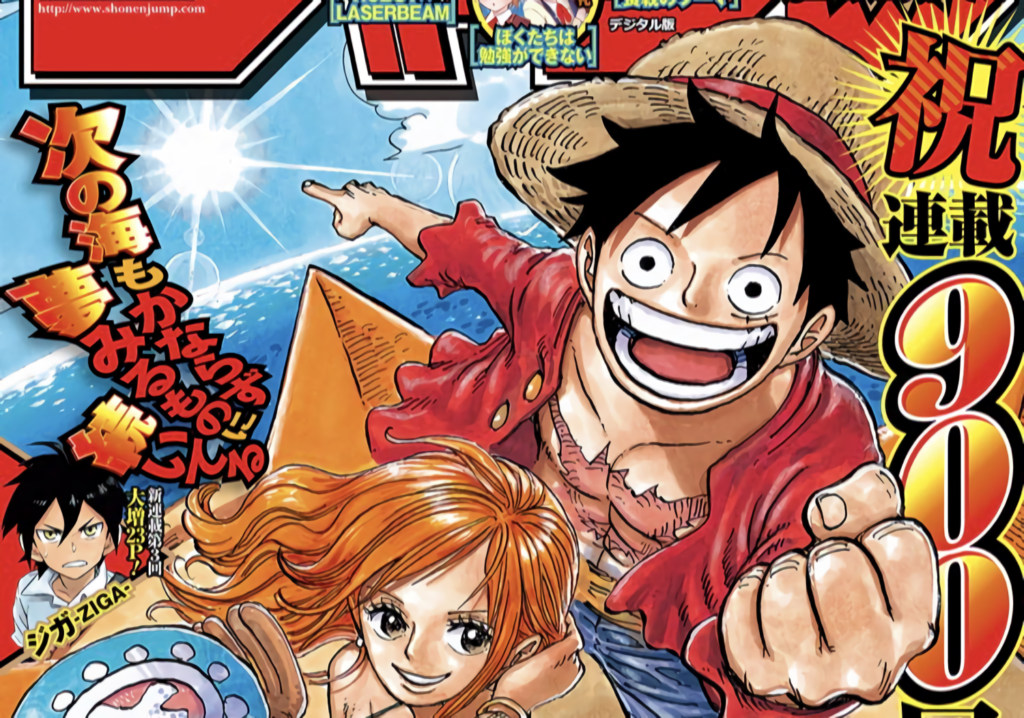 “Since the process has been adjusted because of Covid, we’re trying for three chapters every four weeks or two chapters every three weeks. The goal is to reach chapter 1,000 by the end of the year!”

As the author admits, the production “process” for One Piece has been heavily affected by the pandemic. Since Oda relies primarily on analogue techniques, this makes working from home more or less impossible for his assistants. There is the possibility of Oda scanning in his physical manuscripts and sending them over digitally to his assistants to finish, but this takes time. As a result, several One Piece publications have already been delayed this year, including the latest issue of One Piece Magazine.

These unfortunate production circumstances put a question mark over whether or not Oda and team can really reach One Piece chapter 1000 by the end of the year. Still, the series is currently sitting at chapter 991, and even the stated “two chapters every three weeks” would put them well on track to meet that target. One can only hope that a rise in cases doesn’t affect the production process, as well as (God forbid) a potential outbreak in the Oda office.

If One Piece chapter 1000 does come out by the end of the year, though, you can bet that it will be a cause for celebration. Shueisha is already gearing up to make volume 100 a pretty big deal, and the series previously got the Weekly Shonen Jump cover when it hit the 900 mark. Furthermore, it’d be a pretty cool way to see out the year, especially one as depressing as 2020.

You can read One Piece for free via VIZ Media’s Shonen Jump.

Update: Just as this article was finished, Manga Plus updated One Piece‘s update schedule to suggest that it would be taking a sudden two-week break. This would be unfortunate news for Oda’s plans, but we await an official statement.