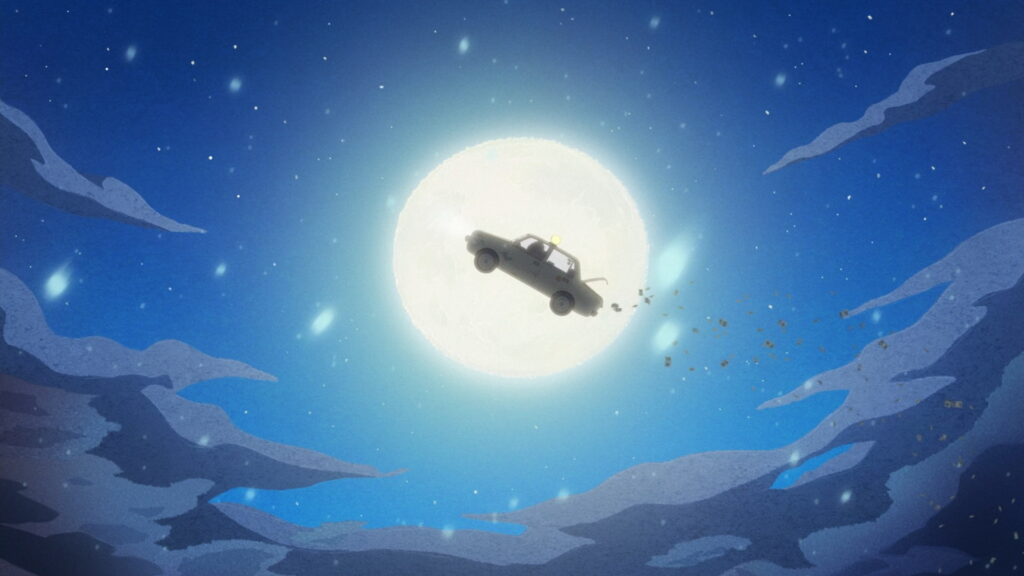 When Odd Taxi began back in April, no one expected much from it. It was an original anime from an unremarkable studio with no real stars attached to it, apart from maybe the bands that contributed the opening and ending theme songs. Even so, it was somehow able to become one of the best anime of the past Spring 2021 season.

In fact, it probably is a shoe-in for the best anime to come out this year, provided that no other viable competitors emerge. How was Odd Taxi able to achieve this? By crafting a story so tense and so tight that it leaves practically no room for improvement.

At heart, Odd Taxi has a simple premise. Hiroshi Odokawa is a grumpy middle-aged walrus who drives a taxi for a living, but doesn’t have many friends or seemingly any family. By picking up a few select patrons, however, he unwittingly embroils himself in a hard-boiled mystery centered mainly around a missing high school girl from Nerima. Very quickly, things escalate from there.

The fact that Odd Taxi has an ensemble cast was demonstrated very clearly right from the beginning in episode 1, where we are introduced to no less than thirteen central characters. Admittedly, some of them have a more direct influence on the narrative than others, but most of them are essential for steering the plot in one way or another. Seeing how their own personal journeys intersect with Odakawa’s and vice versa is fascinating indeed, often leading to some unexpected results.

The rest of this review contains spoilers for Odd Taxi.

One of the most surprising developments probably comes when Odokawa accidentally makes a mortal enemy by driving a little too fast around some side streets. He doesn’t have much time to react when he rounds the corner and finds Tanaka standing there in episode 3, but the young office worker luckily manages to dive out of the way. Unfortunately, he also loses his SSR roll on a gacha game in the process.

Episode 4 of Odd Taxi, ‘Tanaka’s Revolution,’ is probably one of the best single episodes of anime I’ve seen in a very long time. Even when taken in isolation, it perfectly shows what gacha games and obsession can do to people, as well as painting the picture of a young man who will do anything he can to be better than others. The fact that Dobu turns out to be ditch-11 later on is just the icing on the cake.

Speaking of Dobu, the way that Odokawa ends up getting roped into helping the yakuza steal the idol fan Imai’s lottery prize money ultimately provides Odd Taxi with its most pressing storyline. It also offers the opportunity to get to know and even empathize with this otherwise derided character, depending on your point of view. We’d be remiss not to mention his rapping rival Yano, too.

For a long time, the initial mystery of what happened to the girl from Nerima isn’t really mentioned, but that doesn’t mean that the story loses focus. Rather, it is precisely because Odokawa is suspected of sheltering the missing high school student that he has so many run-ins with people that he normally would try to avoid, so it provides the trigger to disrupt his everyday life.

Even so, when the story eventually does return to answer this question, it does so in a most intelligent fashion. Although the idol group Mystery Kiss had been part of the proceedings since the very beginning, the odd thing is that some of them wore masks. This appeared to be an aesthetic choice owing to the group’s name, but was this really the real reason?

The answer eventually turns out to be that one of their members was actually the missing girl from Nerima, and someone else was playing the role of ‘Yuki Mitsuya’ this whole time. In many ways, this is mystery storytelling at its finest, staying true to the principle of Chekhov’s gun and foreshadowing future reveals for the audience. It is both mind-blowing and entirely understandable.

As if that wasn’t enough, Odd Taxi bows out by delivering yet another bombshell with regards to its anthropomorphic characters. In interviews, staff members involved with the production swore up and down that this was ultimately just an aesthetic choice, but that didn’t turn out to be the case: Odokawa actually had a rare optical disease that caused him to see people around him as animals as a kind of coping mechanism. Once the wool is lifted from our eyes, we even get to see what all of the characters look like ‘normally.’

This kind of twist ending is the stuff of legends and serves to elevate Odd Taxi far beyond a simple mystery story. Its core strength still is the ability to tell such a tightly constructed narrative in such a short space of time, however, achieving the dream of almost every single original anime production out there: a satisfactory, self-contained series.

Director Baku Kinoshita and script Kazuya Konomoto, in particular, will be one to watch in the future.

You can watch Odd Taxi via Crunchyroll.