SKIRT and PUNPEE Combine for Opening Theme of ODDTAXI Anime 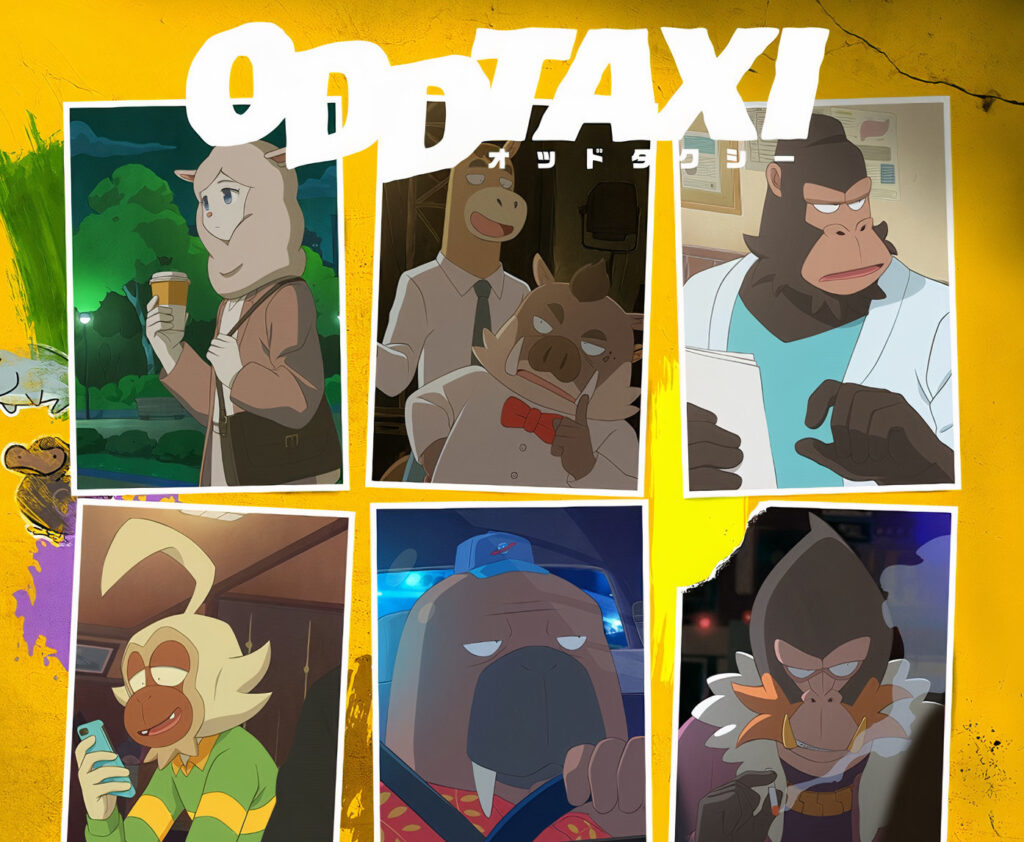 One of the most intriguing anime originals of next season would have to be ODDTAXI, and a new trailer not only gives us a greater look at the show’s content, but also features the opening theme for the series by SKIRT and PUNPEE.

ODDTAXI features an anthropomorphized animal cast that centers on 41-year-old taxi driver Kotogawa, a walrus, during which he gets the chance to talk to various customers on their drives through the city nightlife. These conversations come from an eccentric group of individuals, from a college student wanting to go viral, an unsuccessful comedian and, as featured prominently in the trailer, an up-and-coming idol. These all eventually lead him to a missing girl.

The new trailer released for the anime earlier today is more about getting the audience into the more mature and adult tone of the series than it is exciting us with flashy visuals. The trailer begins with a preview of a conversation between the idol character and their manager in the taxi, frankly opening up on their insecurities and concerns about their job. These more ordinary conversations are what make up much of the clips showcased in the trailer, whether they be from Kotogawa’s taxi or in a sauna or a park bench or anywhere else in the city. It’s a show about people and their lives, or at least that’s the impression this trailer gives, although with the synopsis it’s clear that there’s more than meets the eye here.

The opening theme song for the show is named after the show, ‘ODDTAXI’, and is a collaboration between two Japanese hip-hop artists, PUNPEE and SKIRT. The anime will heavily feature hip-hop through its soundtrack, with PUNPEE, VaVa, and OMSB from the hip-hop label SUMMIT involved in the anime’s soundtrack. The opening theme in particular, heard in the trailer, fits with the tone of the series and succeeds at drawing the viewer into the world.

ODDTAXI will stream on Crunchyroll next season, with a Japanese premiere scheduled for 5 April.