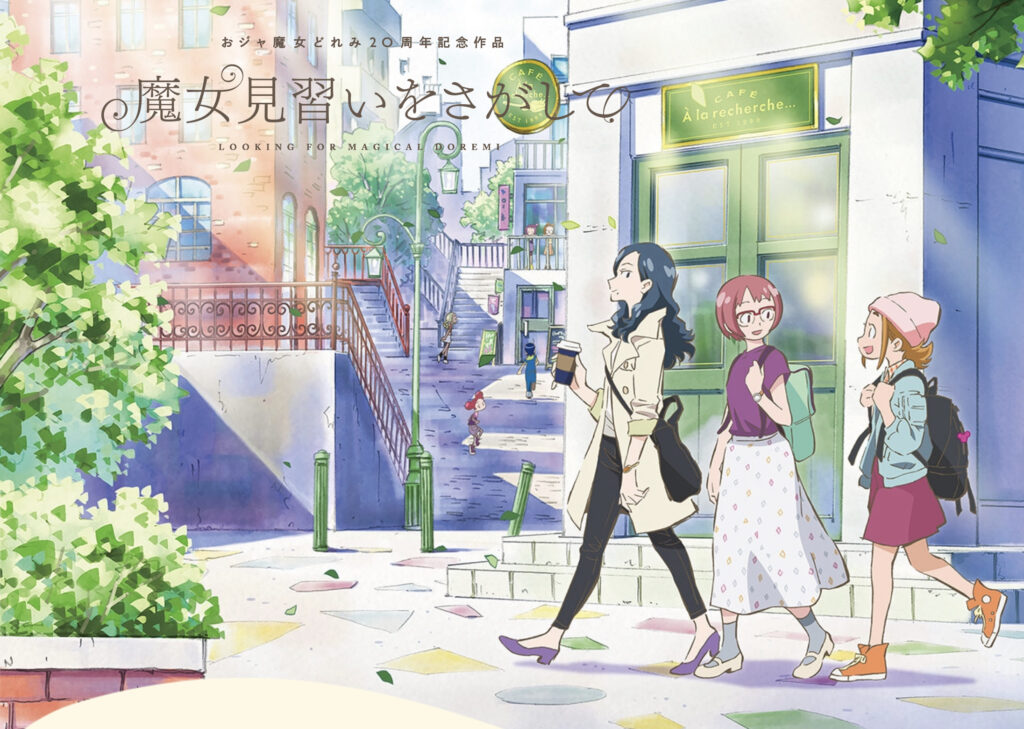 Although Ojamajo Doremi never earned itself a large fan base outside of Japan, the series is one of the most beloved magical girl children’s shows of the early 2000s with an influence on an entire generation of young girls. To coincide with the franchise’s 20th anniversary, a new movie project was announced that sought to continue the series after a long absence. The movie was originally set to release in May before being delayed to November as a result of COVID-19, with a new trailer for the Ojamajo Doremi movie giving us a proper look at the film and its unique approach to telling a story around nostalgia.

The trend of reviving childhood series for an older, nostalgic generation as seen with Digimon Adventure Tri has only become more prominent in recent years as a way to revive classic properties and interest a more mature audience who’ve since grown up and have disposable income of their own. However, in comparison to stories like Tri that seek to tell a new story with the original cast, the upcoming Ojamajo Doremi movie takes a different approach.

Rather than retelling the story of the original magical girl series or bringing the gang back together for a new adventure, this movie follows a trio of young adults who meet after each finding magical gems that send them on a journey to find the truth and the things they forgot from their youth now they’re adults. Much of the trailer is of them bonding over their childhood memories and shared interest in the magical gems they found that remind them of their childhoods.

By focusing the story not on the original cast but on three young women, an office worker, a university student and a freelancer, this story is designed not to simply retell or re-imagine the story of Ojamajo Doremi but comment on the show’s legacy and the impact that the series had on the lives of many. Personally, I find such an approach far more interesting than a bog-standard continuation or remake.

The Ojamajo Doremi movie, titled ‘Looking for Magical Doremi’, will release in Japanese cinemas on November 13th, and if this trailer interested you, you can find out more about the film over on the official website.

Like Magic: What’s the Deal With Ojamajo Doremi, Sharp, and 16?