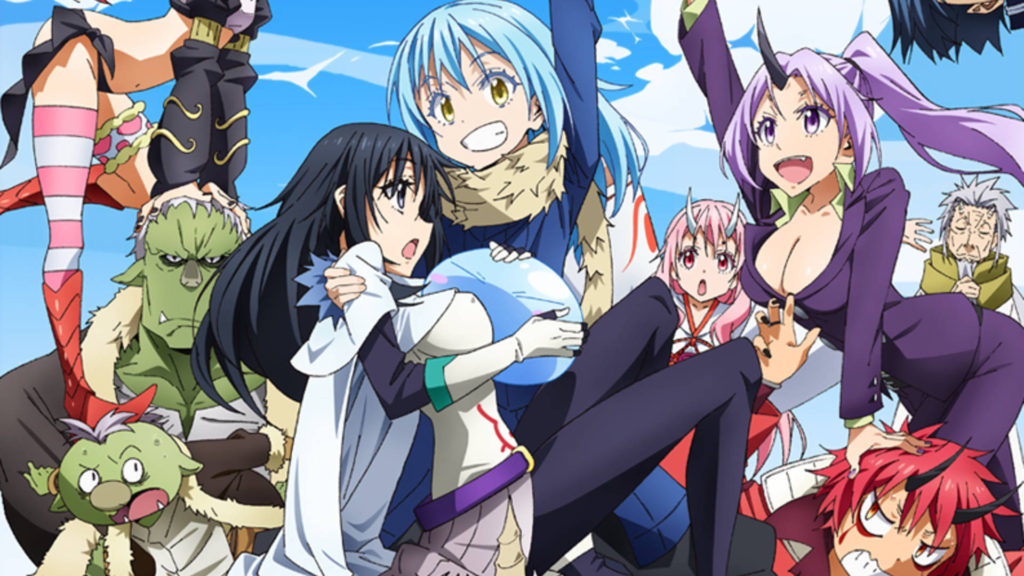 That’s exactly what Okasaki’s latest project is, which is available now via Amazon’s Audible audiobook service. In the That Time I Got Reincarnated as a Slime light novel volume one audiobook, Okasaki tackles not just the narration and the part of Rimuru, but every single other character that appears as well – making for a truly impressive display of her voice acting talent.

As anyone who’s seen the anime series or read the manga and light novel will know, the world of That Time I Got Reincarnated as a Slime is not exactly small. Rather, author Fuse enjoys introducing large casts of news characters almost every time a new narrative arc rolls around, which are comprised of multiple species, races, personalities, and genders.

Okasaki tackling all of that on her own is no small feat, and it is thanks to a new interview between Okasaki and Comic Natalie that we get a glimpse into how that all happened, as well as a couple of audio extracts.

The recording for the That Time I Got Reincarnated as a Slime audiobook started, well, from the start – that is to say, with the inciting ‘reincarnation’ scene. This presented a challenge for Okasaki from the get-go, as she had to tackle two male characters that were voiced by different voice actors in the anime adaptation.

Okasaki met the challenge head-on, and the result is a good replacement for the anime voice actors’ performance. It’s worth noting, however, that Okasaki didn’t actually know that she was going to be tackling all of the roles in the audiobook until she turned up to the studio for the first day of recording, which means that her performance in the above extract perhaps isn’t as good as the ones that will follow.

The second scene that Okasaki and Comic Natalie discussed for the That Time I Got Reincarnated as a Slime audiobook was one featuring the Dwarf King, Gazel.

Of course, this scene provided difficulties once more for Okasaki as she needed to play a male character – one that needed a deep, authoritative voice at that. And while she might not be as gruff as Takaya Hashi was in the anime adaptation, she still did a pretty good job.

It’s in the third scene as Gobta, however, that we really get a feel for how talented Okasaki is when given a role that suits her voice.

While trying to match up to Asuna Tomari’s excellent performance as Gobta in the anime might sound impossible at first, I hope you’ll agree with me when I say that Okasaki does an excellent job at replicating the childlike cadence of Tomari as Gobta – so much so that I honestly wouldn’t have been able to tell it wasn’t Tomari without prior knowledge.

Regardless of whether Okasaki was able to live up to the anime performances, however, the fact that she was able to play every role in the first volume of the That Time I Got Reincarnated audiobook is nothing short of incredible. Although it’s simply part of a professional voice actor’s job, I still can’t help but be blown away by their capacity to change their voices and embody so many distinctly unique characters.

This audiobook is also a novel way for Okasaki to further her career as a voice actor. This might be surprising given her high profile role as Rimuru, but the Okayama-born actress only made her debut in 2017. Tackling the That Time I Got Reincarnated as a Slime audiobook by herself not only showcases her talent for future employers, but also for budding fans. The more relaxed, almost ASMR-like tone of the audiobook also facilitates a type of intimacy that other voice actors – such as Koiwai Kotori – have built their careers on.

The That Time I Got Reincarnated as a Slime audiobook is available for purchase via Audible, an Amazon company. If you’re interested, don’t forget that the famous “first audiobook free” offer is also available on Japanese Amazon!