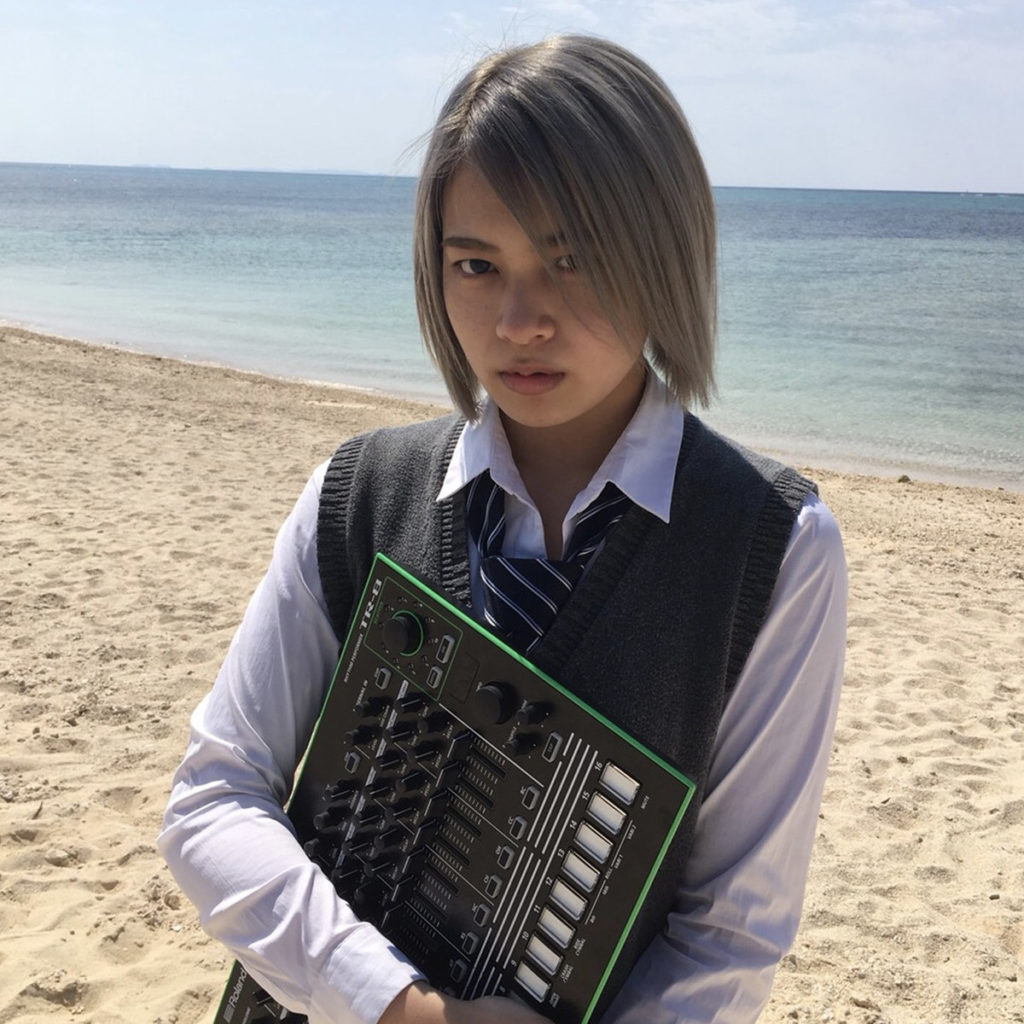 The worlds of idol pop and experimental music aren’t strangers to one another in Japan. While not crossing one another’s paths on the regular, the genres have intersected over the years, whether in the form of direct collaborations between projects or an artist such as Tentenko, who started out in BiS but who has mostly submerged themselves in left-field spaces.

Okinawa Electric Girl Saya fits right into this lineage. The woman behind this project started her career as part of an Okinawan idol trio named Tincy. That project wasn’t squeaky-clean pop, and frequently featured plunges into stranger places. Still, as Okinawa Electric Girl Saya, she goes someplace far more confrontational than even the strangest idol music tends to venture. She’s released a steady stream of EPs and albums over the past year, ranging in experiments in noise to offerings highlighting how her voice can fit in among the chaos.

Latest number “Hatred hierarchy” serves as a good gateway into her sound. Listen below.

This one offers more space than Okinawa Electric Girl Saya’s usual creations — rather than pummell, the skittering electronics leave enough space for her own voice to creep in and deliver goosebump-on-skin sing-speak. The tension slowly ramps up, but never dives into pure chaos. Rather, it uses milder outbursts of noise, provided by bursts of feedback and blurts of saxophone, to make the general air of unease tip over and keep listeners on their toes. Oh, and Saya herself lets out a hell of a scream at one point. Like the better experimental music in Japan, this isn’t about endurance, but rather following in the steps of Keiji Haino or Phew in creating a deeply unnerving atmosphere. It’s just one part of her constantly growing discography, but “Hatred hierarchy” offers a way in, and shows how natural an idol can be in this zone.