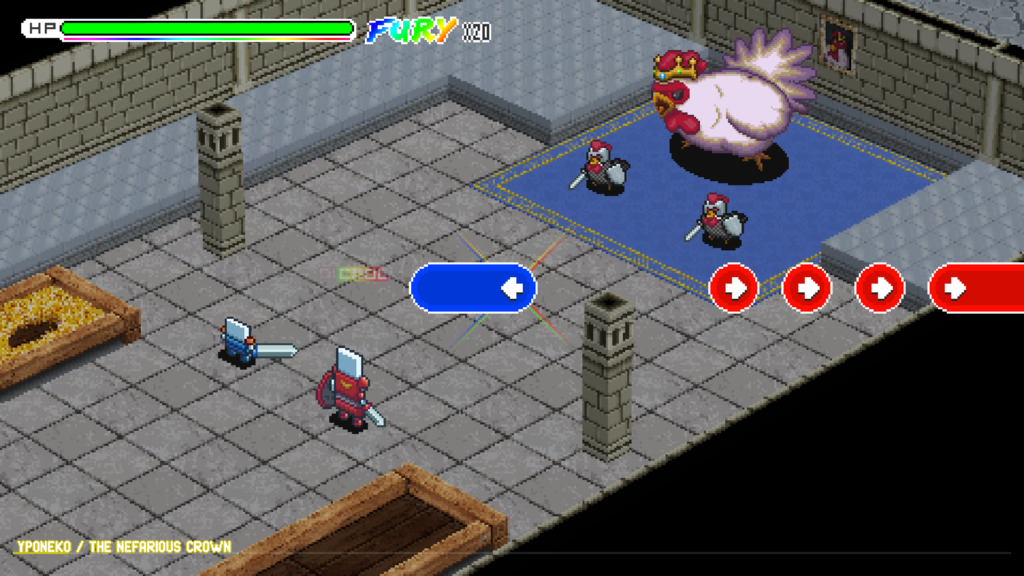 Global game publisher Playdius and independent game developer La Moutarde announced today that its upcoming rhythm game Old School Musical will release digitally for Nintendo Switch and PC on September 13, 2018. Available to pre-order today for $12.99 via the Nintendo eShop and Steam, Old School Musical is unlike any rhythm game ever made, and invites players to revisit the golden age of gaming with a rocking retro soundtrack and levels inspired by 8-bit era classics.

Old School Musical follows the adventures of Tib and Rob, two video game characters trained by their missing mother to be top class video game heroes. Players must stay in tune, synching inputs with flying notes to help Tib and Rob find their missing mother. Miss enough notes, and their adventure is pretty much ruined. Filled to the brim with nostalgia fueled references, Old School Musical is like a love letter to ‘80s and ‘90s kids in the form of a rhythm game. This relates to us here at bemanistyle big time.

Play through levels inspired by retro racers, shoot down enemies and weave through a bullet hell in side scroll-er shooter levels, and take the fight to evil chicken armies to the beat of chiptune tracks from famous artists, including: Dubmood, Zabutom, Hello World, Yponeko, and Le Plancton. Old School Musical will have just about 50 tracks total.