Hi, I’m an adult and I just spent my whole morning buying Yo-Kai Watch t-shirts. Before today, one of the main spots for Yo-Kai Watch apparel was at Hot Topic, which placed official art from the games onto a shirt and called it a day. Thanks to OMOCAT, fans now have some options that are a little more exciting.

We first reported on the announcement of this collaboration a couple of weeks ago when only a teaser image had been released. This teaser gave us a quick impression of the joyful style that will be used in the designs and some of the characters we could expect to see. That said, there was still plenty to be surprised by. For instance, the teaser image of Komasan and Komajiro eating their favorite food, ice cream, turned out to be them eating Whisper’s head. 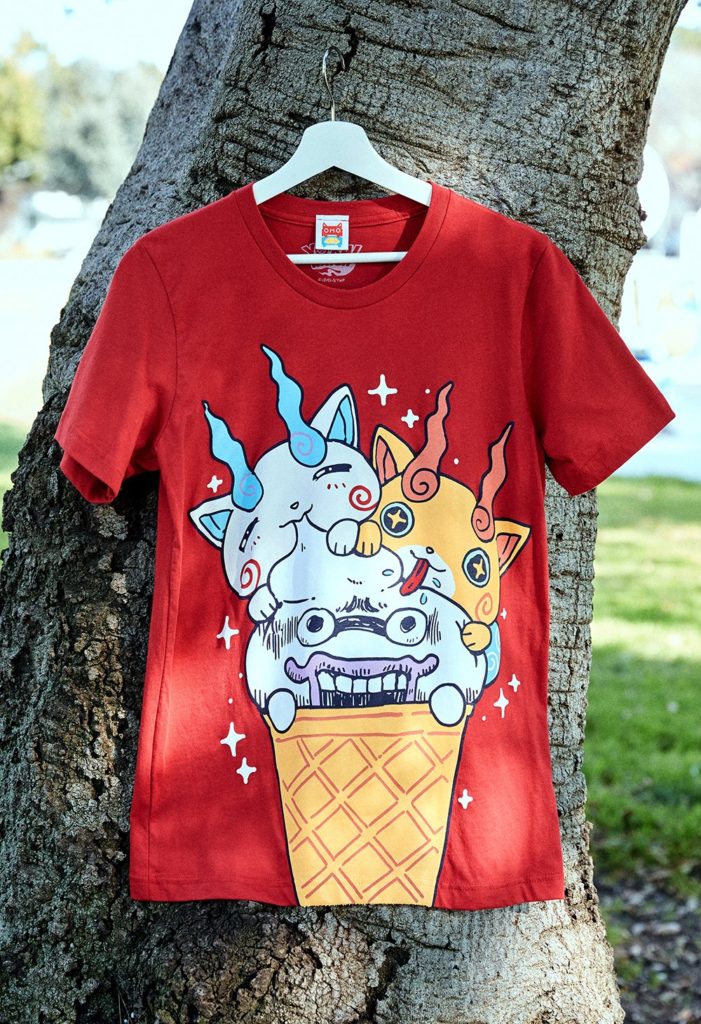 It’s a really fun collaboration and even though it doesn’t represent what Yo-Kai Watch is now, like with the recently concluded Shadowside TV series or last year’s film Yo-Kai Watch the Movie: Forever Friends, these are characters that all Yo-Kai Watch fans will recognize, regardless of whether they played the games or watched the anime series. 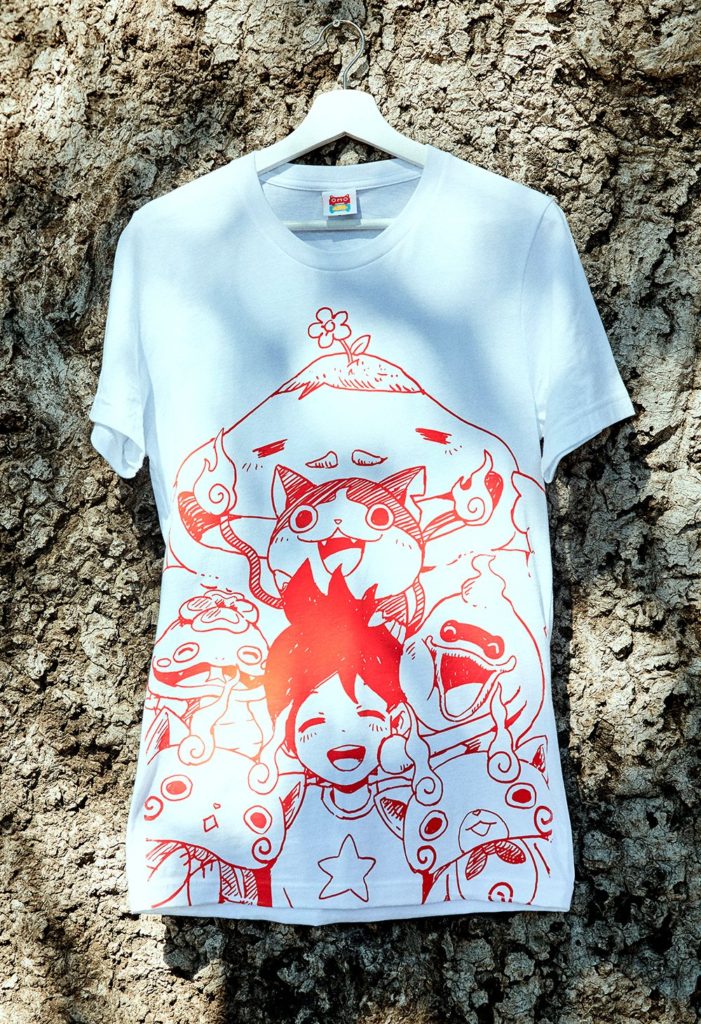 The core appeal of Yo-Kai Watch is like most popular kids’ series: Finding unlikely friends who will always stand by you. (Although it’s also about making dated pop culture references like in Robonyan’s “I’ll Be Back!” t-shirt). There’s a reason why I spent way too much money on Yo-Kai Watch t-shirts and it’s because of the connection built with these characters over the years. Yo-Kai Watch’s anime series is a series of silly sketches that often repeat the same character jokes over and over again. In a way, it’s like Friends where Joey will often ask, “How you doin’?”

And it’s the familiarity of these vibrant characters that make up the appeal of Yo-Kai Watch, even if it can seem repetitive (Yo-Kai Watch actually aired more episodes than Friends.) And it’s for this reason that many others like me will justify spending way too much money on merchandise for a kids’ series. For those interested in checking it out, you can view the whole collection over on OMOCAT’s official website.

other Callum May 3 years ago