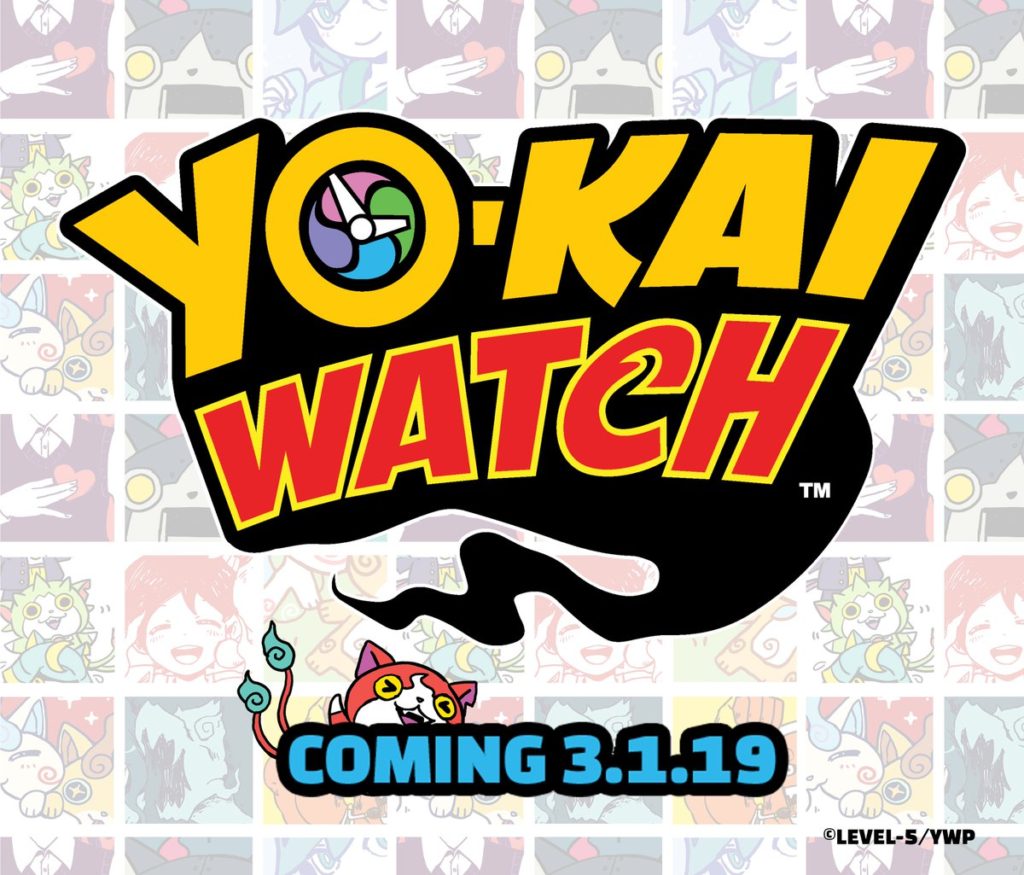 OMOCAT is well known for their collaborations with Japanese properties like Hatsune Miku, Pokemon and Harajuku store Park, but it looks like the artist-driven merchandise creator will be surprising us yet again by teaming up with one of my favorite series, Yo-Kai Watch. Filled with cute Yo-Kai designs and bright fun smiles, this is exactly the sort of OMOCAT apparel that I’d want to wear. OMOCAT released a teaser image announcing that the collaboration would be coming on the 1st of March. Yo-Kai Watch‘s official Twitter quote-retweeted the announcement.

Whilst they haven’t shown off the designs in detail yet, the teaser image itself has some of the artwork in the background. Although the series has expanded with multiple sequels and forms of Yo-Kai, this collaboration seems to be focusing on the classics. One of the designs that I’ll definitely be getting is the one with brothers Komasan and Komajiro eating ice cream together. Other designs include Robonyan (a robotic version of series mascot Jibanyan from the future), Blizzaria (a Yo-Kai that summons blizzards), Thornyan (like Jibanyan, but with thorns) and Venoct (a ninja Yo-Kai with a snake-like scarf).

These aren’t just characters that appeared in the original Yo-Kai Watch title but are also recurring characters within the anime series. It’s clear that they’ve selected designs that would appeal to the largest amount of Yo-Kai Watch fans both in the US and in Japan instead of including characters that haven’t appeared in the US yet like Nekomata, the main Yo-Kai in the recently released Yo-Kai Watch the Movie: Forever Friends. Make sure to stay tuned to the OMOCAT website when the collaboration starts in March.

fashion Callum May 3 years ago