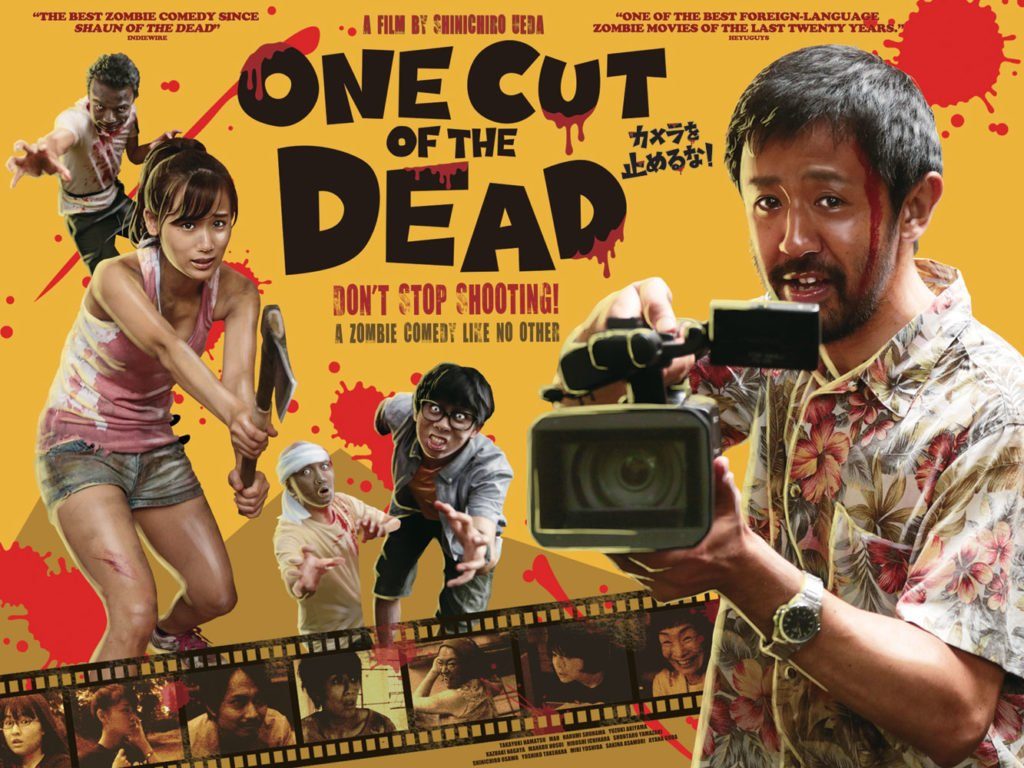 I actually mentioned this at the time I discussed the announcement of Your Name’s upcoming Hollywood remake, but I’m not really on board with many of Hollywood’s plans when it comes to the slew of remakes on the horizon. Especially when it comes to film’s like Your Name, where the window between their debut and the announcement of a remake is mere months apart, it can come across as rather dismissive of the efforts put in by directors and the people behind the original work. It not only feels like a redundant decision, but it feels like it is being made solely because of the general dismissal of cinematic features that aren’t in the English language. The latest film Hollywood has chosen to remake, according to Variety, One Cut of the Dead, would definitely fall into this bracket.

Despite being a massive film buff myself, I’m actually yet to see this highly regarded micro-budget Japanese horror hit that manages to gross almost $30million in spite of being made on a budget of just $27,000. Plenty of people I have spoken to, however, have loved this film, including OTAQUEST’s own Eddie Lehecka, praising it for its superb comedy, cinematic technique, and extraordinary 37-minute long single-take shot that opens the film, praising it as something that everyone should see if they get the chance. The term ‘cult hit’ has rarely felt apter, and much of what makes this film so extraordinary is its low budget and unique production circumstances.

These are things that can’t necessarily be replicated through its new US production. The producer behind this move, Patrick Cunningham, may have said that their plan is to respect the original film, including in their efforts to keep the movie’s budget low, yet much of what made the film so extraordinary can’t be replicated by doing this. No more details are known about this new US production, such as release strategy, director or writer, but the fact that these things are even being planned show a film that strays from what helped create the charm behind the original film’s success. Even if this producer is able to bring together a cast of actors and a director that are able to create a strong remake of this original film, it is difficult to see how it can replicate what made the original so special. At that point, is it worth remaking the film at all?

Will this remake be any good? We’ll have to wait and see. It’s possible, and we know so few details that it would be unfair to rush to judgment. In all honesty, though, just as with the existence of a Your Name remake, I have to question the reasoning behind the film’s existence in the first place. I want to be proven wrong, yet I struggle to muster any excitement for a remake of a film barely over a year old without any real reasoning that seems to betray the entire spirit of the micro-budget hit in the first place.

other Kelly Mower 3 years ago

One Cut of the Dead Finally Set for US Cinema, Streaming Release