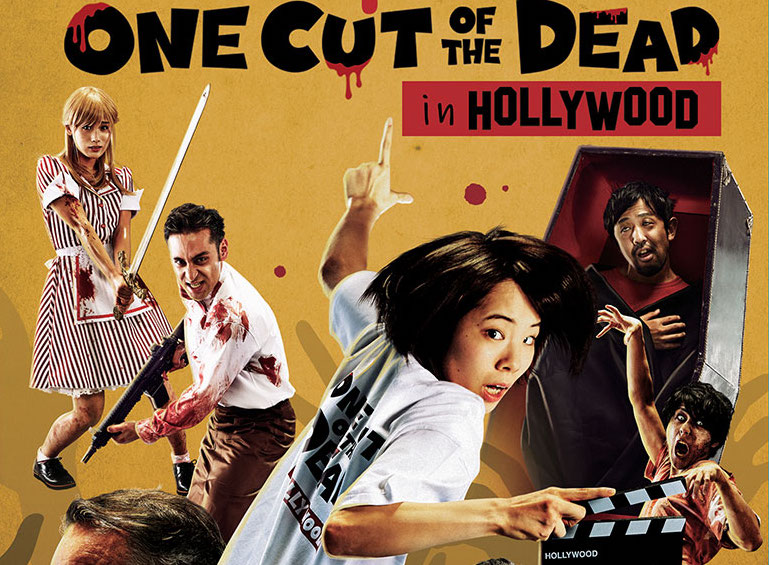 Four years on from the release of One Cut of the Dead, and this unlikely Japanese box office and international zombie phenomenon is just as much of a breath of fresh air as it was when it was first released. It provided a shot-in-the-arm for a stagnant genre with its unique blend of a superb 37-minute single-take that was enhanced by a storyline that celebrated the trials and tribulations of low-budget filmmaking. It was a flash of lightning that reminded me why I love movies and the work that goes into them.

With this in mind, how do you follow such a movie with a sequel?

One Cut of the Dead in Hollywood takes place six months following the events of the original film, in the wake of One Cut of the Dead’s in-universe, as well as real-life, success; a hastily produced Hollywood sequel has been pushed into production at the behest of TV executives. People loved the original, after all. It was a surprise mega-hit that has everyone clamoring for more. Send it to Hollywood, cash in, replicate the past, and hope people won’t mind that things haven’t evolved.

Sounds familiar, huh? Whether it was intentional or not, the structure of this 60-minute special, written and executive produced by original mastermind Shinichiro Ueda but directed by Yuya Nakaizumi, feels like a commentary on the success of the film and how the public has reacted to the success of his indie darling.

No one, not even Ueda or the international licensors, Third Window Films, could have predicted that One Cut of the Dead would go from a $25,000 experiment to an over-$25 million blockbuster. Yet that’s what happened. While Takayuki Hamatsu’s role as Director Higurashi always felt like a stand-in for Ueda in the original film, this understanding of the character makes for an interesting arc that defines this film away from the original as a story.

If One Cut of the Dead was about re-finding a passion for film, this is what happens once you make your big break, and have to accept that your creation, once the wheels are set in motion, is no longer your own. 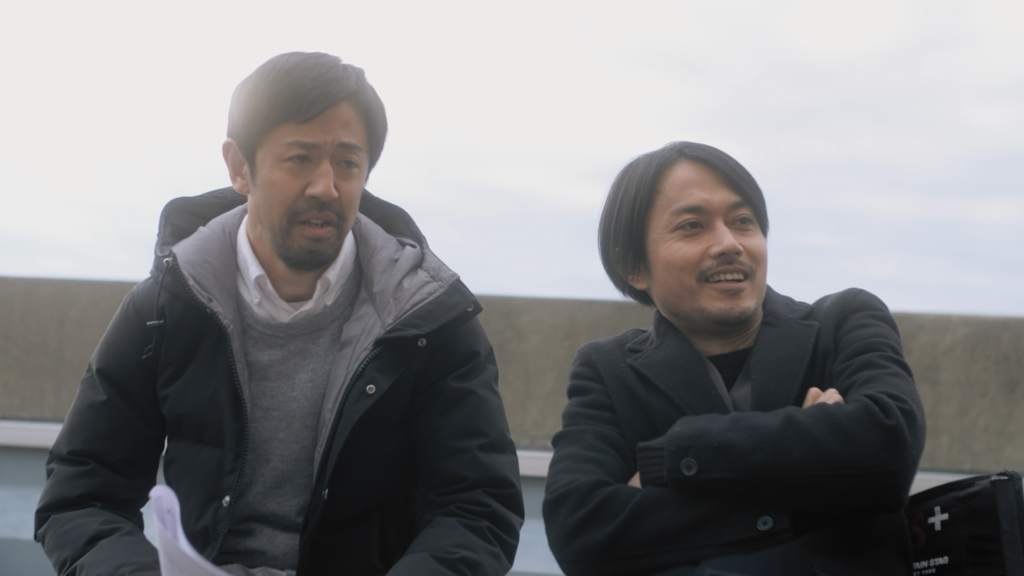 One Cut of the Dead in Hollywood follows the same structure as the original film, compressed into a shorter run-time. What was once a 37-minute single take is now a 20-minute single take, with the remaining 40 minutes replacing the 55 minutes the original had to expand upon the short film. Without a need to introduce a set of characters or concepts of the film, it allows this area to avoid the problem of feeling rushed in this crucial second segment. It does, however, make the film inaccessible to newcomers.

This time, the center of attention for the film is on Higurashi’s daughter, Mao, now acting as a gofer for her father on his low-budget productions since her short fuse has cost her every previous job. She now has a boyfriend too in an American actor working in Japan, and the news that he could be moving to Hollywood gives her the chance to find a new life in the land of the free.

She now has the chance to let go of the trappings of her family, and her final production being a One Cut of the Dead sequel may even have its benefits! After all, if it’s going to be filmed in Hollywood with local actors, it opens the door for her move. As a result, she’s more than a little eager to help out, which leaves her torn when she realizes how much fun she has on these productions that could be lost on the Hollywood films her boyfriend wishes to provide her. 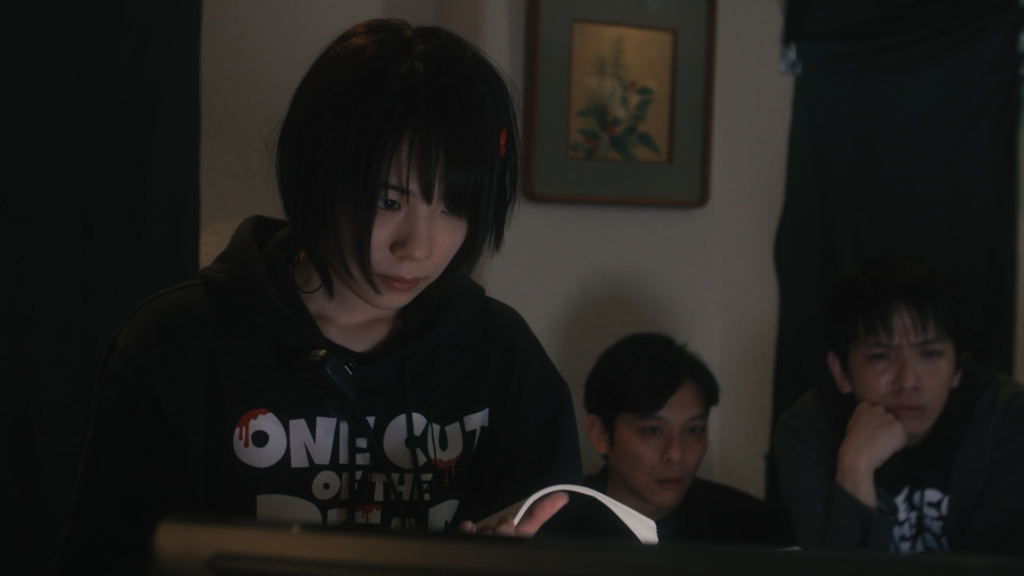 With control of the story and the agency of the film moving from Higurashi to someone else, we, in turn, see Ueda taking a step back and letting others have fun with his world-renowned concept. There’s a clear sense of pride for Higurashi when seeing what this has become, yet the fact he has been forced to take a step back mixes this pride with a sense of loss that tinges the comedic mishaps that make this film’s one-take a little more poignant and emotionally charged than before.

Shinichiro Ueda’s creativity set the groundwork for One Cut of the Dead in Hollywood, and the reaction is factored into every aspect of the production. Thanks to the 2017 hit, Ueda is now a leading creative force on a pandemic-inspired short film project known as DIVOC-12. He’s also challenging himself with new concepts on a grander scale with Special Actors, and he’s even jumped into animation! But it means accepting that the One Cut of the Dead film he released in two small indie theaters in 2017 is no longer his film.

This thematic underpinning helps this shorter spin-off feel endlessly endearing, but it doesn’t mean the film is perfect. For certain, it feels like a step down from the high bar set by One Cut of the Dead. One Cut of the Dead in Hollywood may have a higher budget by virtue of the original’s success, but this still very much feels like a TV special, not a film. Certain jarring editing decisions are the noticeable result of decisions made to lead into commercial breaks, with their absence here helping the pacing of the film while exposing these issues. 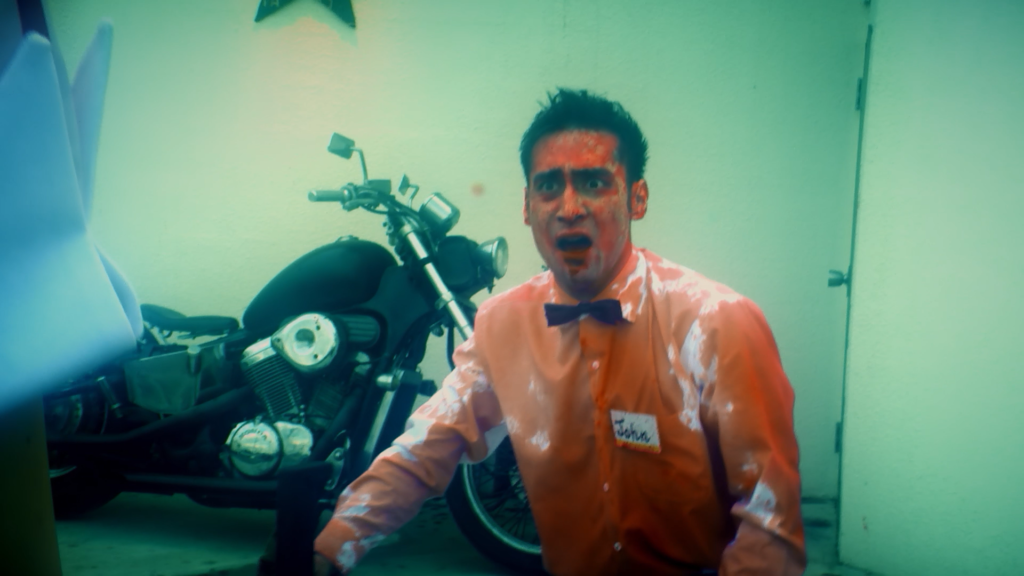 Other areas of the film feel like a step back. I’m the sort of person who will enjoy single-take productions for their technical merits alone, admiring the effort and craft required to craft a complete story into a single shot without cutting away. The craft on display from a filmmaking perspective is just as impressive, if not more so, in this spin-off, but that doesn’t stop the actual scene itself from feeling less inventive, groundbreaking, or interesting than its predecessor.

While the story has an interesting metatextual narrative in how it relates to Shinichiro Ueda’s own experiences in recent years, this is also less emotive than the simple-to-appreciate joy of filmmaking that punctuates the story of the original film. Ultimately, without the initial wow factor and originality of One Cut of the Dead, this isn’t as exciting as the original film, even on repeat viewings.

Still, this is a worthwhile experience for fans of the original, even if you’re likely to return to the original One Cut of the Dead more often than this Hollywood special. Everything you loved about the original is back in a brand-new slimmed-down package. Most importantly, you can clearly appreciate how much fun the cast is having as they’re reunited on this film from beginning to end. That joy translates into a fun film. Do we need more than that? 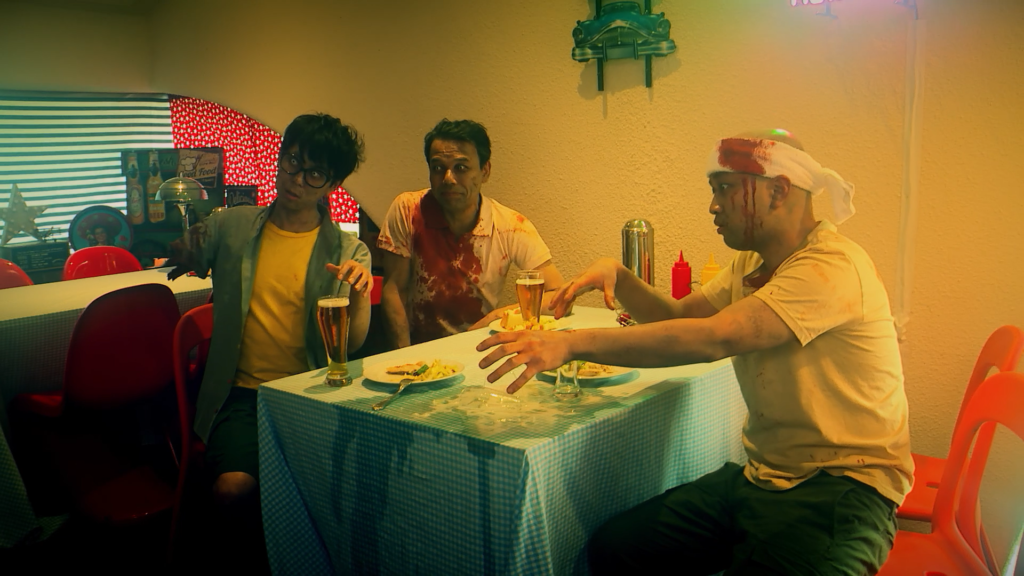 The first English-language release of One Cut of the Dead in Hollywood is coming from Third Window Films as part of a new Hollywood Edition release of the original film. This new release includes almost all of the bonuses, such as the GoPro footage and behind-the-scenes content, found in the original Limited Edition, and that alone makes this a must-purchase.

The opportunity to own both One Cut of the Dead and its Hollywood sequel in a single package is more than worth the initial cost, particularly for anyone yet to experience the phenomenon for themselves.

Third Window Films will release One Cut of the Dead in Hollywood on Blu-ray in a special edition limited to 2000 copies on 31 May.