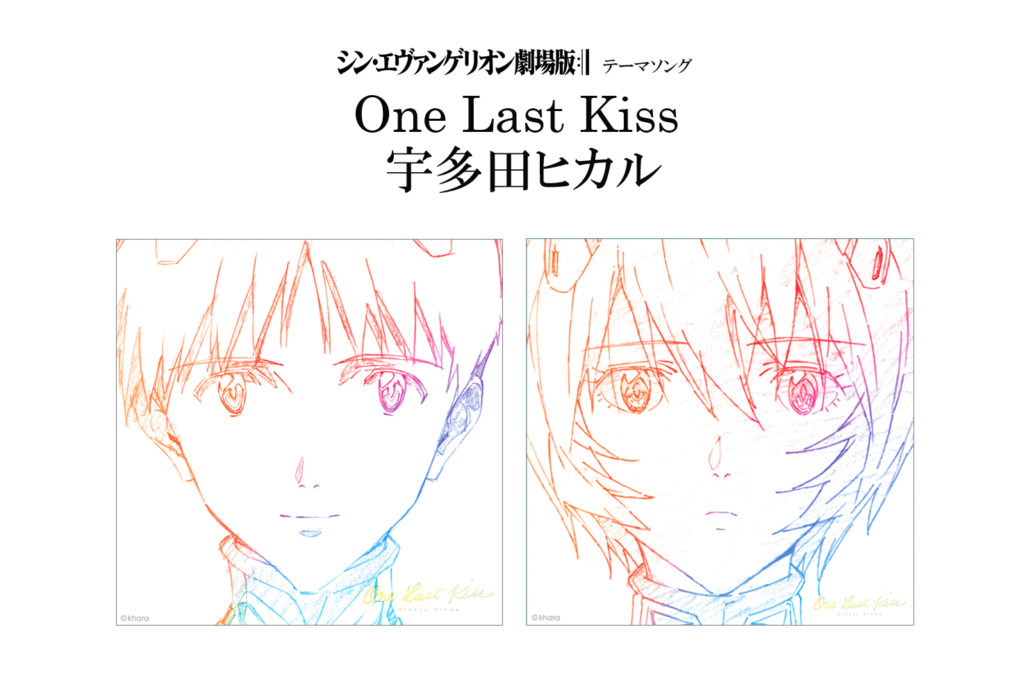 With today being the theatrical premiere of EVANGELION 3.0+1.0, you had best believe that there was going to be some news about EVANGELION coming through OTAQUEST. The theme to the new movie, ‘One Last Kiss’ by Utada Hikaru, will be released digitally tomorrow 9 March, with the physical in-store release coming the next day, on 10 March.

Since I couldn’t get a ticket to go see the new movie today, my head has been full of speculation, and I am doing my best to avoid spoilers (even though I really do want to see spoilers). The one thing that keeps popping up in my head is that there has to be something hidden in the name of the song being released tomorrow. ‘One Last Kiss’ just implies so much and has so much weight behind it… it can’t just be the name of the song.

‘One Last Kiss’ will be available on all major streaming platforms such as Amazon Prime Music, Apple Music, and Spotify starting tomorrow 9 March 2021.

If you happen to live in Japan and you’re looking to score a copy physically, you can try to hit up your local record shop to see if they have any in-stock, but based on what I was told by a friend, there were so many copies ordered physically, that they are scrambling to produce enough copies to fulfill the orders that they currently have. Getting a physical copy might be a pretty daunting task to achieve.