ONE OK ROCK Comes out of the Eye of the Storm 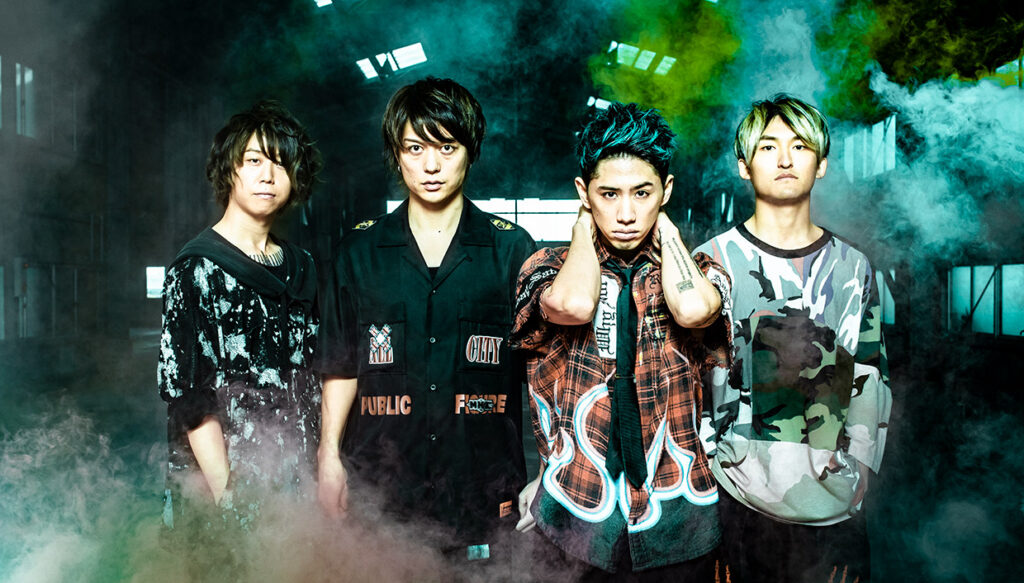 Perhaps best known for their appearance on the soundtrack of the Rurouni Kenshin movie, ONE OK ROCK is an alternative punk rock group that appears on the same label as Panic! At the Disco – Fueled by Ramen.

Their style has changed as they’ve pushed themselves to evolve, and always try to stay in tune with themselves as they are in the moment, to the point of not wanting to play songs from a former EP because it no longer represented their potential.

ONE OK ROCK refuses to be fettered to any one way of expressing themselves, as their music has shown a steady evolution since the band’s inception, and they use Japanese as well as English in their songs.

Thematically, the lyrics usually deal with self-questioning, transformation, identity, and other related topics. Taka, the band’s vocalist, is known for doing many covers of popular songs, as well as collaborations with different artists, such as Sum 41, Simple Plan, and Against The Current. He’s also covered Vanessa Carlton’s ‘A Thousand Miles’ which is probably the best thing I’ve ever heard.

Though they’ve certainly had their highs and lows, the band’s focus and dedication has earned them not only international recognition but culminated in their Best Live Performance Award at the 2018 Rock Sound Awards.

The current members are as follows:

ONE OK ROCK’s formation was a scene out of a high school movie –  Toru Yamashita wanted to start a band and got his friend Ryota to learn how to play bass. Takahiro migrated from a band he didn’t like after Toru invited him on. They signed with Amuse, Inc. in 2005, and similar to Takahiro, Tomoya was also invited to join ONE OK ROCK since he didn’t like the band he was with.

The band’s name came from a Japanese pronunciation error. In their early days, the band would choose to rehearse at 1 o’clock in the morning to save money. But since Japanese doesn’t make a distinction between R and L, “O’clock” became  “O’crock,” which became “OK ROCK.” Thus, ONE OK ROCK.

Ryota lists the Red Hot Chili Peppers as one of his influences, flea in particular. Takahiro cited both Japanese alt-metal group RIZE and Linkin Park as influences. Interestingly, Toru and Ryota also had hip-hop roots in the group HEADS before joining ONE OK ROCK. Drummer Tomoya Kanki also had a brief stint at a music academy.

With such a well-rounded member roster, it’s no wonder One okay rock Style is as dynamic as it is. In addition to music, some even have acting experience – Toru starred on Shibuya 15, and Ryota made an appearance on Kamen Rider Hibiki. Their evolution has been the most striking thing about them, playing anything from pop-punk, hardcore, electronic rock, and everything in between. When they shifted overseas, their sound took on a new direction with the debut of their 2015 album 35xxxv.

In 2007, they released their debut single – ‘Naihi Shinsho’ (or ‘Keep It Inside’) which charted at number #48.  Their first studio album, Zeitakubyo, or Luxe Sick, was released that same year and charted at #15. The final single from the album, ‘Et Cetera’, peaked at #29, a sign that things were looking up.

Ever ambitious, they released two albums in 2008; Beam of Light and Kanjo Effect. Beam of Light was the more difficult of the two – more of an obligation than a desire. ONE OK ROCK later said Beam of Light was an album they felt would be beneficial to their growth as a band.

Kanjo Effect showed a new direction in style and recording; they brought on a whole new team of sound engineers and producers. It was also around this time one of their band members, Alex Onizawa, hit the road after being charged with groping in transit, and a major TV appearance was canceled for them. Things certainly looked grim, but the band adapted accordingly to Onizawa’s exit and came back stronger than ever.

The Beginning of a Grand Evolution

If you’re asking, ‘so where do I begin?’ when it comes to ONE OK ROCK, look no further than their 2012 award-winning single ‘The Beginning’.

It has the best of ONE OK ROCK; intriguing visuals interspersed with energetic shots of the band, Taka’s expressive and charismatic vocals, and of course, a mix of English and Japanese lyrics to fully express the scope of emotion. ‘The Beginning’ was set as the theme for the live-action adaptation of Rurouni Kenshin and was one of their first single-digit charting singles, reaching #5 on the Oricon charts.

The song also won “Best Rock Video” and “Best Video from a Film”  at the 2013 MTV Video Music Awards Japan, as well as the “Best Your Choice” award at the Space Shower Music Video Awards.

With the release of their fourth album Niche Syndrome, ONE OK ROCK took their band to a whole new level, touring in the famed Zepp halls in major cities in Japan, ending up in the famed Budokan, as well as headlining several festivals, which helped them further gain international attention.

After gaining some popularity due to their Rurouni Kenshin appearance, ONE OK ROCK’s single ‘Re:make/No Scared’ featured as the theme for the video game Black Rock Shooter: The Game. The Japanese version of Dmc: Devil May Cry featured their 2013 hit ‘Nothing Helps,’ and its a-side,  ‘Deeper Deeper’ was used in a Suzuki Swift Sport commercial.

That same year, the band took on the international sphere, touring outside of Asia for the first time, selling out almost immediately in Europe. They held successful concerts on both coasts of the USA, and some in Canada and the Midwest.

In 2014 ONE OK ROCK joined the VANS WARPED TOUR, which took them to 18 cities in North America. And because the ambition was always on ten, they recorded and dropped a new single, ‘Mighty Long Fall/Decision,’ the first of which was used as the theme for the sequel to the Rurouni Kenshin movie. Along with ‘Deeper Deeper/Nothing Helps,’ ‘Mighty Long Fall/Decision’ both charted at #2, making them ONE OK ROCK’s highest-charting singles to date.

ONE OK ROCK’s January 2017 album Ambitions was the highest-selling record on the planet for that week and topped the Japanese Oricon chart – their first number one spot on the album charts. It was as if all their Ambition had come to fruition.

ONE OK ROCK’s latest album, Eye of the Storm (2019), was a result of Taka wanting to push the band’s efforts further than previously thought possible. They certainly have been through the eye of the storm as a band before, but persevered nonetheless. Taka wanted the album to have an uplifting, positive vibe, drawing inspiration from Disney songs and musicals. Eye of the Storm shined a spotlight on a subject rarely talked about: the effect of peer pressure on Asian-American youth.

In the video for ‘Stand Out Fit In,’ the second single off Eye of the Storm, Taka sings about the laments of somebody forced to stay in line with the status quo at school and evokes the mental see-saw between wanting to fall in line versus accepting themselves for who they are and not caring.

‘Stand Out Fit’ In also alludes to specific struggles for boys and girls, respectively – feeling like crying is weak, or the pressure to look white and thin. The song was also featured in a Honda bike commercial.