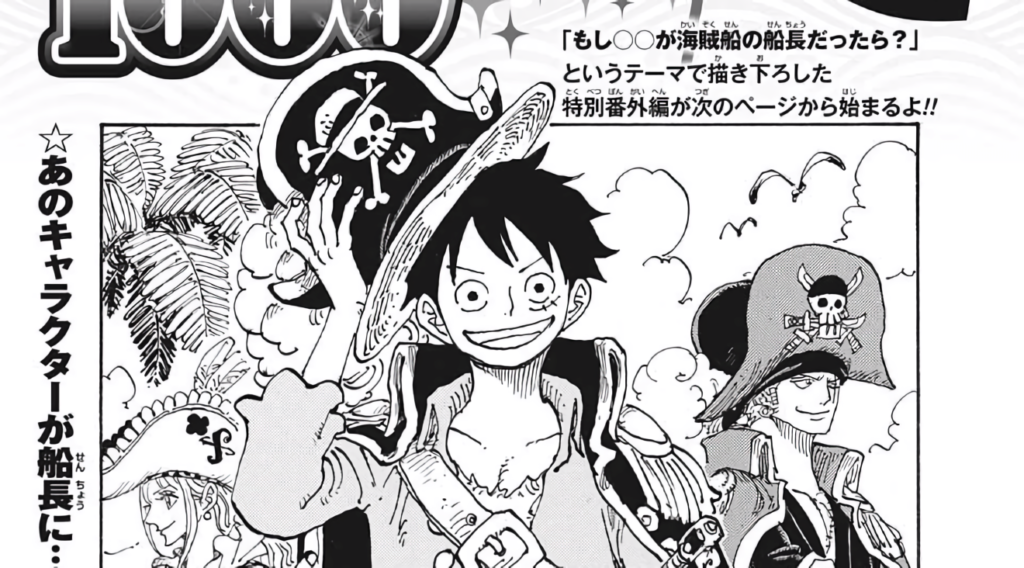 There’s no doubt that the inception of VIZ Media’s Shonen Jump has been a net positive for the manga industry. With its low, consumer-friendly subscription price and the latest chapters available for free, there’s virtually no reason anymore to read illegal scans, especially given the quality of the translations on offer. Nevertheless, there are occasions when the service’s format allows things to slip through the cracks: the celebrations surrounding One Piece chapter 1000 being a prime example of that.

Of course, the chapter itself is available to read for free on the site. The series’ historic achievement is also proudly signposted in the tagline and header image, which uses the illustrations penned for the latest cover of Weekly Shonen Jump. 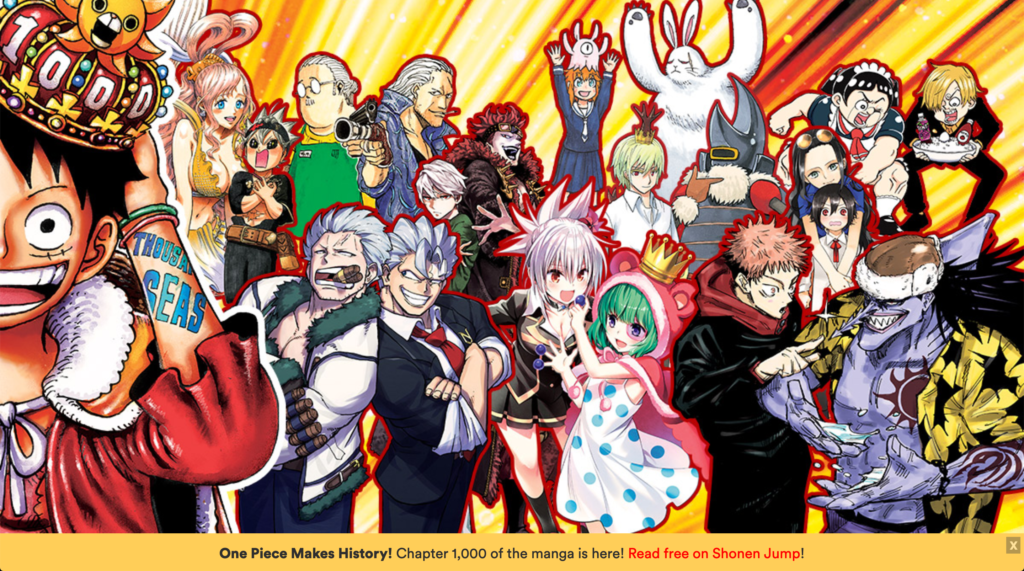 Even so, if this site was the only place you got your information from, you might not be aware that this is a collaborative effort involving every single author currently serialized in the magazine. There’s no mention of this on the homepage, nor the blog, and the banner image, while neat, doesn’t really capture the fact that the two issues containing One Piece chapters 999 and 1000 can be placed together to create one giant illustration. It’s yet another casualty of the format.

What’s even worse, though, is that a whole series of side stories by other Jump authors imagining their own protagonists as pirate captains to celebrate One Piece chapter 1000 has gone untranslated and seemingly unnoticed by the team over at VIZ. Considering that they translated the second installment of Shokugeki no Sanji (a One Piece ‘cover’ by the Food Wars! creators) it’s honestly surprising that they wouldn’t pick up these tiny stories, either.

Perhaps this is because they can’t be neatly filed away into a series subpage, nor under a single author credit, but either way: the site’s format is unfortunately depriving One Piece fans of another key piece in the series’ chapter 1000 celebrations, and that’s disappointing.