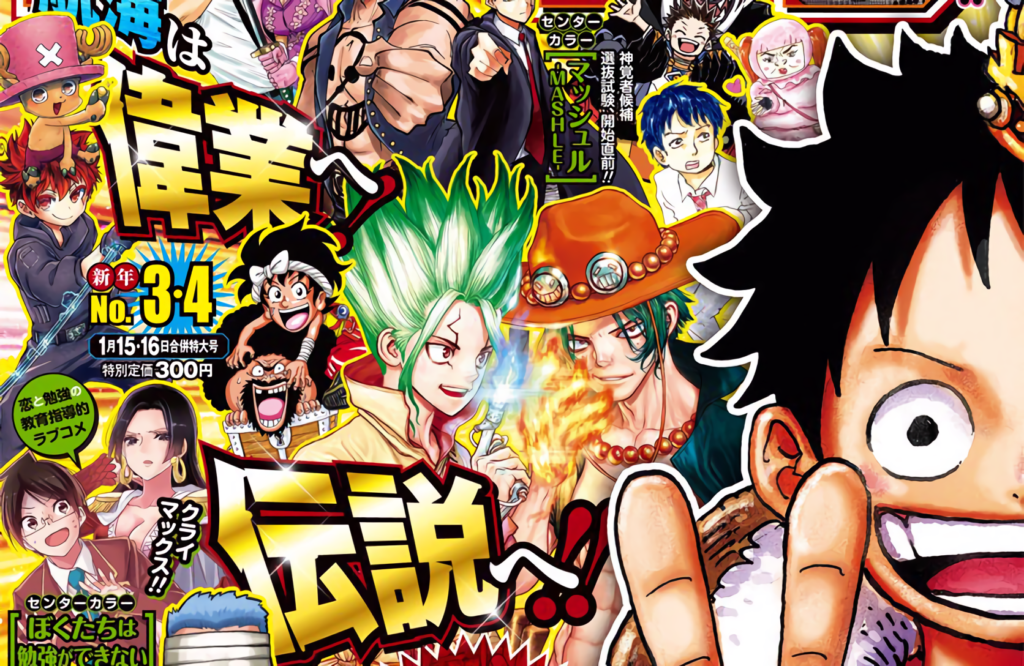 It’s been a long time coming, but One Piece is about to hit that elusive chapter 1000. Although a sudden hiatus back in September meant that the milestone couldn’t be achieved this year like original creator Eiichiro Oda initially wanted, the next combined issue no. five and six of Weekly Shonen Jump will finally publish the big 1000. Naturally, Shueisha has pulled out all the stops to celebrate this momentous occasion.

First of all, adorning the front cover of this week’s combined issue three and four is the first half of an illustration featuring renditions of various One Piece characters from all authors currently serialized in the magazine. This can then be paired with next week’s issue no. five and six (on sale 4 January) to create a massive, double-sized illustration befitting of the series’ big historic milestone. 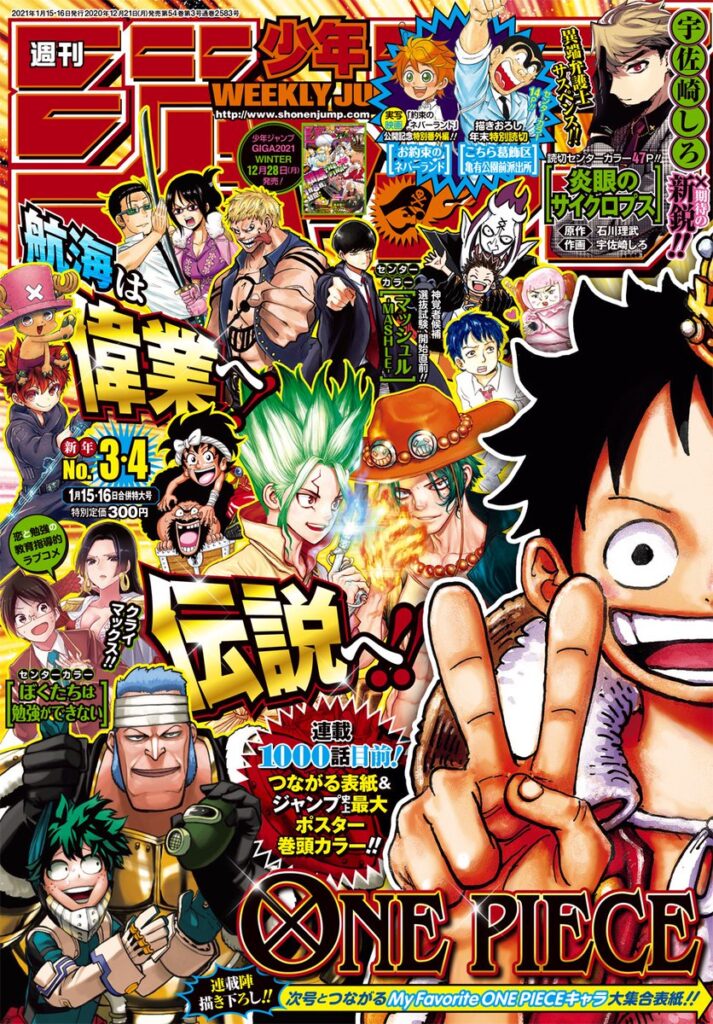 Apparently, these are each authors’ ‘favorite’ One Piece characters, which explains why such artists as Dr. STONE’s Boichi have chosen Ace (he’s currently adapting the light novel Ace’s Story for One Piece Magazine). Finding time in all twenty-or-so authors’ busy schedules to contribute a character illustration must have been no easy task. This speaks to how seriously Shueisha is taking the momentous One Piece chapter 100.

Furthermore, a new website titled ‘ONE PIECE 1000LOGS’ has also been launched, showcasing a bunch of color illustrations produced by Eiichiro Oda over the course of the series’ run. It’s currently locked behind a countdown, but it’ll go live on the evening of 3 January, which is when chapters from the next Weekly Jump issue (including One Piece chapter 1000) will be published online. 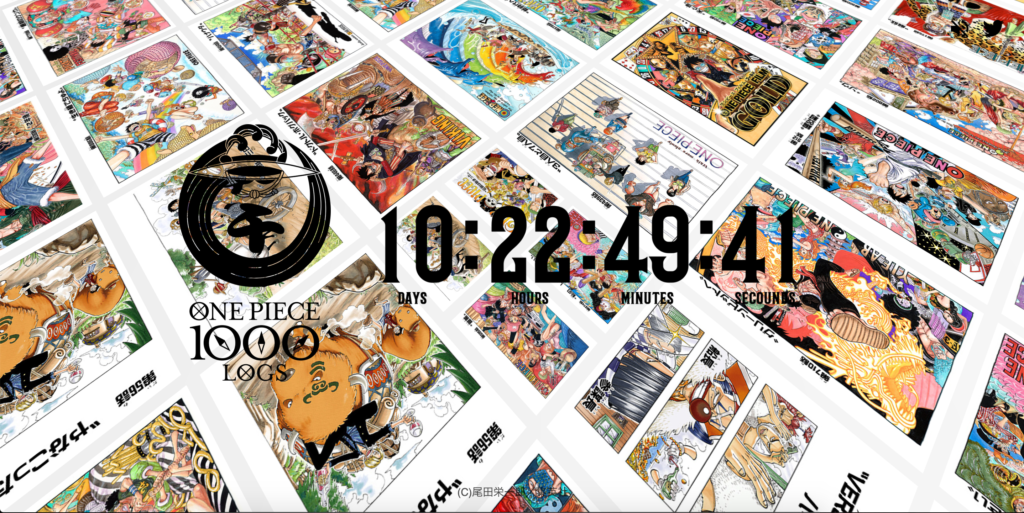 What might lie behind this countdown is a very interesting question. I mused in a separate piece on the promotion for the upcoming One Piece volume 100 (another important milestone) that Coronavirus may have cleared up by then to allow for more in-person events, but that now appears to be little more than wishful thinking. It’d certainly be a shame to have One Piece chapter 1000 pass by without some sort of fan meeting, however, so here’s hoping something along those lines lies behind the 1000LOGS countdown.

One Piece chapter 1000 will release on 3 January.