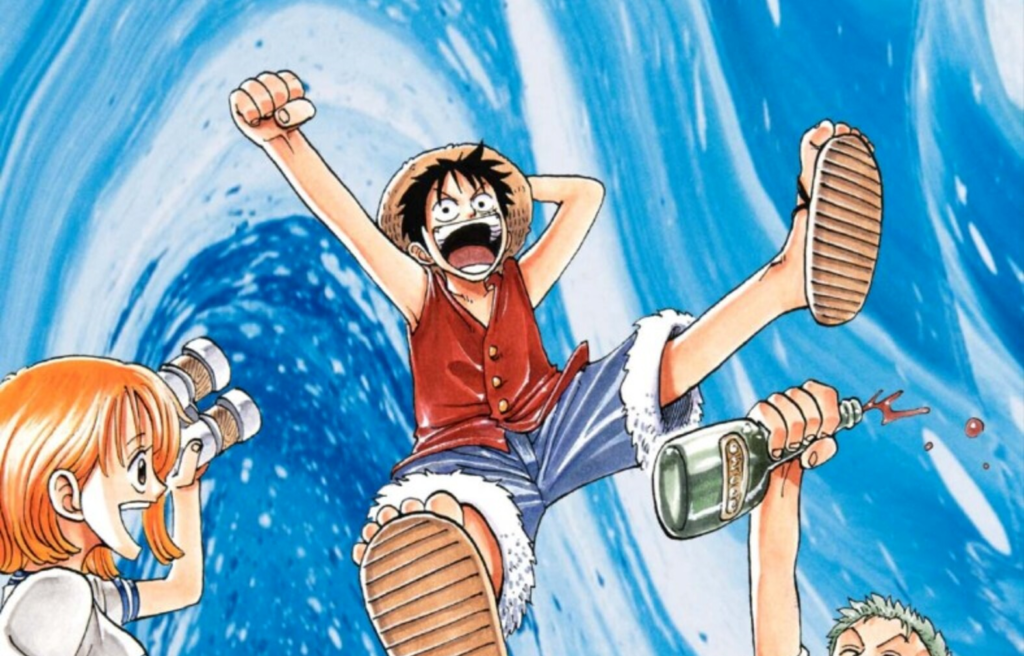 Although Eiichiro Oda’s One Piece is far from being the longest-running manga, it certainly has quite a lot of volumes. Trying to fit them all on your shelf may be a bit of a pain. Luckily, Shueisha has recently announced a new edition of the One Piece manga in Japan, called the ‘One Piece Comic BOX Sets.’ Collecting each of the first three story arcs into three giant volumes, these box sets almost make the long-running shonen manga look classy.

Announced in this week’s combined issue no. 33 and 34 of Weekly Shonen Jump as part of the series’ 23rd anniversary, the ‘One Piece Comic BOX Sets’ mainly focus on the series’ first three arcs: East Blue, Alabasta, and Skypiea. Collecting all thirty-two volumes that make up those three arcs into nine massive tomes, the series is presented in “extravagant” style and truly evokes the spirit of adventure. 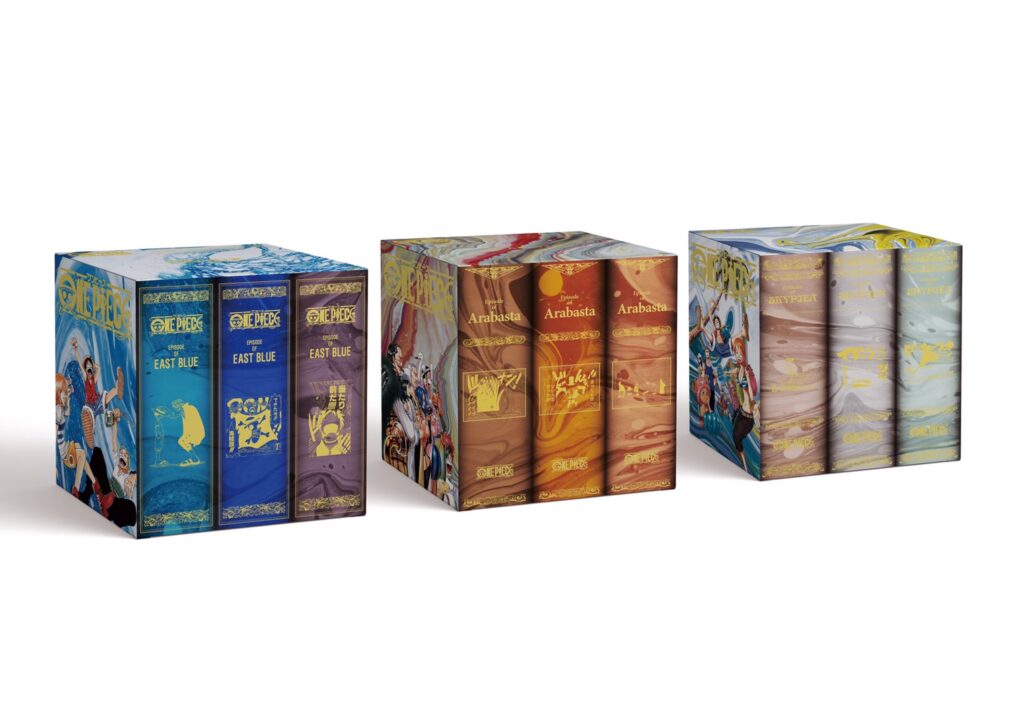 Massive box sets such as these are quite common in the West, but you don’t see them quite as often in Japan. Something along the lines of VIZ Media’s Omnibus Editions isn’t exactly needed when volumes of One Piece can be picked up for ridiculously cheap in second-hand bookstores such as Book Off and Mandarake. Still, the ‘One Piece Comic BOX Sets’ certainly has collector’s value, and the designs go a long way into making the editions quite a thing to behold.

The price tag isn’t even that bad, either. The East Blue set will cost you 5280 yen, while the Alabasta and Skypiea sets cost a little lower at 4840 and 3960 yen respectively. Clearly, the price for the introductory set is being set higher as Shueisha knows that this will be the one most in-demand, and lowering prices for subsequent sets might incentivizes consumers to pick up the rest.

While this first wave of ‘One Piece Comic BOX Sets’ may focus on the series’ introductory arcs, a second-round is on the way. Keep your eye on the official Shonen Jump website for more details.