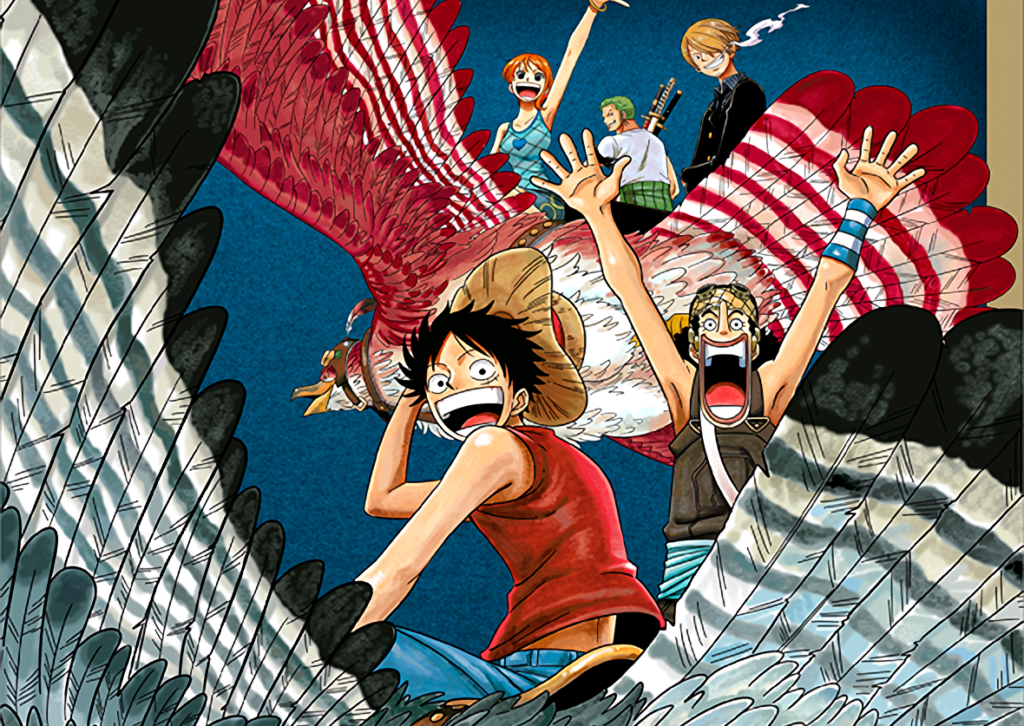 One Piece has been releasing a bunch of special products to mark the series’ 23rd anniversary, including mammoth box sets for the collected volumes released thus far. Left out of the proceedings up until this point, however, has been the anime – produced by Toei Animation, it has been running for 21 years and undoubtedly played a large part in getting the series to where it is today. If “One Piece Eternal Log ‘EAST BLUE’” is a taste of what we can expect to get in the future, however, perhaps we shouldn’t get our hopes up.

Unveiled over the weekend by way of a terrible PV (seriously, what’s with the corny eurobeat remix of ‘We Are’?), One Piece Eternal Log EAST BLUE is the first in a series of Blu-rays that will collect the different arcs of the anime up until this point. Coming in at just over $185 USD (19,8000 yen), it’s honestly not a bad deal from a collector’s point of view considering that it contains all 61 episodes of the East Blue arc in one single package. The only problem is: the aspect ratio.

As pointed out in the replies to @WSJ_manga’s tweet and confirmed via the official page on Avex’s website, One Piece Eternal Log EAST BLUE will present the first 61 episodes of Toei’s anime in 16:9 format. Original episodes of the One Piece anime were made and broadcast in 4:3 before making the jump to widescreen after episode 207, which means that the so-called ‘Eternal Log’ isn’t so eternal after all – it’s an inferior version.

Avex’s website promises that the original episodes of the East Blue arc have been “digitally remastered” for the One Piece Eternal Log release, but we all know what that really means. Much like when The Simpsons was put on Disney+, it means either zooming in or stretching the episode out – either way, detail is lost.

It is disappointing to see the One Piece anime celebrating its own legacy in this way, and one has to wonder what the aversion is to 4:3 is these days. Are we that afraid of black bars? I’d rather take those over a “remastered,” inferior version any day.

The One Piece Eternal Log EAST BLUE is available to preorder now via Avex.