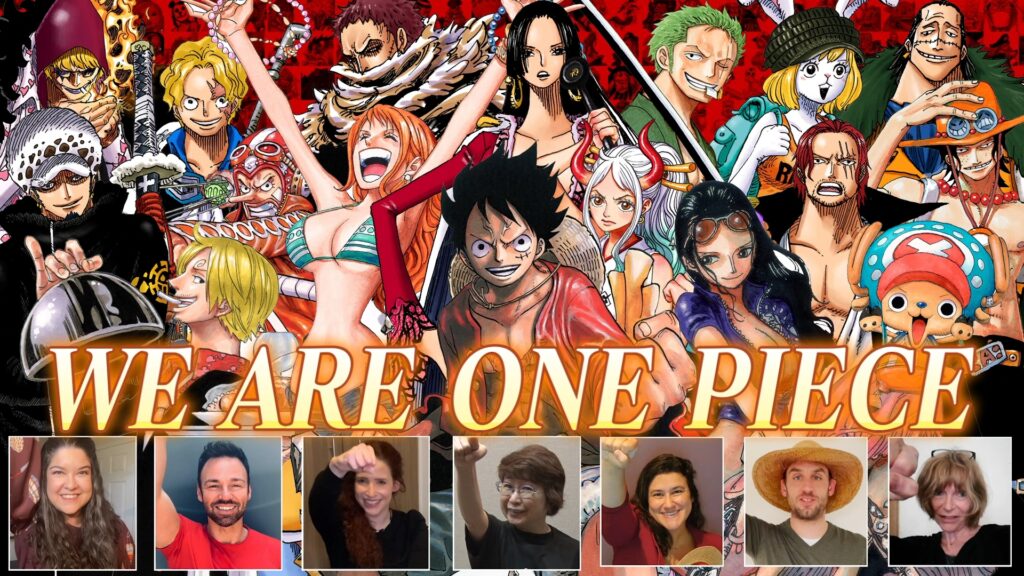 Back in January, fans of One Piece were asked one question: who’s your favorite character? Celebrating 1,000 chapters, SHUEISHA didn’t keep the question within Japan’s borders, instead putting out a call to action to wannabe pirates around the globe.

Depending on who you are and how long you’ve been sailing the high seas with the Straw Hat crew, maybe that question isn’t simple at all. Regardless, the results have finally been tallied, and worldwide fans have spoken! 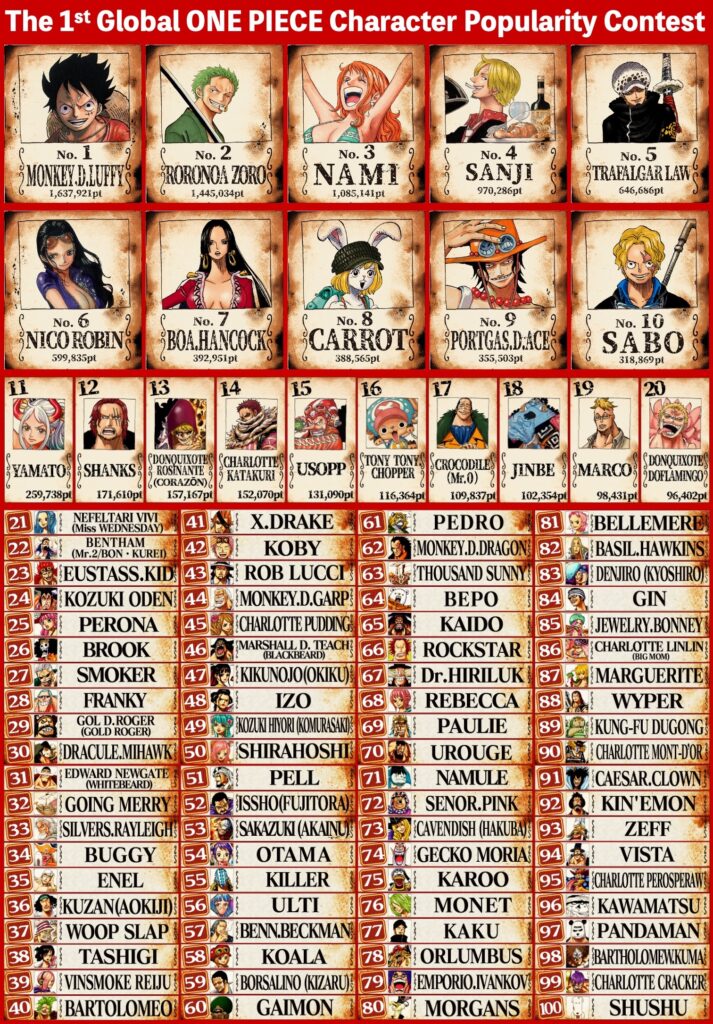 Unsurprisingly, our beloved and very stretchy main protagonist Monkey D. Luffy holds the top spot, with the sword-slinging Zoro sitting in close second. Navigator Nami and chef-extraordinaire Sanji follow, with the fearsome captain of the Heart Pirates, Trafalgar Law rounding out the top five. In nearly two months of polling, 12 million votes were cast for over 1,100 different characters.

Curiously, the results shift a bit when accounting for region, with Nami holding the top spot in Latin America, Europe and Oceania and Zoro reigning supreme in the Middle East and Africa. 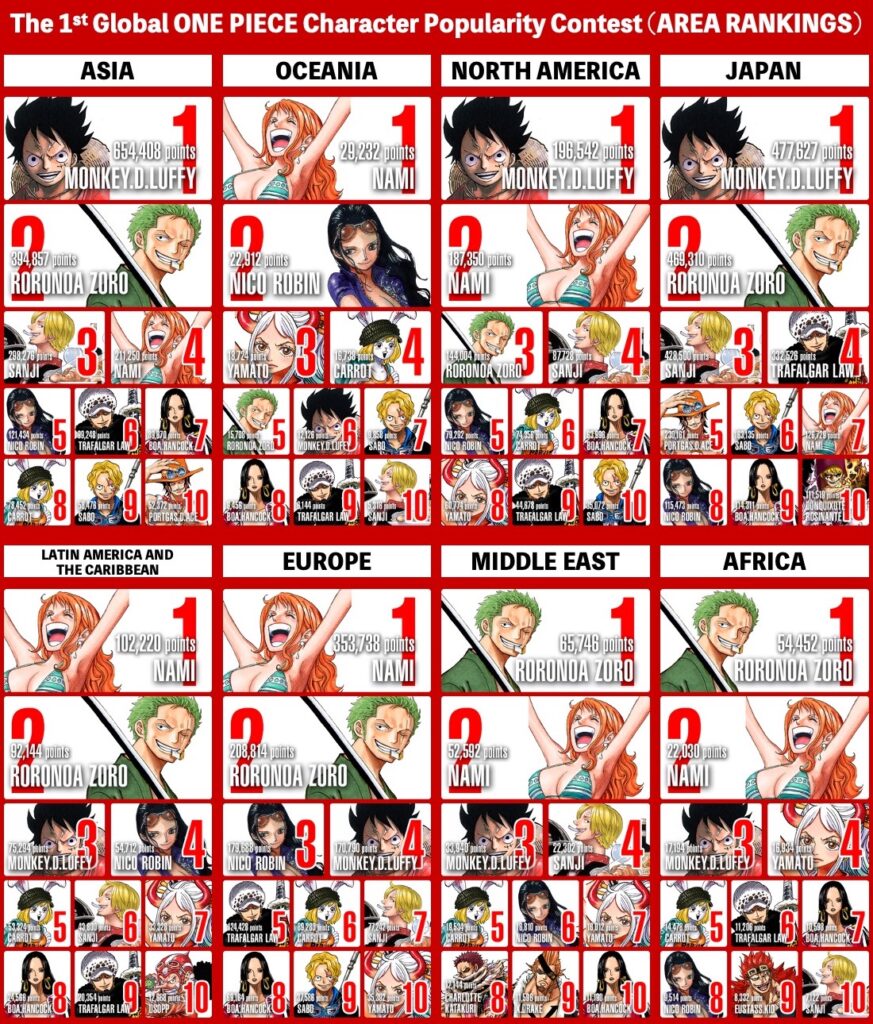 The results were announced on a special episode of the ONE PIECE TIMES web series, premiering on the official One Piece YouTube channel today, 5 May. As the slogan for the poll was ‘WE ARE ONE,’ emphasizing the passion fans have for the series beyond borders and language, the special featured 22 One Piece mega-fans from 12 different countries as special guests. It was nice to feel the sense of togetherness that fandom can give us, and we applaud the show for reaching out to interested parties!

Series creator Eiichiro Oda had plenty to say in a new letter penned for the event.

Usually, this character ranking poll is only done in Japan, but by opening it up to the world through the internet, I was able to see in real time a glimpse of which characters are popular in different regions of the world. Some characters went up in the rankings since the midterm results, so it was truly entertaining.

I heard that there seemed to be some movements online organized by fans to come together to cast votes for unexpected characters. That didn’t get past the production team! (laugh) It’s amazing how different the preferences towards these characters are all over the world and it was so fun seeing how it went down for Robin and Carrot.

As I promised, I’ll be creating a cool piece with the characters who ranked in the top 50 plus some others, so please look forward to it.

Thank you so much to all the ONE PIECE fans all over the world for casting so many votes!

A video has also been announced in the coming days, featuring 11 of Luffy’s voice actors from around the globe reading some of the character’s most memorable quotes in local languages. Congrats to Straw Hat for taking the gold!