One Piece Magazine Issue 11 Examines ‘The Power of Words’ 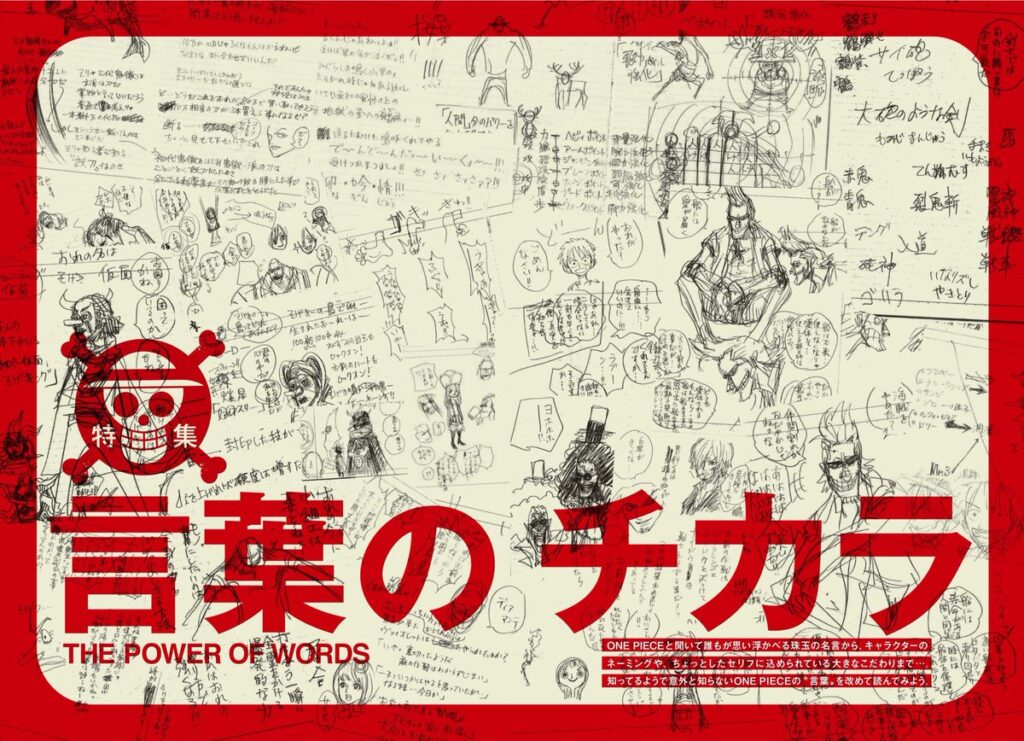 Eiichiro Oda’s One Piece is known for its unique nomenclature and motivational speeches just as much as it is for its inventive action and extensive world-building, which is why it is fascinating to see that the latest issue 11 of One Piece Magazine is exploring ‘the power of words’ in the series.

Out now, this latest issue of the series’ official ‘mook’ magazine also contains the second chapter of Dr. STONE artist Boichi’s manga adaptation of Ace’s Story, which has been ongoing since September. It also contains the first installment of picture book artist Shinji Yamamoto’s new series ‘Picture Book: Luffy and Chopper’s Secret Adventure,’ which sounds interesting. The main feature, however, is a 40-page special on the role that words play in the story, containing pieces from several special guests.

Also featured is a new interview with the lyricist Shouko Fujibayashi, who wrote the series’ iconic first OP ‘We are!,’ alongside an explanation section using past interviews and Q&As with Eiichiro Oda to show how he comes up with character names and puts together natural dialogue.

Undoubtedly, issue 11 of One Piece Magazine will be a must-have for both fans of the long-running series and those interested in the practice of making manga alike. There is a reason why Portgas D. Ace ranked so high on a 2018 Anime! Anime! survey ranking their readers’ favorite last words. Eiichiro Oda is doing something right!

Issue 11 of One Piece Magazine is on sale now from Shueisha for 1000 yen.