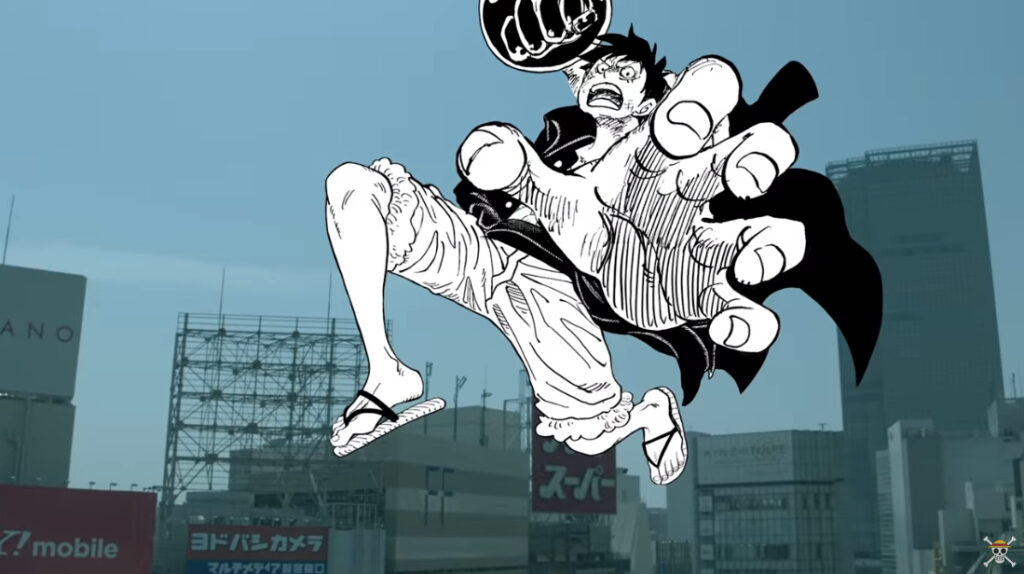 If you’re a fan of One Piece, you need to see this awesome, short YouTube video which was posted on Thursday (Pacific Time). The video features a wild, artistic vision of a massive pirate battle in the middle of central Shinjuku. It’s simple, but effective:

The creative and clever promo celebrates the 99th volume of the Straw Hat Pirates’ manga adventures, which came out on Friday (Japan Time). In the video, Luffy and his allies fight (and sometimes run, poor Chopper) against Kaido and the Beasts Pirates in Shinjuku. 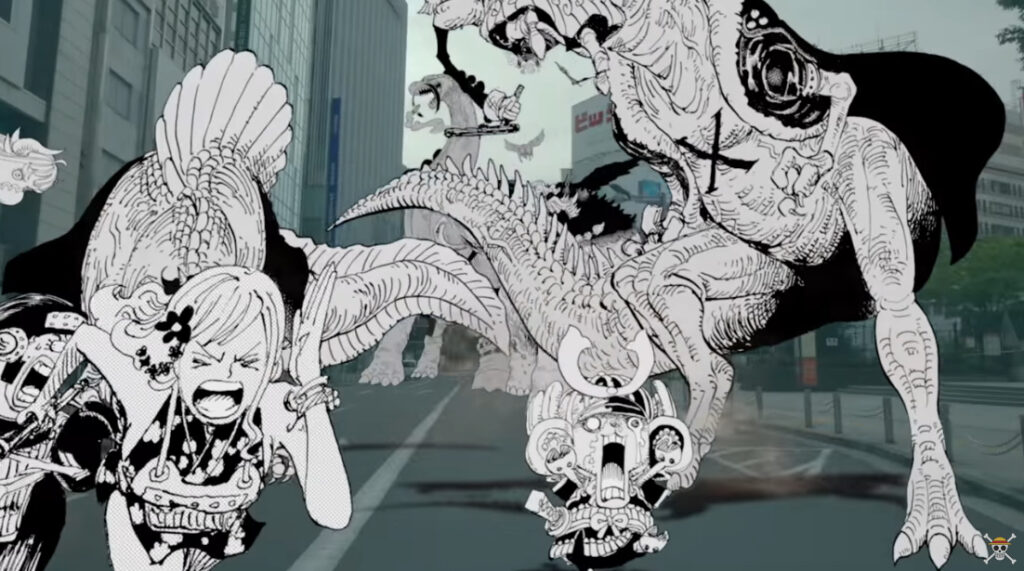 All the characters are drawn in black-and-white, manga-style. And they are superimposed over drone images of the very real neighborhood surrounding Shinjuku Station. Somehow, they all look like they belong there.

The video uses artwork from volume 99. And the liner notes for the video warn that there may be spoilers (assuming that you haven’t read the individual chapters that the tankobon volume pieces together). 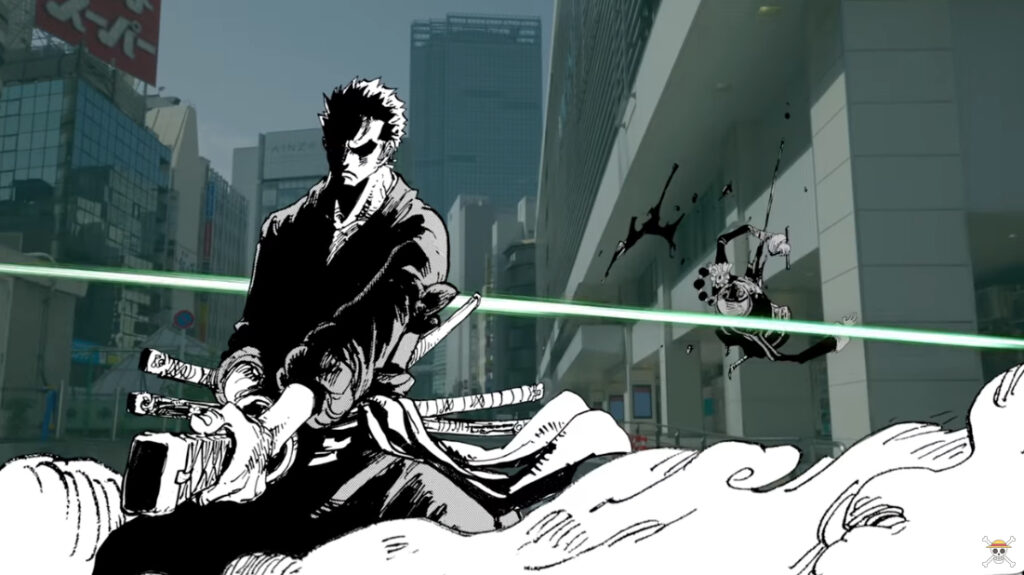 Of course, in the actual manga, all the fighting takes place in Wano Kuni. Wano is very heavily influenced by medieval, feudal Japan, so it sort of makes sense to transport the Straw Hat pirates to modern Tokyo. Or not. It’s still all in good fun.