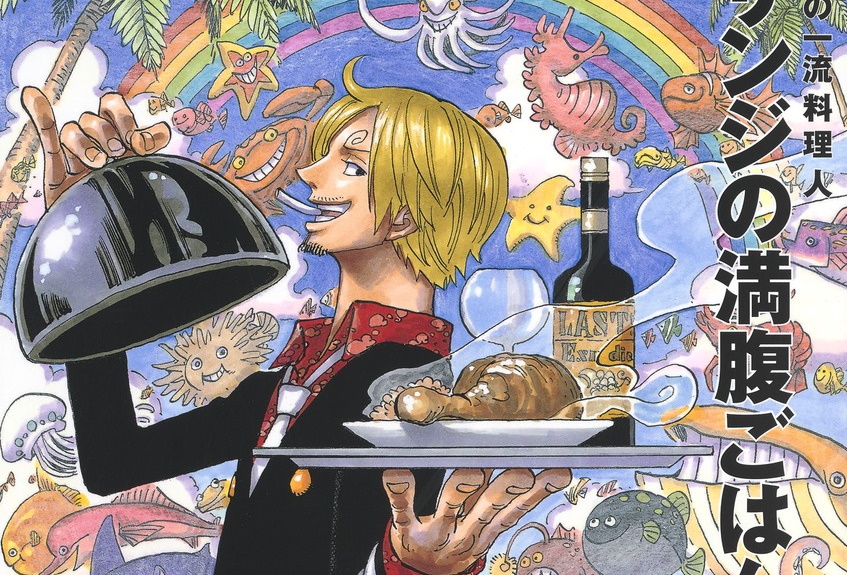 Eiichiro Oda’s One Piece has always enjoyed a strong connection with delicious food. Not only are the dishes that appear in the series always appetizing, the character of Sanji has always meant that the art of cooking has remained close to the series’ core. In this respect, perhaps it is no surprise that a One Piece cookbook would do well – but not one that was released eight years ago.

According to a report from Oricon, the One Piece Pirate Recipes: Sanji’s Gut-Stuffers cookbook recently surpassed 210,000 copies in circulation. That may not sound a lot in comparison with the main series’ gargantuan numbers, but is certainly unusual for a spinoff book. Bookstores are also still regularly selling out and having to place repeat orders. As a result, the cookbook – originally released in 2012 – is getting a new edition on July 3, leaving out the silicon mat that comes bundled with the original version.

Certainly, One Piece’s popularity has something to do with the cookbook’s continued success. But the contents are quite dated at this point, containing recipes inspired by the arcs that had been released at the time of writing. There is also another cookbook out there, focused on character bentos.

So why One Piece Pirate Recipes? According to “food stylist” Iijima Nami, who was interviewed for the piece, the secret lies in how the book very simply explains how to make several delicious dishes that appear in the series: “Luffy’s favorite” meat on the bone, the “unbelievably awful (great)” soup, and so and so forth. An editor for the series also said in a programme last month that he himself has “had fun” making the recipes, so the feeling is mutual.

It is on this basis, then, that the One Piece Pirate Recipes cookbook has continued to be a big hit among fans of Eiichiro Oda’s long-running series. The question therefore becomes: why hasn’t Shueisha released another? And how come it has never gotten an English release? In the meantime, however, you can check out the full recipe list via the One Piece wiki.