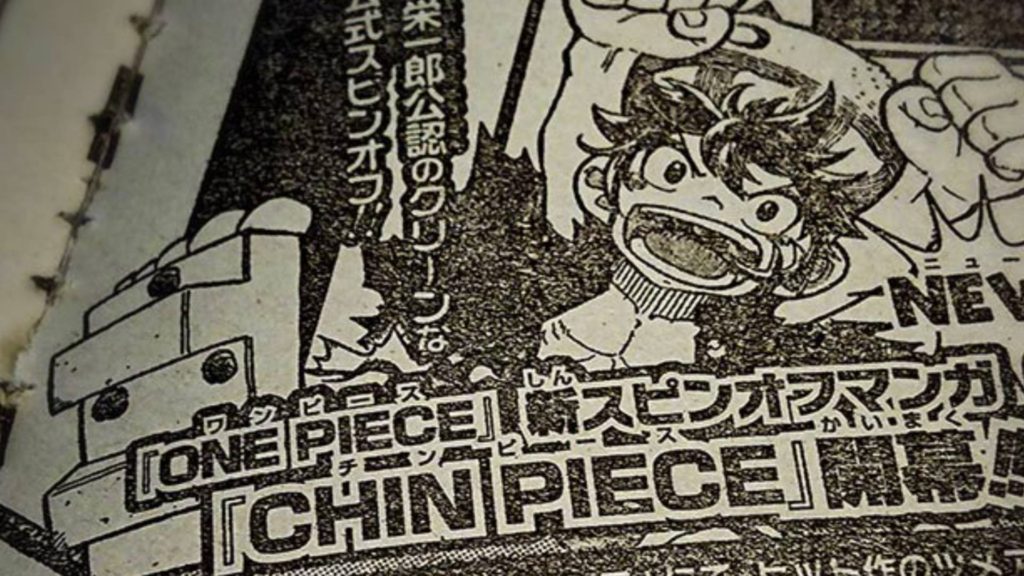 Contained within the pages of 2018’s 25th issue of Weekly Shonen Jump, readers were in for a special surprise when it was announced that Eiichiro Oda’s massively-influential manga series One Piece would be receiving a new sanctioned spinoff series known as Chin Piece the following month. Set to be penned by Yoshikazu Amami, best known for their work on Battle Spirits Burning Soul’s manga, the series will begin publication in the June 1 issue of Saikyo Jump.

Within the capture of the latest Weekly Shonen Jump shared by Amami, it’s announced that the spinoff manga has been officially sanctioned by Oda, though it is currently unknown if that is as far as his involvement reaches with the series. Details pertaining to Chin Piece were scarce, with Yoshikazu Amami announcing that there’s a lot of details they simply can’t share. With that being said, however, they were happy to share but one comment:

With a cloud of mystery surrounding just what will come of this story, we’ll be sure to keep our eyes on the upcoming June 1 Saikyo Jump as we get our hands on it. Until then, we’ll keep you updated as further information is announced.