‘One Piece’ Returns to Take Over USJ This Summer 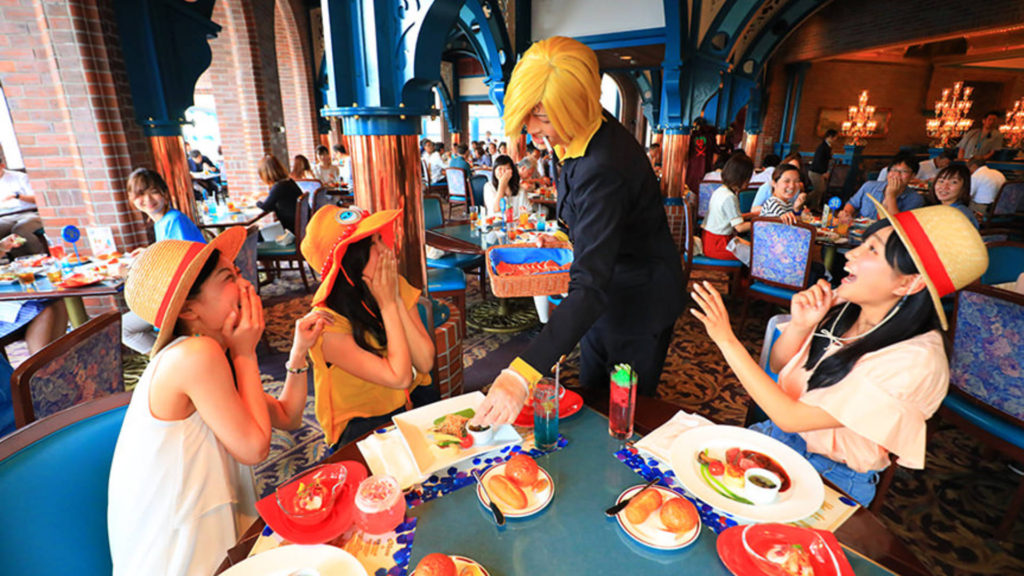 Mega-popular Jump series One Piece has featured as an attraction in Osaka’s Universal Studios Japan for years now, and this summer the series plans to bring back it’s biggest attractions to the park – making it another unmissable summer for fans.

First up is the ‘One Piece Premier Show,’ which has occupied the Waterworld stage every year since 2007. Much like Waterworld, it uses both pyrotechnics and water effects but also features musical numbers and minigames in which the audience is encouraged to participate. Since its debut, the show has moved through the series’ story, starting with the encounter with Buggy the Clown, and this year it moves to the Alabasta arc – one of the most popular arcs in the series. Last year, the show had a 99% audience satisfaction rate, so it seems like it’s an unmissable experience for both fans of the series and regular park goers.

A newer, albeit smaller attraction returns once more this year in ‘One Piece Water Battle.’ From the title, it’s pretty much self-explanatory, but the attraction is a mini-show in which participants get to battle nefarious pirates with water guns, in order to keep them away from the treasure. I’ve always loved water battles since I was a kid, so combining it with One Piece sounds amazing – although I imagine bringing a poncho is essential. This is the only attraction that won’t require pre-booking and is included with your entrance ticket to USJ, so I imagine everyone will be checking this one out.

The much-loved ‘Sanji’s Pirate Restaurant’ is also making its return this year, and this is definitely the attraction I most want to check out. Not only is Sanji my favorite character, but the theming of the attraction looks great – the food is designed for the ladies, mirroring Sanji’s own obsession with beautiful women, and characters from the series also wander around the restaurant and talk to you. After you’ve finished eating, you even get to take a photo with them. Sanji and Luffy are always in attendance, but what other characters will be there changes from year to year. Last year it was Zoro, Bartolomeo, and Duval, so I wonder who will be there this year? Like most of the USJ themed restaurants, it will take place in ‘Lombard’s Landing,’ which is where the Detective Conan restaurant was when I visited in February.

As I stressed, only the mini-show ‘Water Battle’ will be included in your entrance ticket, since the rest are big, limited-time events. You can buy tickets on the day, but they sell out fast, so I’d recommend booking online via the website if you can – don’t make the same mistake I did when I went and couldn’t participate in the Conan escape room!

Even if you aren’t able to participate in the One Piece events, many areas of the park will be themed after the series to promote the new attractions, so even walking around the park will be a great experience for the fans. Furthermore, the USJ gift shop will no doubt be selling some exclusive merchandise, so you may end up leaving the park with your wallet a little lighter than you expected – I know that I experienced the same thing when I discovered all of the exclusive Conan goods.

So if you’re planning on going to USJ this summer and are a fan of the series, then definitely try and check these attractions out. Tickets for the ‘One Piece Premier Show’ are available from 4/24, and the attraction itself will be in operation from 7/6 to 9/30. Meanwhile, tickets for ‘Sanji’s Pirate Restaurant’ will go on sale from 4/27, and the event will last from 6/1 to 9/30. Check out the website for more information.