Anything For an A: What’s the Deal With Onegai Teacher (Please Teacher!)? 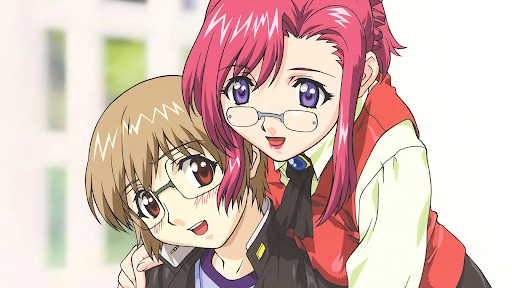 I’m a 3DS-era Fire Emblem fan, so I know all about the ‘hot for teacher’ student/teacher fanart, fics, and memes to have come out of the most recent Three Houses video game.

While this is only half-true in execution, the game dancing around said fantasy has a lot of appeal for many players. I’m not into that kind of power dynamic myself, but I wanted to bring it up as it is a popular one.

After all, in Fire Emblem: Three Houses’ fellow 2019 (re-) release, Persona 5 Royal, you can straight-up romance your homeroom teacher!

If I had to try to pin down the student/teacher dynamic, I’d say it has just as much to do with the forbidden, with thrill, as it does trust.

I don’t think it’s a coincidence that most media, anime in particular, deal in relationships between attractive female teachers and unassuming male students rather than the other way around. I won’t get into the less than stellar implications behind this trend, but more often than not, dominance is the name of the game.

I imagine there’s something satisfying about capturing an older person’s attention, even with youth being pushed as the go-to image of pinnacle beauty.

Sometimes the appeal of a lady teacher lies in her desire to help, her maternal instincts, and warmth. In contrast to, or perhaps because of this hook, the fantasy of being taken care of as the dominant party for once in a student/teacher dynamic pretty much means having the best of both worlds.

And sometimes, a guy just wants a lady teacher who also happens to be an alien. 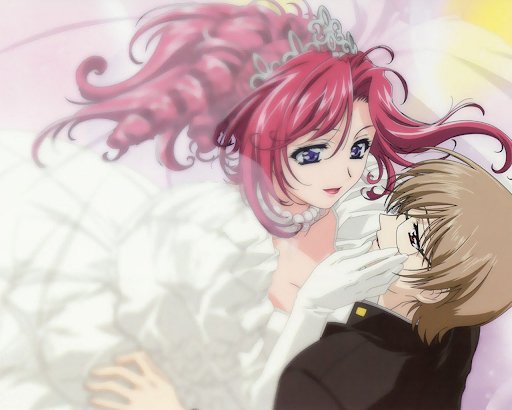 What Is Onegai Teacher?

The rom-com/sci-fi anime original Onegai Teacher (translated to Please Teacher! for its English release) was produced by Daume Co. of horror anime Shiki fame in 2002.

Considering the early 2000s was prime time for anime being dubbed and/or localized in the States, I wasn’t surprised to see quite a bit of love for the show via comments and forums.

However, while looking into Onegai Teacher’s background, I was taken aback by how familiar its pink-haired heroine and quirky premise were.

The heroine in question, Mizuho Kazami, is the spitting image of Ichika Takatsuki, with Ichika being from a completely different rom-com/sci-fi anime original called Waiting in the Summer (2012). As it turns out, both ladies were created by Onegai Teacher’s lead character designer Taraka Uon and both shows’ screenplays penned by Onegai Teacher’s lead writer, Yōsuke Kuroda of Mobile Suit Gundam 00 fame.

With that said, the two series share a lot more than just similar female leads.

Onegai Teacher follows the gentle, but emotionally and physically stunted Kei Kusanagi whose ‘standstill’ was caused by trauma involving his deceased sister three years prior to the show. Kei is not without a close-knit and supportive group of friends, but still finds himself unable to move forward with his life.

That is, until he spots a UFO one fateful night.

Enter Mizuho Kazami, a half-human surveyor sent from space to monitor the earth.

Mizuho takes on a teaching position at Kei’s high school as a cover for her real job, the two being brought together by the latter’s almost drowning (and later encounter with the former’s spaceship). In a matter of days, one thing leads to another and Kei and Mizuho are forced to pose as a married couple in order to protect Mizuho’s identity.

And as is the romantic comedy way, shenanigans ensue.

I’m not quite sure where the line is, or should be drawn, when borrowing from one’s own work, but Onegai Teacher and Waiting in the Summer deal with near-identical scenarios to the point where I thought the latter had blatantly plagiarized.

But in hindsight, I think it’s far more appropriate to compare artist Taraka Uon and writer Yosuke Kuroda’s second collab to the dynamic between Studio Ghibli’s Nausicaä of the Valley of the Wind and Princess Mononoke, or even sci-fi anime Turn A Gundam and Aldnoah.Zero. I’d argue that these two sets of anime explore the same narrative beats and themes, but boast enough changes in look, setting, and tone to be distinct.

Or perhaps, it would be best to ‘read’ Waiting in the Summer as a ‘reboot’ or a second take on Onegai Teacher featuring a smaller cast (that still manages to devolve into one heck of a ‘love pentagon’) and a student/student relationship at its core rather than a student/teacher love story.

Kei Kusanagi is a shy, soft-spoken boy inexperienced with girls in a similar vein to most harem protagonists, but at least his past lends some credence as to why he is the way he is.

Which isn’t to imply that a character requires trauma to be interesting, but in Kei’s case, him working through personal issues does add to his romance with Mizuho. It wouldn’t do the plot justice to reduce Kei’s character to that of a simple self-insert. The shy Kei has layers that come undone when push comes to shove (i.e. our couple’s impromptu wedding in Episode 3), as is to be expected.

I was also pleasantly surprised by our hero’s eloquence and relative grace in the face of all of this ‘shoving.’

Anime fans know the drill. A guy and a girl are found (heaven forbid) alone together, in a state of scandal or undress, and/or avoid being caught in either situation by sheer luck.

Unlike his Waiting in the Summer counterpart Kaito Kirishima, Kei knows what’s up.

Kei learns of Mizuho’s alien nature by Episode 2, putting him in a position where he has to make important decisions and in turn, reveal a more playful side.

Mizuho Kazami, on the other hand, reveals two sides to her personality early on. She’s generally a sweet and thoughtful woman, but possesses no prior knowledge of romance and teen culture. So when it comes to her growing feelings for Kei, the teacher is not necessarily the ‘master.’

As you can imagine, this leads to many a bout of jealousy and misunderstanding for our odd pair.

Kei has several friends looking out for him, but the girl who contributes the most to the plot aside from Mizuho is Koishi Herikawa. Koishi has long loved Kei, and yet, her story takes a…questionable turn near the end.

Let’s just say she becomes involved with a teacher of her own.

I may not agree with the nature of Koishi’s attempts at romancing an oblivious Kei, but I can see where they’re coming from. Like her Waiting in the Summer counterpart Kanna Tanigawa, Koishi is a teenage girl on the cusp of becoming a woman.

Speaking of sexuality, Kei’s friend Hyosuke Magumo is an easygoing, girl-crazy type of guy. But like his Waiting in the Summer counterpart Tetsuro Ishigaki, Hyosuke has his share of mature moments. Which is due, in no small part, to Kaede.

I’d argue that Kei’s second female friend, Kaede Misumi, is the most similar to her own Waiting in the Summer counterpart in design and personality. Kaede and Mio Kitahara both exhibit the same timidity as our hero…and yet, their inner strength and wants come to light much sooner.

Again, a refreshing trait to see in young female characters, even if Koishi and Kaede’s boldness happens to be channeled towards serving their male friends.

In terms of character, the group’s oldest member, Ichigo Morino, and her Waiting in the Summer counterpart Remon Yamano exhibit the most differences.

They’re both mature in their own ways, but while Remon’s insights come from having an odd job (trust me, there’s no guessing this one), Ichigo is largely defined by her six-year physical ‘standstill’ a la Kei.

However, unlike our hero, Ichigo’s standstill feels more akin to a condition often referred to as ‘Highlander Syndrome’ than a product of trauma. As a result, Ichigo embodies the role of a jaded older sister for the group as well as a ‘straight man’ of sorts.

The Legacy of Onegai Teacher

As mentioned before, Onegai Teacher 100% influenced its spiritual successor Waiting in the Summer for the better. In addition, the show proved successful enough to warrant a spin-off in the form of Daume Co.’s love triangle-centric Onegai Twins! (2003) set one year after the original. The spin-off even features a few cameos by Kei and friends!