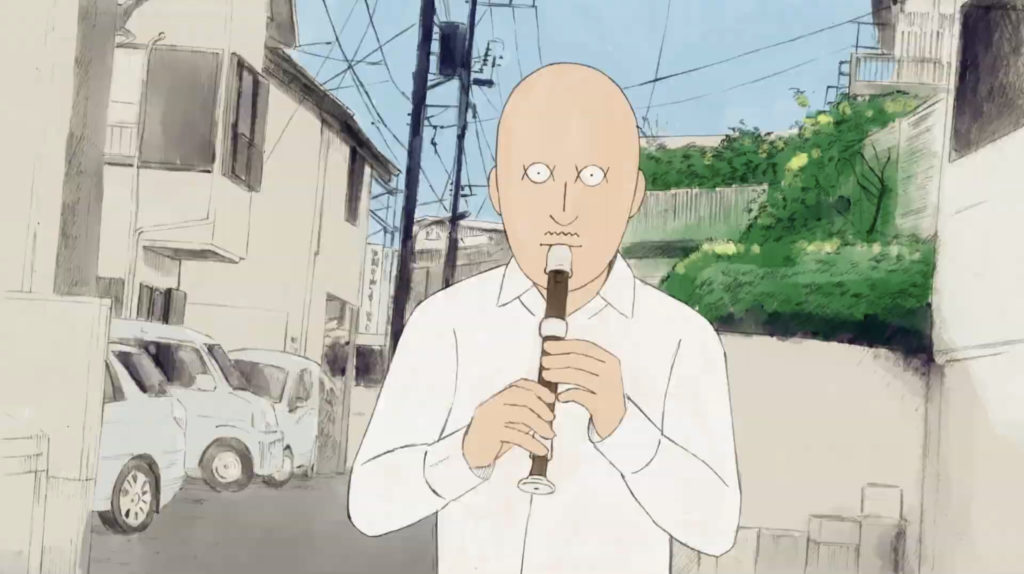 I can almost guarantee that, before reading this article, you haven’t heard of ‘Ongaku’, an upcoming indie animated feature film set for release in January. Until a few days before the film’s world premiere at last weekend’s Ottawa Animation Film Festival, the largest animation film festival in North America, I didn’t know it was coming out. Based on Hiroyuki Ohashi’s manga of the same name and directed by relative unknown Kenji Iwaisawa, whose previous work was on short film projects, it’s understandable that it passed under the radar of many people before now. I know for sure that I’ll have to keep a close eye on this film going forward, as it beat out a competitive field which included fellow anime project Children of the Sea, the winner of both the jury and audience awards at Annecy Festival, I Lost My Body, and more to win the grand prize at the aforementioned Ottawa Animation Film Festival.

Even if you hadn’t heard of the film before now, one look at the film’s distinct art style and interesting concept makes it immediately stand out. Despite having never played music before, Kenji wants to create a band with his friends. Does it matter that he doesn’t know how to play an instrument? To him, not at all, and he sets out on this mission to create music to impress the girl of his dreams. The film is 7 years in the making and is the work of director Kenji Iwaisawa, a film that was only able to make it over the line thanks to a crowdfunding campaign last year to help finish the production. In the jury comments following the film’s victory, the particular elements that they praised that helped them pick their winner was not only its story, which was praised as ‘economic storytelling’ which also managed to avoid sacrificing the deep character development, coupled with a film which embodies a celebration of the medium of animation itself. It’s this second comment in particular that really piques my interest in the movie as a whole.

Many fans, and I admit to being one of these people myself in the past, often invest themselves in anime while looking down on Western animation, when in reality the medium is itself a universal language and a medium enjoyed by people all around the world. They would engage with anime for its characters and stories and even praise its animation, but look down on, say, a new Disney feature, or a TV series such as Steven Universe or She-Ra, despite both being made by people who simply want to create a story they like in a medium they love. In fact, in regards to the former product, there are many who praise Trigger’s work on the recent Promare film, yet would look down upon the recent Steven Universe movie despite Takafumi Hori, key animator on Promare, lending a hand to some visually stunning sequences of that movie, including his work on the musical sequence ‘Other Friends’. The people who create it are all fans of animation for the limitless potential for creativity it allows for, and regardless of if a film was made in Japan or anywhere else, it’s this spark, this love of the medium, that brings everything together and makes any work truly special. Even from a short trailer for Ongaku, I get this impression, and with a movie that promises to develop its animated form alongside its story in its 68-minute runtime, that level of consideration speaks to me and tells me that the people behind this film are not simply using a medium but embracing it and enhancing their movie with its unique characteristics. Seeing that praise being lampooned onto Ongaku only tells me I need to make seeing this movie a number one priority.

While Ongaku’s win at the Ottawa Animation Film Festival may come as a surprise simply because of the fact this relatively obscure indie animation managed to beat out multiple big-name films it was in competition with, it seems like it is well-deserved from everything I have seen up to now. You can see the full list of winners from the festival here, and you can find out more about Ongaku over on the film’s official website.