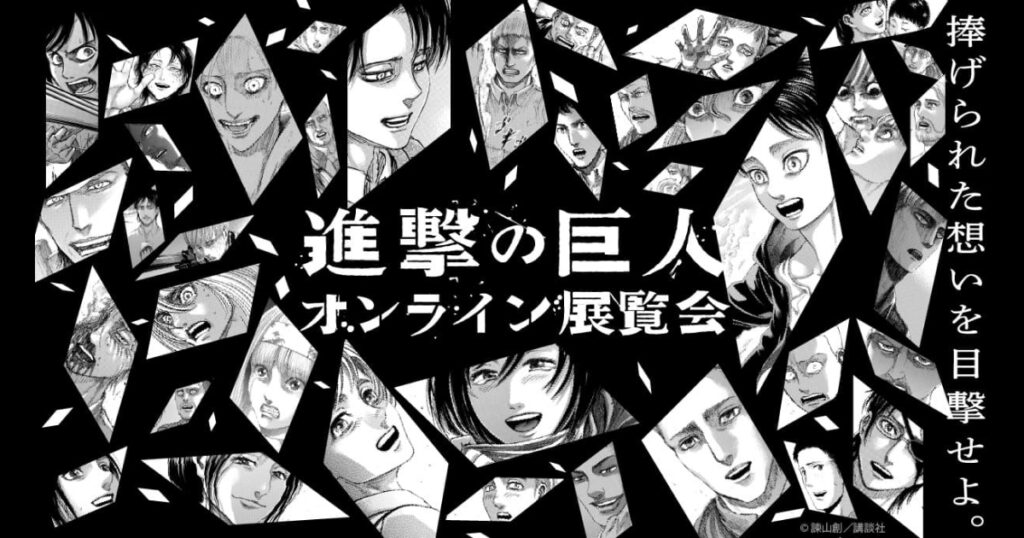 After twelve years and hundreds of chapters, Attack on Titan has come to an end. In many ways, a whole generation of fans grew up alongside Hajime Isayama’s fantastic characters, hence why Anique’s latest online Attack on Titan exhibition is worth checking out.

Instead of exploring the series by story, Anique takes a unique approach to this online Attack on Titan exhibition by breaking it down by character. Almost everyone notable is here, from Eren to Marco to Ymir, with special ‘rooms’ prepared for each one of them: there, you’ll find all the most iconic and important moments that said character had in the story.

It’s not just manga panels, either, with some of them even being animated!

There are rooms for 38 characters to explore, giving this online Attack on Titan exhibition a fair bit of content. Anique already gained a lot of goodwill last year thanks to their fantastic Serial Experiments Lain exhibition, which was swiftly followed by others for Himouto! Umaru-chan and The World Ends With You. The fact that these are free honestly boggles the mind, especially considering how much work goes into the environments.

Nevertheless, if you do want to spend some money, then there are some goods on offer as part of this online Attack on Titan exhibition. They range from your regular character goods to some surprisingly tasteful socks, as well as ‘memorial rings’ that can cost up to ¥48,400! Check out the store page for more.

In any case, it was only while wandering around the exhibition that I realized just how good Attack on Titan’s characters truly are. The protagonist is usually the star in events like these, but I actually found myself going straight to Hange’s room first. Even apparently minor characters have something to say for themselves, making the idea of giving Flegel Reeves a room all to himself not such a crazy idea.

Remember when he helped the Survey Corps overthrow the government? That was pretty cool.

Anique’s online Attack on Titan exhibition is open now. It will remain in service until 31 October.