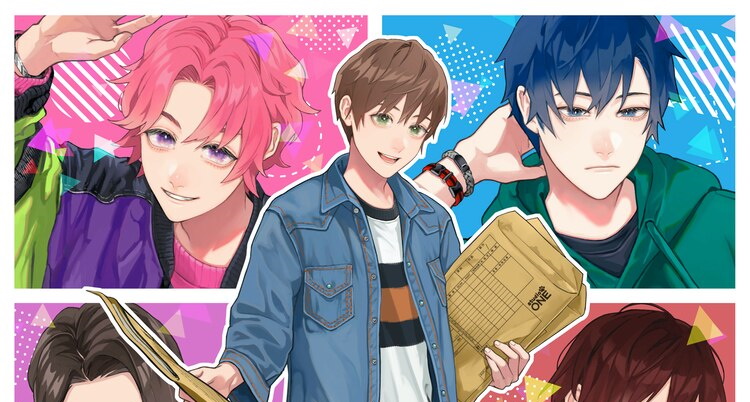 Studio Pierrot has launched the web manga ALL RUSH!! under its newly established +iRO label, hoping to explore the process of anime production and cash in on several trends along the way.

To see an animation studio take on the world of manga is unusual, but not entirely unexpected. Over the past couple of years, we’ve seen a litany of big companies try their hand at such endeavors: Hakusensha launched the Faust’s Powerful Drug channel last October, for example, bringing several original web manga to YouTube.

All of this is arguably tied into the stratification of the manga industry, where series no longer have to be serialized in the biggest magazines to be successful: in fact, many major magazines are now poaching titles that originally appear on Twitter and Pixiv. Whether Studio Pierrot’s new label +iRO can manage to replicate this success remains to be seen, but ALL RUSH!! is certainly aiming to do so.

First of all, ALL RUSH!! will be serialized for free on Twitter, thus boosting its readability and potential reach. Such series as This Croc Will Die in 100 Days benefitted from the virality that this platform offers, eventually making its volume release into one of the highest-selling of 2020. What’s more, it features character designs from prominent illustrator Urita Uri, already known for their beautiful illustrations of beautiful boys. Clearly, it’s aimed at the female otaku crowd.

The success of Shirobako also shows that stories about the anime industry can be popular, and what better company to produce one than Studio Pierrot? Across their long history, they have produced many iconic shows, although one imagines that ALL RUSH!! won’t talk about the epidemic of overwork and low pay that is currently afflicting the industry. The cute boys in the key visual look far too happy for that.

Chapter 1 of ALL RUSH!! will go live via the official Twitter and Instagram accounts on 11 June. Although the character designs were provided by Urita, the actual manga will be drawn by Ino Koudai. It will follow the daily lives of the characters in the fictional anime studio ‘studioONE.’