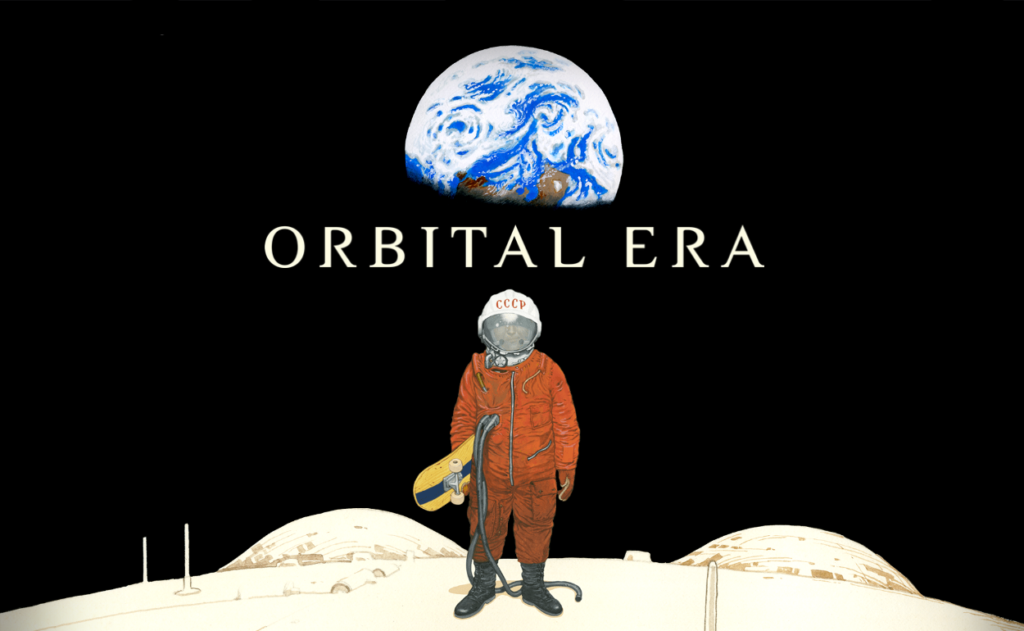 After much anticipation, it was revealed today that legendary AKIRA creator Katsuhiro Otomo’s previously announced ‘new project’ would indeed be a new theatrical movie, titled Orbital Era – details of which were shared during Otomo’s panel as a Guest of Honor at this year’s Anime Expo, including an initial teaser trailer courtesy of production studio Sunrise. Check it out below:

Katsuhiro Otomo described Orbital Era as a “Coming of age movie” that takes place on a space colony over the course of “several seasons.” It’s through these changing seasons that the characters’ relationships change, in turn.

Some early illustrations of Orbital Era‘s setting and main character were also revealed during the panel, which you can check out below:

Early illustration of the main character, he’s from America but no other details are given.#OrbitalEra #KatsuhiroOtomo #animeexpo #ax2019 pic.twitter.com/4GcZVPbwk8

Otomo said that this main character is from America, but – as producer Motoki Mukaichi noted during the panel – it is ironic that he wears a CCCP (USSR) spacesuit in the key visual. I wonder, however, if this is a hint that the film will feature a type of alternate history, where the old distinctions between nations no longer matter?

This certainly is a possibility, especially since Otomo said during the panel that Orbital Era “skews more towards fantasy than sci-fi.”

Regardless, seeing Otomo return to his science-fiction roots – if only in part – is a welcome sight. The director’s last feature film was the 2013 Steamboy, which was more steampunk than high science-fiction.

It’s also worth mentioning that this good news was already spoiled (in part) by Anime Expo themselves, who adorned the Los Angeles Convention Center this year in a giant poster to advertise the new Katsuhiro Otomo movie, now known to be Orbital Era.

Such news was clearly too exciting for the organizers to hold back, it seems. That being said, it’s not like there was a lack of other exciting announcements to be had during the panel – rather, the announcement that the AKIRA manga would be getting a full anime adaptation was successfully kept under wraps to much excitement.