Ore, Tsushima Cat Manga Will Get an Anime in Summer 2021 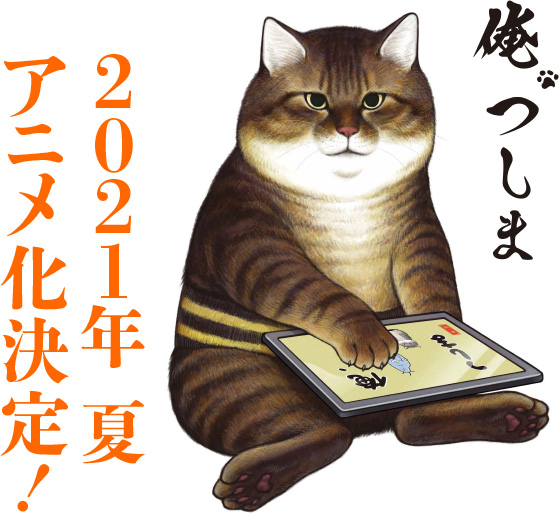 Just in time for National Cat Day, Shogakukan announced that the manga Ore, Tsushima will be adapted as a TV anime series. The series about a cat lady and her felines can be translated as I, Tsushima, or I’m Tsushima the Cat.

We don’t have a promo video for the new anime yet. But, if you want some idea of what this might be like, we do have a promo for the manga which was posted in October:

The series will feature Akio Otsuka (Blackbeard in One Piece, All For One in My Hero Academia, etc.) as the large tiger tabby Tsushima. Mayumi Tanaka, better known as Luffy from One Piece (also Krillin from Dragon Ball and many others), will play the cat lady.

Although the frail-looking character has the nickname ‘Ojii-chan,’ or Grandpa, the first introductory page of the manga indicates that she is definitely a woman who cares for several cats. It seems that Tsushima started out as a strange cat in Ojii-chan’s garden. (In fact, more than one cat joined my family in similar fashion.)

Jun Aoki, the director for the oddball comedy series Pop Team Epic, will direct Ore, Tsushima. The anime will be produced by Fanworks and Space Neko Company.

The series is based on a manga by Opunokyodai. Judging from the visuals that we have so far, the anime will apparently keep the manga’s clever and unusual habit of realistic-looking cats and a cartoony human. 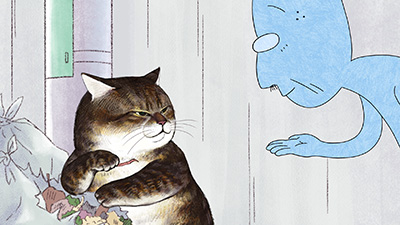 You can find Shogakukan’s website for the manga here. They have information on the anime series here. Supposedly, the anime will have its own website, but so far there’s just an empty page there.

The anime adaptation of Ore, Tsushima begins in Summer 2021.

Dance Dance Danseur Being Adapted Into an Anime Series

Tsuki to Laika to Nosferatu to Get Anime Adaptation in 2021