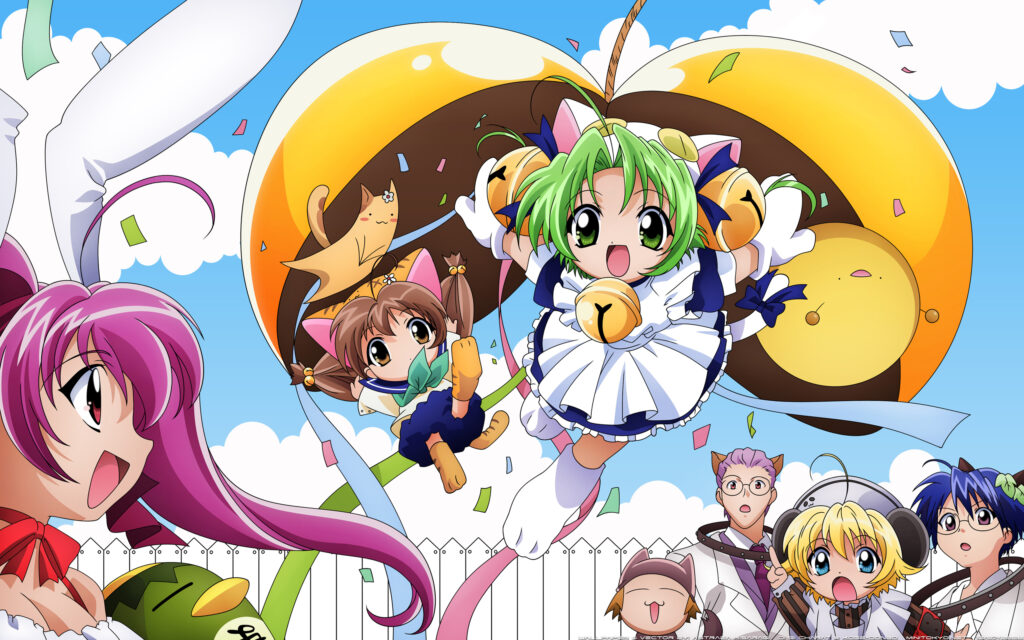 That we’re getting a new Di Gi Charat anime in the semi-near future directed by Hiroaki Sakurai, the man who helped introduce Akihabara to the world by sculpting it as a nonsensical wonderland in those original shorts and specials, could turn out to be a small miracle.

The show and specials were way too entertaining to not develop a life of their own despite their origins. See, Di Gi Charat only existed in the first place as a means to bring Dejiko to life, a mascot designed by Koge-Donbo for a locally famous nerd merch chain not-ironically called Gamers. Effectively the show should be nothing more than a giant advertisement, but Sakurai and his team at MADHOUSE crafted a well left-of-center otaku comedy that more than holds up. We checked.

Bratty idiot princess Dejiko, her dry sister Puchiko, and their ball-shaped caretaker Gema hail from the alien ‘Di Gi Charat’ planet, but for whatever reason, they all settle down in Akihabara and get part-time jobs at the local ‘Gamers.’ Original, we know.

These alien life forms, perhaps the ‘first exposure to the Chibi’ art style many international fans encountered, ran around the then flourishing and still pure geek haven raising all kinds of hell. Aspiring cosplay idol and regular human Rabi En Rose and fellow bratty idiot rival alien girl Piyoko end up joining the fold, along with a few secondary characters like the various Circa Year 2000 version of your stereotypical deep otaku freaks who’d hang around Akihabara in the first place.

Wait a second… would an anime that existed just to drum up revenue at Gamers really go and roast their own clientele like this? Yes, lovingly and brutally. While anime that comments upon and pokes fun at otaku sub-culture are dime-a-dozen now, Di Gi Charat was released when Japan’s public perception of otaku was still tainted by the ‘otaku killer’.

The city had found its denizen by the late 90s, but the show was one of the first anime to both capture the essence of Akiba and then make fun of it.

However revolutionary, that was not all Sakurai and MADHOUSE accomplished. Dejiko, and all her wacky pals manage to be engaging all on their own with loads of visual gags, both big and small, coupled with plenty of endearingly stupid banter brought to a boil with shockingly precise comedic timing.

Imagining a modern Di Gi Charat is a little difficult… Let’s face it! There’s no way it could be as accidentally transgressive and cutting edge that it was. We’ll be happy if Hiroaki Sakurai’s simply able to put something true to the cartoon spirit of the original. Having gone back to the old material in the meantime surprised us with how funny so much of its humor remains.

Even if you know nothing about Akihabara, it’s rare that a glorified series of commercials could be so charming.