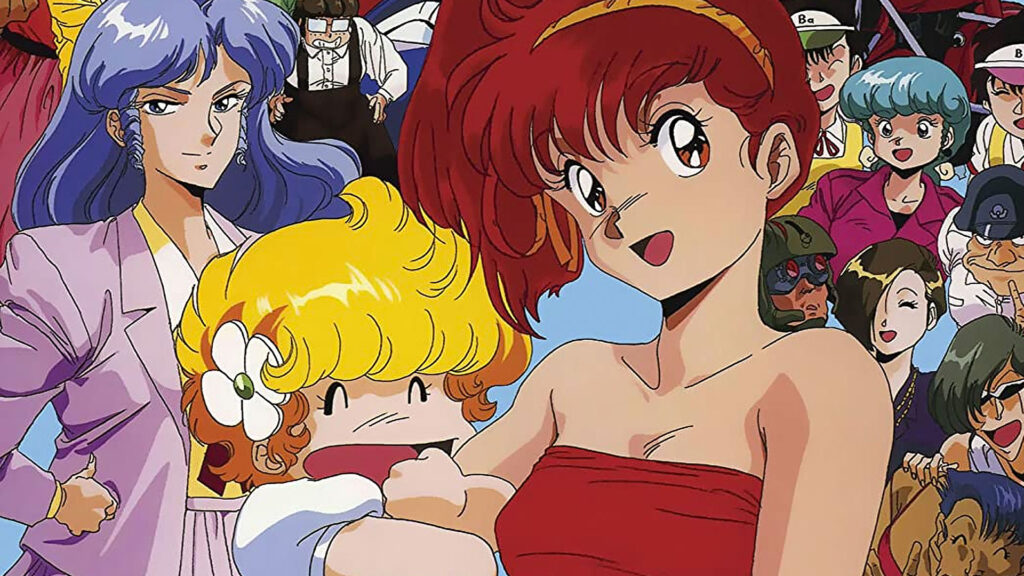 We thank and applaud the honest-to-god heroes at Discotek Media for their hard at work restoring Project A-Ko to never-before-seen quality for half a year.

Never considered part of the arbitrary ‘Anime Canon’ like your Princess Mononokes and Akiras, the original materials for the 1986 cult-within-a-cult classic were thought long lost, leading Discotek to utilize pioneering state-of-the-art techniques along with tons of hand-touch up to present a revolutionary restoration.

A personal favorite amongst the OTAQUEST staff, we share their belief that A-Ko’s is essential anime and have been cheering on their efforts.

We’re almost sad to report those efforts have been trashed, thanks to a newly unearthed Project A-Ko film reel none of us can quite believe exist.

Looking at the above footage from the brand new full HD transfer from the original Project A-Ko film strips, undoubtedly these materials make for the best possible outcome. We imagine Discotek’s staff wish they could’ve saved themselves half a year of work, and we applaud them for having the courage to shelving all that effort in exchange for providing us with the best Project A-Ko possible.

Doubly frustrating is that this film reel was impossible to find all this time because of a simple clerical error. It was thankfully discovered by AnimEIGO’s Robert Woodhead, whose own anime preservation efforts continue to this day.

While it will be sold commercially, so much love and effort has been smashed into this Dream-Come-True Project A-Ko film release, that we definitely consider it a for-fans by-fans effort. Getting A-Ko and Daicon III and IV better than we’ve ever had them before around the same time could be considered an anime miracle. However, it was no ‘kamisama’ that found and restored these animated palettes of concentrated joy; it was the result of Real Deal Anime Appreciators spending long, sleepless nights wrangling their software to do the job.