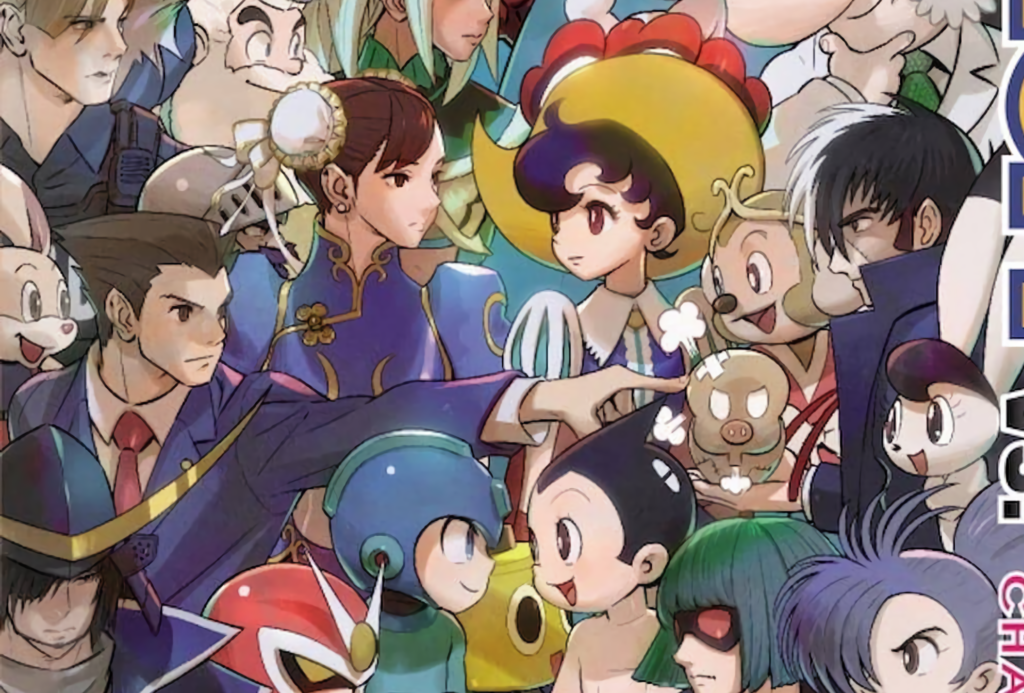 A recent collaboration between game studio Capcom and the legendary Osamu Tezuka has got me thinking: what would a fighting game based on the properties and characters of the ‘God of Manga’ really look like?

To be clear, the actual exhibit that the “Capcom vs. Osamu Tezuka Characters” artwork has been created for has nothing to do with an actual fighting game; it’s an art exhibition that will depict the Capcom characters in Tezuka’s style.

Nevertheless, it certainly looks like a promotional image for an Osamu Tezuka fighting game, so my imagination ran wild. While such a title would probably be an impossibility due to legal issues and the current consumer market, why don’t you join me in a little brainstorming?

Who Would Be on the Roster?

Any fighting game worth its salt has to have a good roster of characters. This is what separates the boys from the men; the Super Smash Bros. from the Masters of Teras Kasi. Of course, it’s not just about who appears – it’s also about how they play – but we will deal with gameplay in a separate section.

For now, let’s think about who would be in a potential Osamu Tezuka fighting game. All of the titular protagonists would have to be there: Astro Boy from Astro Boy, Black Jack from Black Jack, Kimba from Kimba the White Lion, as well as Sapphire from Princess Knight. Hyakkimaru should also be in there, even if his name isn’t in the title of his series (that being said, Dororo has been called Dororo and Hyakkimaru in some adaptations). 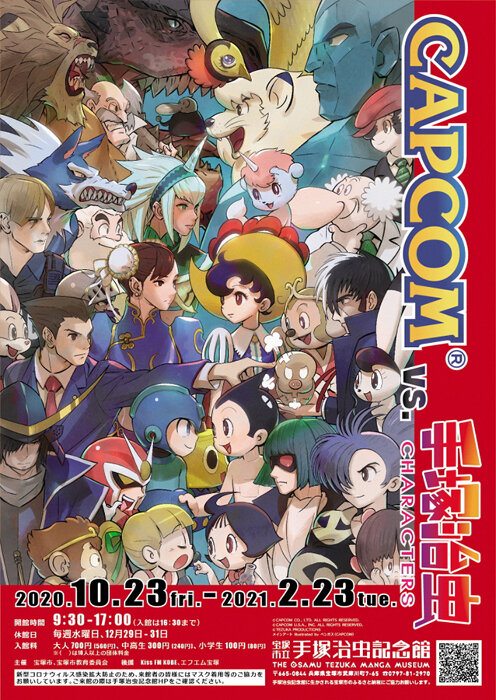 But what about some more left-field choices? Going from the key visual, Shunsaku Ban might be a good pick: his rough and tumble fighting style would make him perfect as a key representative from the author’s “star system.” Uran and Pinoko could also be interesting: while Uran would essentially be an alternative version of Astro, Pinoko could whip up a storm by mishandling medical instruments.

Still, we are getting ahead of ourselves here. If we are simply determining the roster for our imagined Osamu Tezuka fighting game at this stage, then we have to lay down some ground rules: the creator’s roster is simply far too big to proceed without doing so. 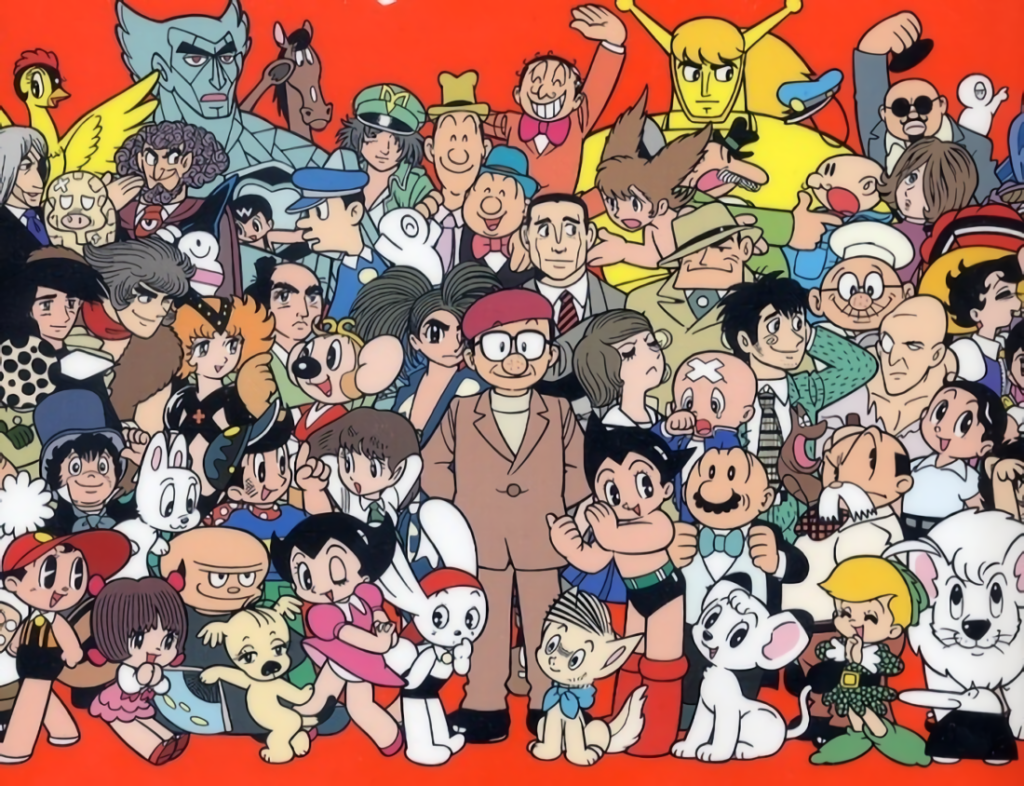 For starters, it is probably best that we stick to characters and titles that would work best in a fighting game format. This does not necessarily mean just Tezuka’s more action-oriented series, but ones that would feel right in a crossover fighting game. As a result, I think I’m going to say no to any candidates from his more adult or political works.

Even if they form a very interesting and important part of his career, including Hitler from Message to Adolf or Siddhartha Gautama from Buddha would be a little insensitive. The Phoenix from Phoenix would also probably be a little too overpowered.

How Would They Play?

Now that we’ve set some ground rules, the rest of the roster can be left to your imagination. For now, let’s think about how the characters we’ve already introduced would actually play in an Osamu Tezuka fighting game.

As an action protagonist, Astro’s play style would be pretty easy to figure out. We already get a good sense of his abilities from his series, and adapting these into directional inputs and button combos would come quite naturally: just simply make him into an all-round fighter with plenty of physicality owing to his superhuman strength and a couple of ranged attacks from his arm cannons. Oh, and his flight thrusters could make for some excellent recovery.

Black Jack, on the other hand, would require a little bit more imagination. He isn’t really a super physical protagonist, even if he isn’t afraid to get a little bit handy every now and again, and so the majority of his moveset would have to be centered around the use of projectiles. This is pretty easy, as he actually throws scalpels in the series, so simply add some other medical instruments and you’re golden.

Much like Astro, Kimba from Kimba the White Lion (also known as Jungle Emperor Leo in Japanese) would be quite easy to adapt: just have him control like a, well, lion and get him chomping at his opponent’s throats. Perhaps some of his animal friends could come and help him out in a “Final Smash”-type ultimate move, if our imaginary Osamu Tezuka fighting game turns out to be a game like that.

Sapphire and Hyakkimaru fit quite nicely together. Both characters use swords, so simply design a move set around that and you’re set. That being said, Hyakkimaru would definitely be less of a conventional fighter than Sapphire: not only are his swords part of his body, but he also often fights together with his ‘brother,’ Dororo.

While Dororo is undoubtedly an important character in his own right, it wouldn’t make sense to make him a fighter on his own. Hence why I imagine Hyakkimaru and Dororo to fight together – something along the lines of Duck Hunt in Super Smash Bros., or Banjo and Kazooie. That way, our imaginary Osamu Tezuka fighting game could pay homage to the series without cutting out an essential character.

How about the more left-field choices? As mentioned, Shunsuke Ban would be perfect as an up-close-and-personal boxer like Dudley from Street Fighter, although you could also make use of his fourth-wall breaking tendencies. Uran, meanwhile, has a lot of scope: her personality and abilities change quite a bit depending on the version of the series that you engage with, so the sky’s the limit. For the most part, though, I envisage her to be a Dr. Mario-style alternative version of Astro.

Pinoko, finally, would probably be my main – if she was done right. You may be asking yourself why I have lumped together Hyakkimaru and Dororo but not Black Jack and Pinoko, and the answer is simple: I think there is far more potential for a Pinoko character in our imaginary Osamu Tezuka character than may first seem.

Think about it: imagine an ‘accidental’ fighter along the lines of Villager in Super Smash Bros. – only, instead of throwing potted plants and bowling balls, Pinoko could throw medical trolleys and petri dishes. It would be hilarious, as well as the perfect representation of her character.

How Likely Is an Osamu Tezuka Fighting Game?

Not very. While Kodansha has managed to publish quite a lot of his output over the years as part of the ‘Osamu Tezuka Manga Complete Works,’ many of the rights to his most iconic series lie with different publishers. Trying to get them all to agree on licensing them for the sake of a fighting game would be difficult, especially since the creator’s moment has passed.

Like it or not, Tezuka’s manga is hardly as popular as it once was. Certainly, it is regaining some popularity thanks to recent critical acclaim, but the author is nowhere near as well-known now as he was during his heyday. As a result, convincing a game studio or even publisher to take on this project would be nigh-on impossible: the financial incentive simply wouldn’t be there.

Still, though, it is fun to imagine what such a game would turn out like. Furthermore, there are also dozens of games based on Osamu Tezuka properties out there, such as Astro Boy: Omega Factor, which was listed by Tony Mott in his book 1001 Video Games You Must Play Before You Die.

So while we may never get the chance to duke out in an Osamu Tezuka fighting game, there are almost certainly other interactive worlds we can escape to.

How would you design an Osamu Tezuka fighting game? What characters would you put in? Let us know via social media or our Discord server, linked below.