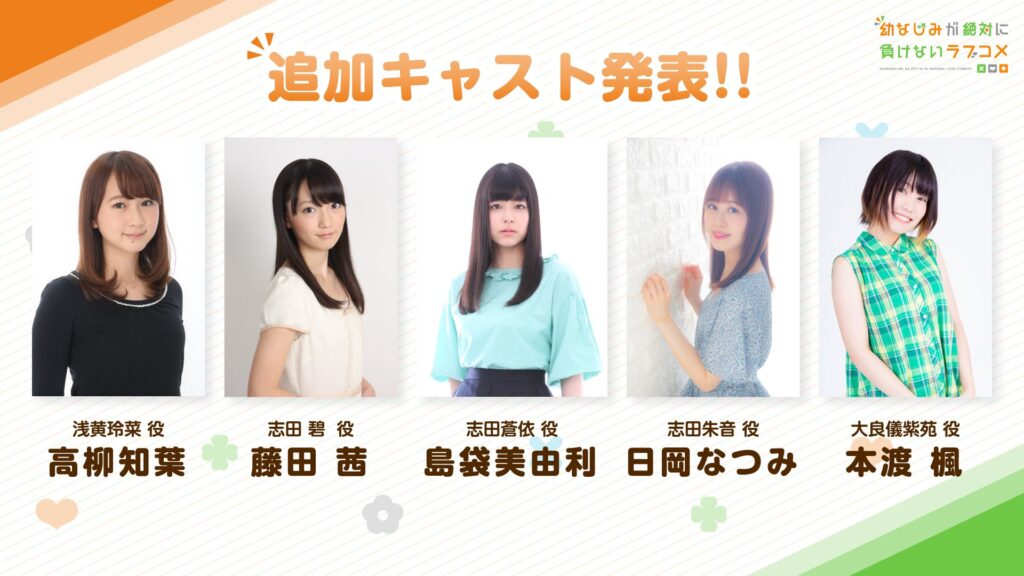 The revenge-based romantic comedy anime series Osamake: Romcom Where The Childhood Friend Won’t Lose has added several new characters to its cast.  They revealed the five new voice actors on Monday during a special program which was livestreamed on Kadokawa’s channel at YouTube:

As it so happens, I haven’t read the light novels that the anime is based upon. But it seems that three of the new characters will be younger sisters to Kuroha Shida. The other two will be new supporting characters. All of these girls could potentially add more complications to this already tricky love triangle plot, which is apparently headed for harem territory.

These new characters will continue the color-coding scheme that we’ve already seen with Kuroha (black), Shirokusa (white), and even Maria Momosaka (peach):

Incidentally, a preview of episode 4 was posted to YouTube on Friday:

The video shows that the episode will feature ‘Momo,’ who briefly got introduced in episode 3. The new episode should come out on Crunchyroll on Wednesday.