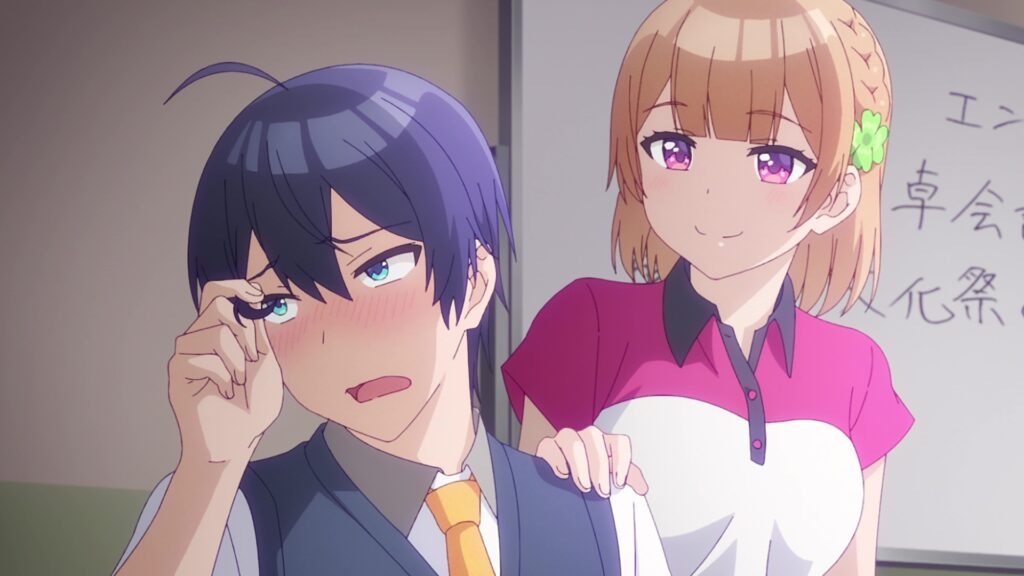 The best girl is not the childhood friend because she doesn’t win the lead’s heart. That’s been one of the more common tropes of anime in 2021, but Osamake (Osananajimi ga Zettai ni Makenai Love Comedy) is looking to change that. The story follows Sueharu Maru who is rejected by his first crush, the cool beauty Shirokusa Kachi. Maru’s childhood friend, Kuroha Shida, gives him an idea to get revenge by posing as lovers.

The initial premise and feel of the series reminds me of Masamune-kun’s Revenge, Nisekoi, and Oresuki. Those are off-kilter romantic comedies that offer new twists on confessions and high school dating. The hook of Osamake hinges on the idea of childhood friends losing out and how Maru and Kuroha plan to make Kachi jealous by being in a fake relationship. 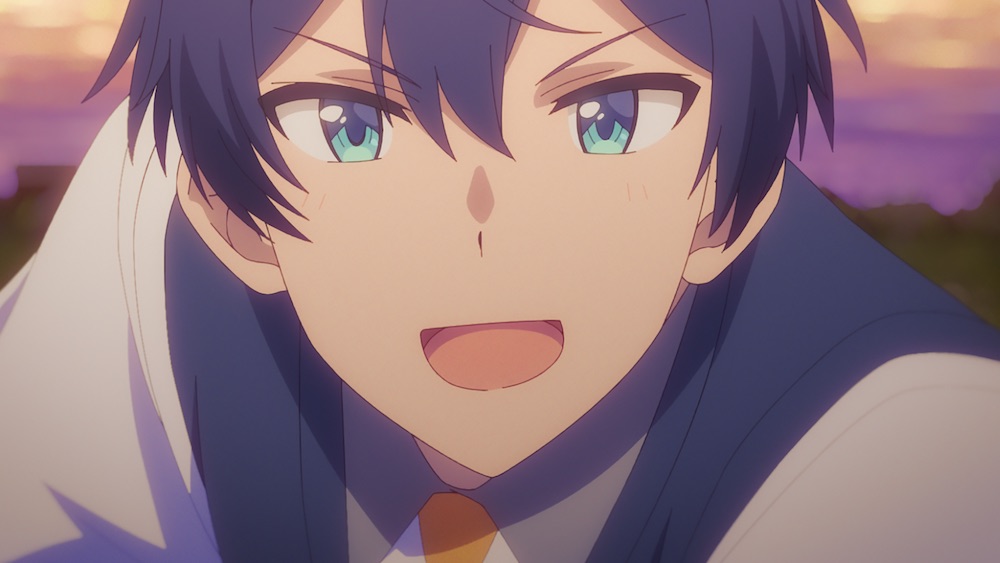 This first episode is kind of a mixed bag because there’s so much happening and not enough tension leading into it. Aside from getting to know Maru and friends, nothing really significant occurs and the anime’s following a traditional romantic comedy script so far.

Doga Kobo’s animation has also received some attention for its lackluster, mediocre quality. While I agree it looks standard and not really impressive, I think it’s still of decent quality and believe the production should still be consistent throughout its run.

I find Maru’s being revealed as a former child actor interesting because it’ll play into how he’ll make his act with Kuroha work. Hopefully, we get to know more about his past and possibly a lost mother. I especially like Kuroha’s personality because she acts like she’s more than Maru’s childhood friend and seems to always have the upper hand. They’ve known each other for quite a while and she has this big sister vibe, even though they’re the same age.

Yes, I’m biased, because I have a penchant for girls who make the first move. I also sympathize with guys who run away, afraid to confront their feelings. 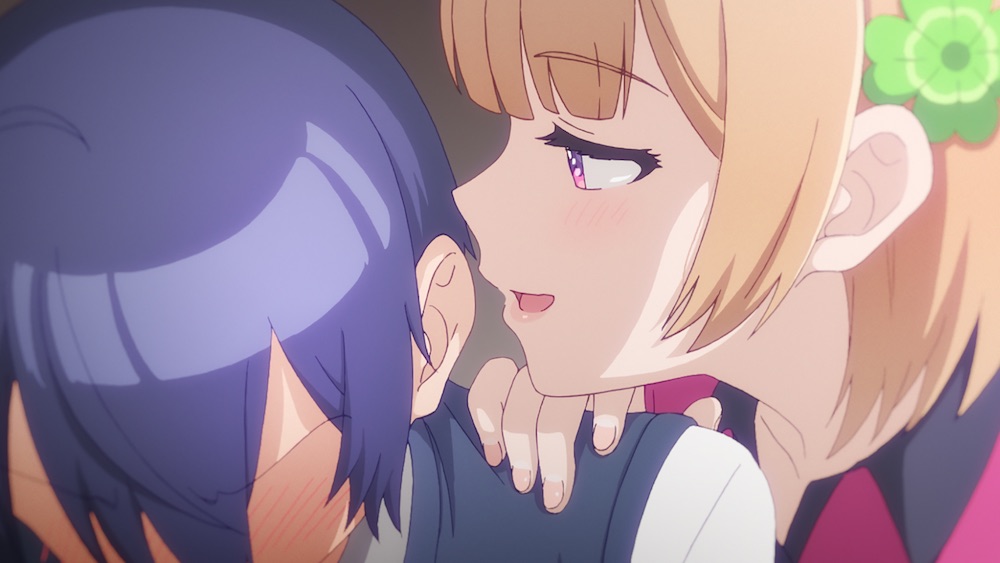 It will take time for us to really like Osamake‘s characters. Right now, I wouldn’t be surprised to see most people hating them. I don’t think it’s a mean-spirited anime, but there’s enough potential to go that direction if they play it off comedically. The conversation about anime romantic comedies and harems today has a lot of fans weary and cynical about who the guy will ultimately end up with. It’s been a longstanding joke that the childhood friend doesn’t win this battle, so I hope Osamake explores this by offering a unique take and rolling with its own joke.

On the voice acting side, Osamake is a who’s who in ensemble casting, with some familiar actors playing key characters. Yoshitsugu Matsuoka is the anchor of this cast so far, excelling at portraying unfortunate harem leads and guys who are down on their luck. He’s worked with Kuroha’s voice actress Inori Minase on Danmachi and The Quintessential Quintuplets and Nobunaga Shimazaki in Sword Art Online and Eromanga Sensei. Look at the voice cast and draw your own six degrees of separation connection because there are a lot more than you think.

I think I’m more optimistic than most people about this anime, and I’ll always have a place for any romcom harem anime that comes out every season. The anime still has a few weeks to either prove me wrong or entertain me throughout.

Osamake is currently streaming on Crunchyroll.