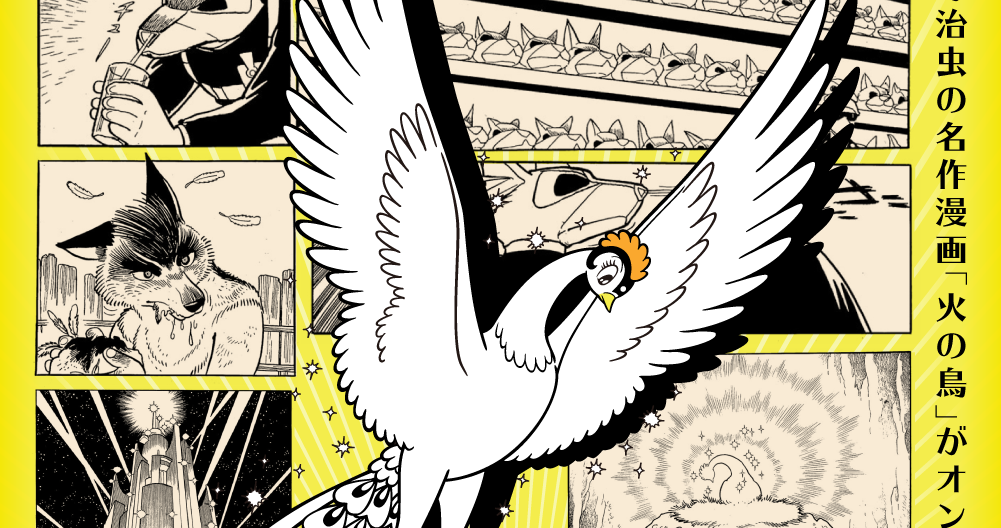 ‘Dramatic real escape game’ company Yodaka no Record is producing an escape room based on Osamu Tezuka’s legendary manga Phoenix this March, conducted entirely through Zoom. What many consider to be Tezuka’s life work doesn’t appear at first glance to be very suited to the escape game format, but dig a little deeper and you’ll find that the company has actually put a lot of thought into making it fit.

First of all, it is based on the series’ final twelfth story arc ‘Sun’ (Taiyo-hen), which was completed shortly before Tezuka’s death in 1988. In it, the Korean soldier Harima finds himself caught in the chaos of the Jinshin War, a real succession conflict that took place during the Asuka period. At one point, the story moves to the future, where Harima connects with his ‘future self’ Suguru, who inhabits a world ruled by the tyrannical cult ‘Hikari’ (or ‘The Light’) that worships the titular Phoenix. It is this part that the escape room takes as its basis.

In Yodaka’s Phoenix escape room, the participants take up the role of a ‘Shadow’: an undesirable banished by the cult to a facility at the bottom of the ocean. Just like a regular escape game, one must then escape from this facility and eventually find the truth behind The Light’s religious fanaticism. You can get a feel for the plot in the video below:

When explained this way, an escape room based on Osamu Tezuka’s Phoenix doesn’t sound like that bad of an idea. It also proves that you can basically turn any story into this format with enough imagination.

The best thing about this event for overseas fans, however, is that it is online. Following in the footsteps of the recent Detective Conan escape room organized by SCRAP, it appears as if such companies are now finally finding a way to go about their business despite the COVID-19 pandemic, given that this prevents large groups of people getting together. It also offers the possibility of participation for those outside of Japan.

Yodaka no Record’s Phoenix escape room opens its (virtual) doors on 14 February and will run every Saturday and Sunday, and on public holidays, until 21 March. Check out the official website for more details.